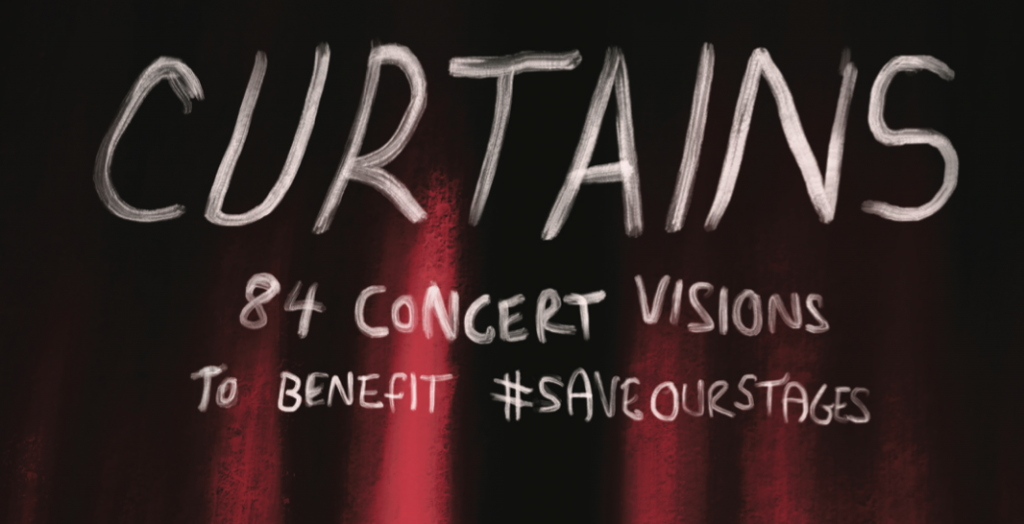 I’m very tall. I get to concerts very early. My whole life has meant accidentally being a nightmare for the people that show up after I do, and sometimes they take offense to that. It’s odd to try to apologize for who you are and how you are shaped, as someone throws a beer can at your head for being taller than them and having shown up two hours early. Ugh. It is what it is.

#SaveOurStages is a nation-wide movement to raise money to help venues and musicians survive the coronavirus shutdown. We are so close to the light at the end of the tunnel, and to lose any more venues in these final few months would just feel stupid. Somehow we’d regret it even more.

When I moved here from LA, the thing I worried about the most was the concert scene. In LA I lived at venues every night of the week. My joy was seeing bands. I panicked a bit that these folks wouldn’t roll through KC. In my first week here, one of my favorite bands in the world hit recordBar. The last time I saw them perform previous, it was at a stadium in San Diego where the venue audio was terrible. Here, I was among less than 100 people crowding toward the front of the stage, and quite frankly stunned that I went from a half-mile away to spitting distance.

This is all to say that the KC live music scene is what gave me sanity. And I can’t lose it. And that’s part of why this thing happened.

Me and my friend Meghan put together a book. 84 authors (including dozens of huge name folks) contributed stories to a book we just released. CURTAINS is a flash-fic anthology, wherein everyone involved wrote their own interpretations of what “the last concert” looks like. Some of them are funny or sci-fi; some of them are personal or bleak. Some of them are set at the end of the world. Some of them are set in Rome burning. It’s a delightful dabble in the concept of shows, in a time when we’re all forgetting what shows even looked like.

I’m hoping this helps get places like the Rino, recordBar, and Truman towards the point where shows exist again. Not just them, but everyone here. God, I need us to do it.

Here’s our big weird book. I hope some of you love it. 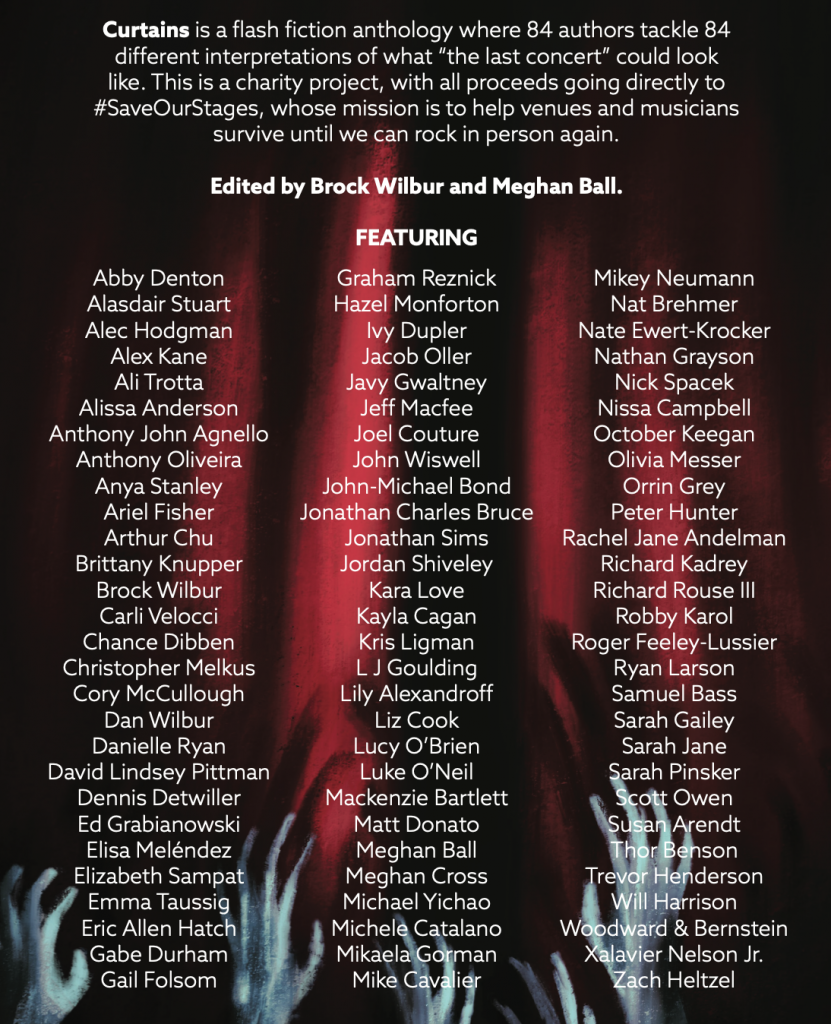