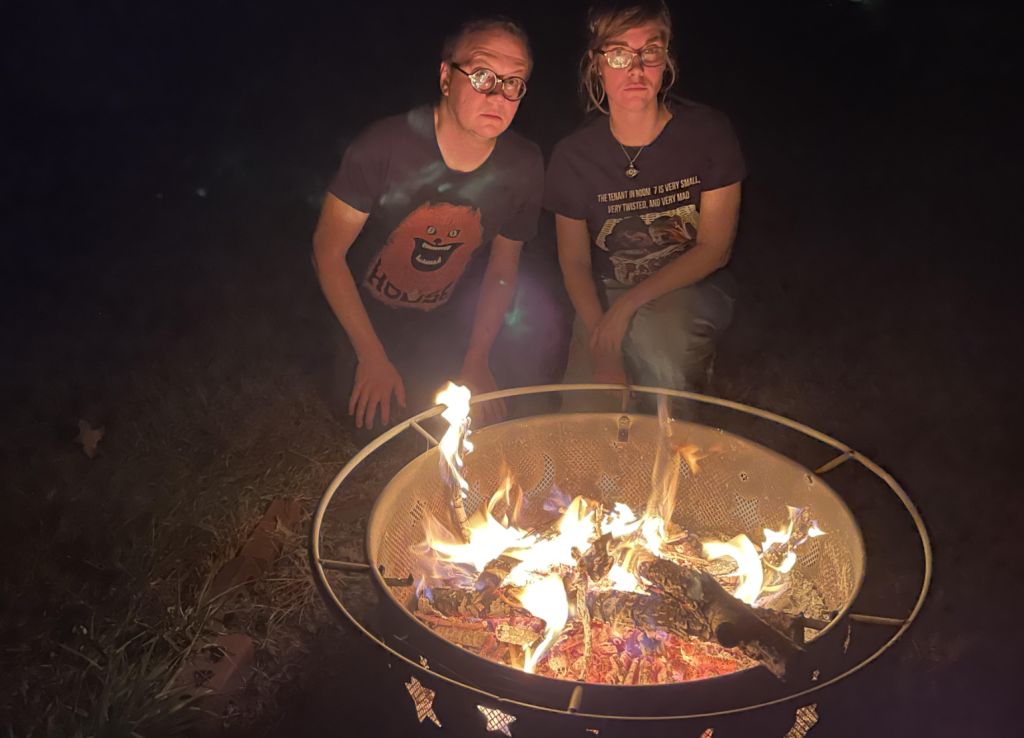 Nick Toti and Rachel Kempf were making their dreams come true in Los Angeles, working as filmmakers and screenwriters in the city’s entertainment industry. Then, the pandemic hit and in-person filmmaking dissolved entirely for the next year, and then a slow trickle of return in 2021. With their primary career on semi-permanent hold, the couple moved to rural Missouri, where they hoped to pursue their dreams without being trapped within the confines of one of the country’s biggest cities.

While their filmmaking careers are blossoming in Kirksville, MO, they also found themselves with the available time to start working on killer side projects. One of those launched last week with the anthology book series DieDieBooks.

DieDieBooks follows the model of other anthology labels from recent years, wherein each entry is a full book written by a different author, in a different style, concerning a single piece of media. 33 1/3 is a series that uses this approach to tackle individual albums. Boss Fight Books uses this to deep dive into individual video games. And now, Missouri’s own DieDieBooks is giving diverse voices a chance to tackle their favorite horror movies.

We caught up with the creators to discuss the first batch of releases, nuclear apocalypse, and postmortem publishing.

The Pitch: How’d you wind up making movies in Kirksville?

Nick Toti: When we moved to LA in 2015, we promised to give it five years and then re-evaluate our decision. Mid-2020, with the pandemic in full swing, we hit that anniversary and agreed that returning to the Midwest to keep following our dreams was going to be easier—especially when you aren’t sinking all of your income into the cost of living in one of the most expensive cities in the world. We’re both from the Midwest, so there was no culture shock or anything like that.

Rachel Kempf: We’ve already shot one feature that we’re finishing up editing right now. So we hit the ground running here. We’ve got a movie that we’re almost done with and now the book series. I used to work as an editor in the romance novel world. Some of those writers churn out a full novel every month, and fans still demand that they come faster. So editing five books this year for DieDie is nothing compared to that. When I was writing films in LA, people kept pushing me to write horror movies, and I can listen to anyone talk about horror movies. If you gave me a million people and they each explained why they loved a specific movie, I’d listen to all of them. In filmmaking back in LA, I was taking meetings and working with producers, but getting those things across the finish line are so difficult—and during pandemic nearly impossible. So we’re thrilled to be in Missouri, where we can finance our dreams and see them through.

Where did the idea to make an anthology film criticism series come from?

Toti: I’ve always loved helping my friends make stuff. I think I’m very good at it, because many folks just need a cheerleader, someone to say “Hey, that’s a great idea,” and offer them feedback. I’m someone who loves to invest in the projects of others, and I love to see them succeed. It’s cool to be a part of that. It’s one of the reasons we started building a DVD publishing company. We really only got one out the door, but we learned a lot about design, printing, and so on. Separately, Rachel saw me reading one of the Boss Fight Books video game books, and she said, “Wouldn’t it be cool if someone did that for horror films?” So we reached out to some writers, critics, bloggers, etc., and said, “Hey, we love how you write. Would you consider doing a book for us?”

Why go with a Kickstarter to launch the series?

Toti: Knowing your audience, especially how many books you need to order and what people are looking for in the future, is invaluable. We didn’t spend a year trying to build a social media following or anything like that, so we’re using this as a way to connect to a community of hardcore fans and less-diehard but equally invested readers. And Kickstarter has been around long enough now that most people know what they’re getting into and how to use it.

What makes DieDieBooks different than other film criticism anthologies?

Kempf: When people talk/write about their feelings around horror cinema, you’ve got everything on the spectrum from academic writing to personal experiences to film theory to the equivalent of fan art. We like the personal stuff when it’s couched in other things because it combines a historical weight with a cultural one.

Toti: People also love collecting things. Our designer has some great designs and ideas for making this series the kind of thing you’ll want to display on your shelf. We’d worked with HIM on ideas around that DVD publishing company, and so we’re taking a lot of what we learned from that project and sinking it into this.

Give us the elevator pitch for each book in the first run of the series. 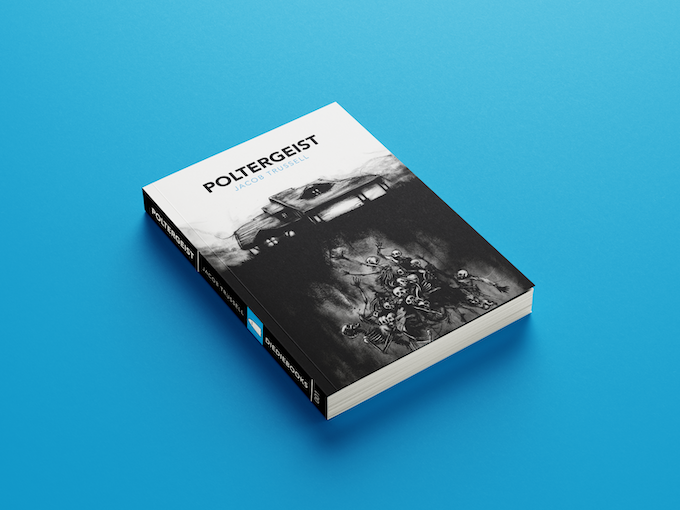 Toti: Our first book out of the gate is on Poltergeist and is written by Jacob Trussell. Jacob’s initial pitch was that the book would be analyzing how the movie dissects the American Dream, and is really looking at the American nightmare. As the book is developed, it became more centered on Steven Spielberg versus Tobe Hooper—who really directed this? But it’s still very much about that American Dream. It’s an exploration of how Spielberg’s career represents the American Dream and Hooper’s career is a very different vision of that, and how these two perspectives complement and conflict with each other. 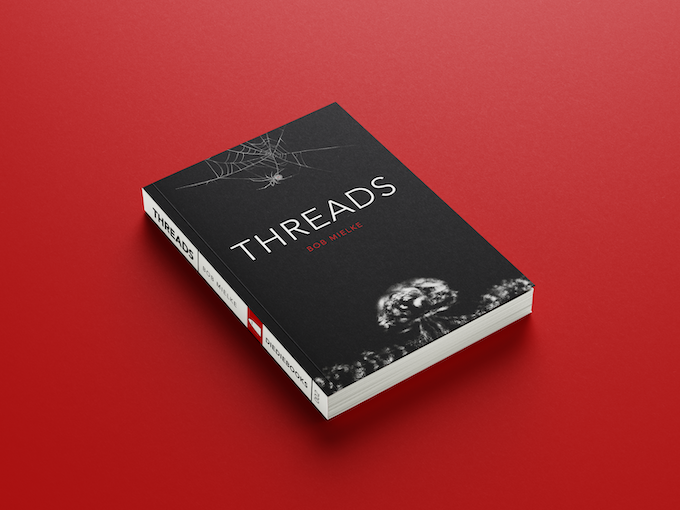 Then we’ve got Bob Mielke’s book on Threads. He has a five-decade career as an activist and scholar of nuclear studies. He’s been involved in a number of books on the nuclear field. We asked if he’d be interested in writing about Threads, which Rachel considers the scariest movie of all time.

We can’t believe you went with Threads over its Lawrence-based counterpart The Day After. Really betraying the Midwest on that one.

Toti: Bob does have an entire chapter on The Day After and it’s weight, because he thinks it is as important as Threads. Rachel thinks Threads is much scarier.

Kempf: The Day After is a disaster movie, but Threads is a horror movie. The Day After ends with a title card that says “This is what might have happened in a nuclear war.” Threads is less of a dramatization of science and more of seeing that apocalypse through.

Toti: Bob is a huge pop culture nut, and so he talks a lot about British movies and music at the time the film was released, and couches the film in a cultural and political period in the Cold War. 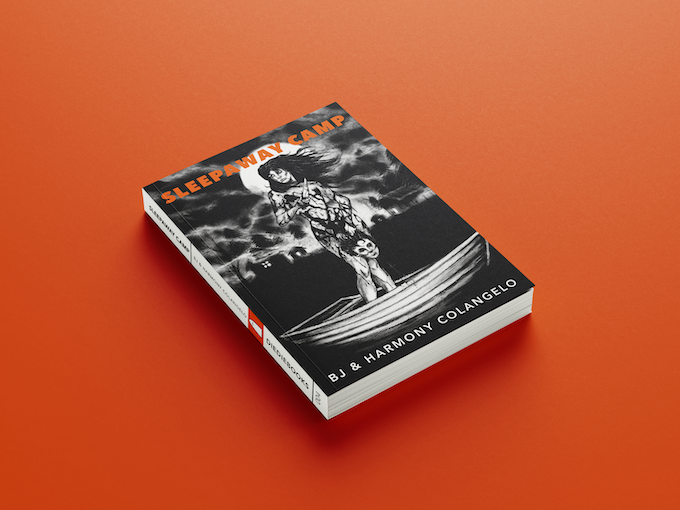 Sleepaway Camp is a book from BJ & Harmony Colangelo. They’re a married lesbian couple and they’d both previously written about the movie, but for different outlets. We happened to read both of those and then discovered they had a relationship and hoped that the two of them working together would make for a really interesting perspective on this controversial film. Looking at how it insects with the queer community and learning about it from their viewpoint, especially how the LGBTQ+ world has had a full spectrum of reactions to this over the years, turned out brilliantly. 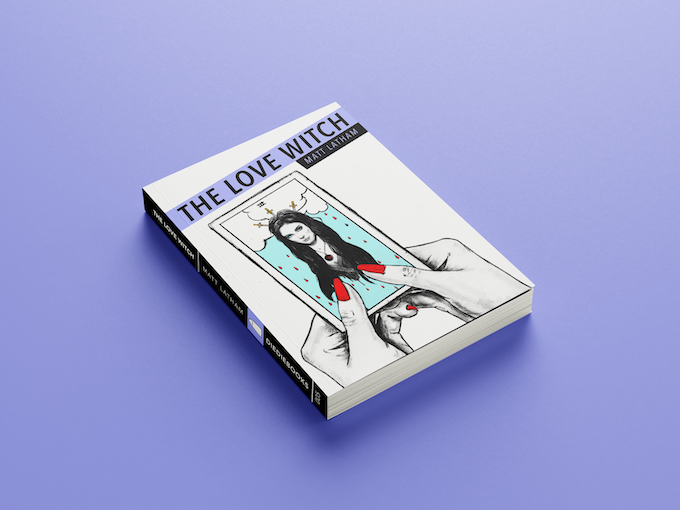 Matt Latham’s The Love Witch is interesting because he used to be a filmmaking partner of mine, and then he became obsessed with The Love Witch. It came out and for maybe a year it was the only thing he talked about. Maybe two years? It was the only thing he was ever talking about. He was obsessed. So giving him the chance to write this book was a chance to put that obsession out into the world for others. He’s someone obsessed with cinema and I think he was becoming disillusioned with the form, but then he saw this one film that was such a perfect example of cinema it brought him back to life. The book is a love story about a boy meeting a film and falling in love with it—a love story between a man and a movie. 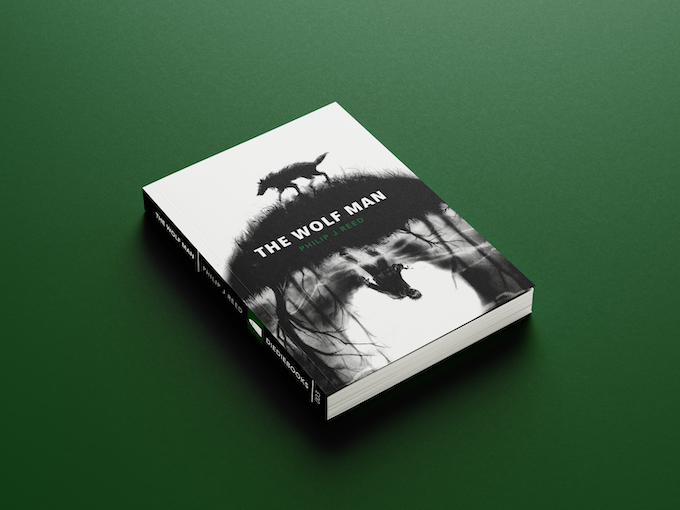 So, let’s talk about Philip’s book on The Wolf Man. For both of us, as people who knew him from collaborating on anthology work, I know this is tricky.

Toti: I’d read Philip J. Reed’s book in the Boss Fight Books series on Resident Evil and I didn’t love it, and that might be because I was never that excited about the games…

Sometimes people at Boss Fight Books write about games they don’t like. That’s happened at least once.

Toti: …But I did love how it had many horror movie references and big ideas. He had a fascinating approach to it and an interesting structure. So I sent him an email and he was interested in working with us. We danced around a few ideas and finally ended up on The Wolf Man. Specifically, what he wanted to do was write a book that analyzed the movie, but contextualized within how it parallels the tragic life of its lead actor, Lon Chaney Jr. So he wrote this book that alternates each chapter between analyzing the film and then flip to a biographic tale of Chaney, told chronologically in parallel to his movie. I’ve never seen anyone do this kind of comparison in a critical essay. And a few months later, Phil committed suicide, and now the book had this other level to it. Philip wrote about this tragic, conflicted figure in Lon Chaney Jr. who struggled with mental illness and chemical dependency. In the wake of Reed’s situation, it was clear the book was operating in some autobiographical ways. There was a reason he was drawn to writing this book about this film and this actor, and doing so in a very particular way.

Why should people get on the ground floor here with your Kickstarter?

Kempf: From the cover design to the authors we’ve chosen, we think what we’ve put together is something special. This is a series that’s from fans to fans. That’s a specific kind of communication and we think we’ve put that together lovingly.

Get on board with the DieDieBooks Kickstarter campaign.