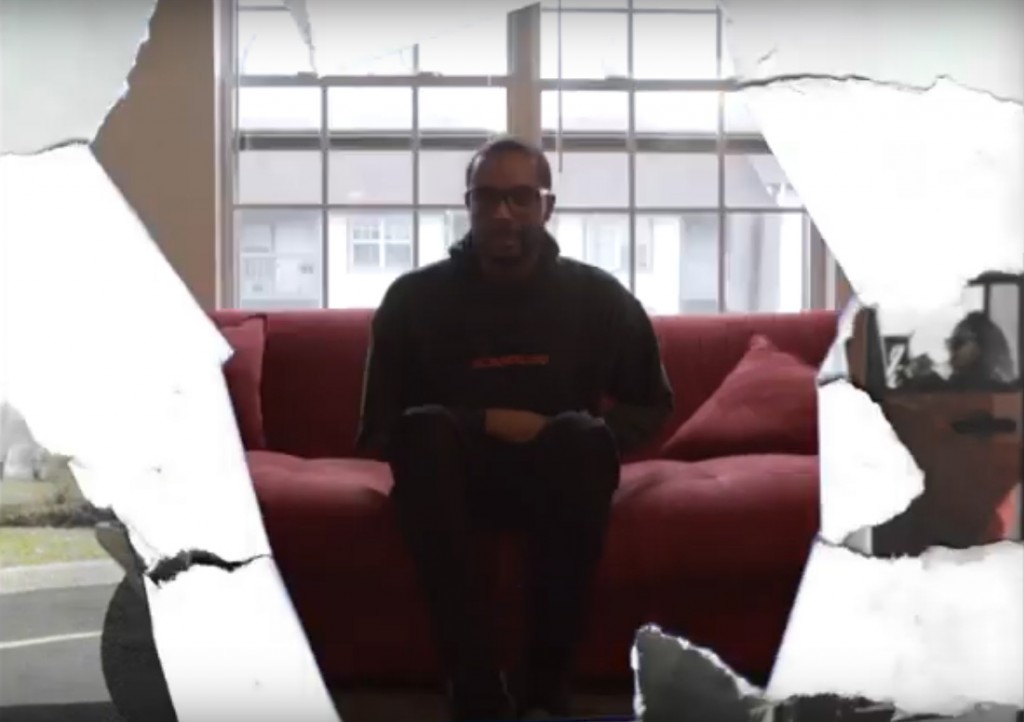 You’re stuck at home, because [gestures vaguely at everything]. You’ve burned through at least two seasons of some trashy show on Netflix, revisited all your favorite movies, and switched to podcasts when you feel the need to wall off with some headphones. However, lord knows you could use some new tunes, and maybe a trip outside. If you’re afraid of running into folks at the park, take a virtual walk thanks to all these sunny-as-hell, outdoor-set new videos. Don’t forget to check out our premieres for the Creepy Jingles’ “Circadian Rhythm Guitar” and Gullymarc’s “The Real One,” featuring Zarin Micheal, as well.

Floating lyrics over an untouchable sample of Roy Ayers Ubiquity’s “Everybody Loves The Sunshine,” RileyPnP’s new single lasts but two minutes. The Sam Kulikov-directed video is just as laid back as the track itself, seeing the rapper and his compatriot in a slice-of-life walk back to an apartment.

Long-running Lawrence old timey roots group the Alferd Packer Memorial Day String Band celebrated its 40th anniversary last year. So, it should come as no surprise that when the band performed at the Lawrence Train Depot on March 6, it was to celebrate guitarist and vocalist Steve Mason’s 70th birthday. There’s still a lot of pep in these folks, as you can see in this four-song selection from that night — and yes, they do their classic “Send Me to Glory In a Glad Bag.”

In this Nick Mays-directed video for “Darth Vader,” rapper Rory Fresco literally takes you to church — or at least near one — in this track off his new tape, Rated R. Fresco raps and moves in the bright sunshine while a young kid busts out lightsaber moves while watching the rapper work. Stick around to see Rory slap the hell out of “Bilingual,” in a short segment whose dark parking lot setting contrasts absolutely with the pastoral sunshine of “Darth Vader.”

You can snag Rated R at any number of digital outlets.

As “Mountains” goes on, Southside Dame’s lyrics are slowly but surely covered with a sweet melody line and a massive, pounding beat, resulting in a finale that just overwhelms with sound. The repeated layering of pages, and then breaking through them as a visual aspect might be my favorite part of IYBC Productions’ video, because it’s the perfect visualization for what’s coming through the speakers as the track unwinds.

In 2005, Kansas City’s Doris Henson went on tour opening for Billy Corgan’s solo tour. This live version of “The Power” from Doris Henson’s White Elephant was recorded at the Fillmore in San Francisco on July 15 of that year, and features guest drummer Matt Walker, who was playing with Corgan at the time. The dual drumming on this song is absolutely massive, so it’s no surprise that the audio’s a little blown out. Still, it’s a totally necessary viewing, and we’re amazingly thankful that Doris Henson frontman Matt Dunehoo went to the trouble of digitizing this for his Elk’s Pride Pictures YouTube page, which features another nine Doris Henson videos from that tour.

The latest video for the upcoming Tech N9ne LP, Enterfear, is featured on the Enterfear Level 2 EP as the first track, and it’s a doozy. As Tech raps in a plain black hoodie pulled tight about his face, he’s backed by various other aspects of himself. The G, the Clown, and the King all stand behind Tech, rapping and singing and dancing, full-on being his own hype men. It’s powerful stuff, and the way each video in this series has built upon the last has us beyond hyped for the eventual release of Enterfear proper.

Enterfear Level 2 is available at most digital outlets.

“This shit sounds like a cheap Paramore rip-off. How about you guys try to make something catchier?” So goes the voiceover at the beginning of the “Too Depressed 4 Sex” video, and then the group goes on to do just that. People keep talking aboput a baby boom nine months after this quarantine is over, but Blackstarkids tap into the idea that sometimes, all you want to do is lay in bed and listen to Frank Ocean because you’re too sad to bone. This is the second single off the band’s new Bedroom Records album, Surf, and it’s my new jam.

You can stream Surf from most digital outlets.