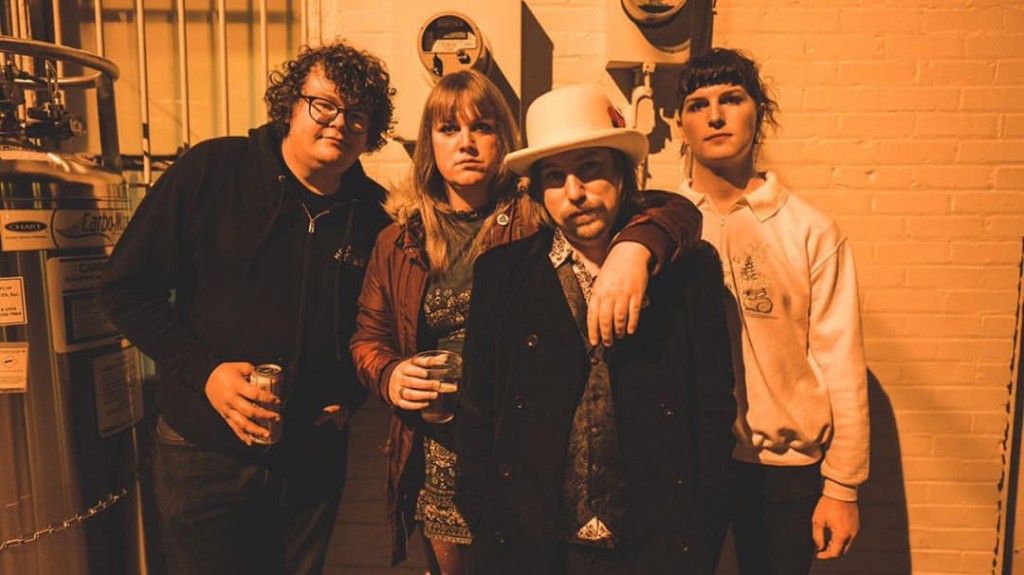 I first spoke with the Creepy Jingles‘ Jocelyn Nixon in June of last year, shortly after the band released their self-titled EP on High Dive Records. Since then, the band’s rapidly become one of my favorite acts to catch around town. Additionally, if you ever get the chance to hang out with them before or after they play, please take the opportunity to do so — they are some of the cleverest folks I’ve ever had the pleasure of having a beer with.

That means it’s with great excitement we premiere the band’s first-ever music video, for the track, “Circadian Rhythm Guitar,” off last year’s EP. You can check that out below, as well as read a few questions I had for singer-guitarist Nixon.

The Pitch: How weird was it performing for the camera with no audience — did it affect how you all acted?

Jocelyn Nixon: Well, personally, it’s very weird and unnatural to film [while] playing to a track with no audience. It’s just difficult to get a feel of how things are actually going or looking in a sterile environment where you can’t see what’s happening ’til you watch it back. We are all a big family, though, so we just laughed in between takes and tried to entertain each other by rolling around in chairs and playing door frame hoops.

What made you pick this track?

We wanted to feature one more song off the EP while we are working on finishing the full length album. As to why we chose this particular song: we all just voted as a band and this one happened to be the most popular opinion of the collective at the time.

Do you feel that there might be just a tiny bit of irony in releasing a performance video with no audience and lyrics which include “don’t let me go” at the current moment?

The irony certainly isn’t lost on me, but I don’t think any one of us could’ve planned for such a strange occurrence. When I wrote the song, it was more about coming out as a transwoman. Just trying to navigate my transition and fearing I might lose friends and family on the way. I’m essentially begging them to not abandon me when I was at my most vulnerable.

You can snag the Creepy Jingles’ self-titled EP on Bandcamp.