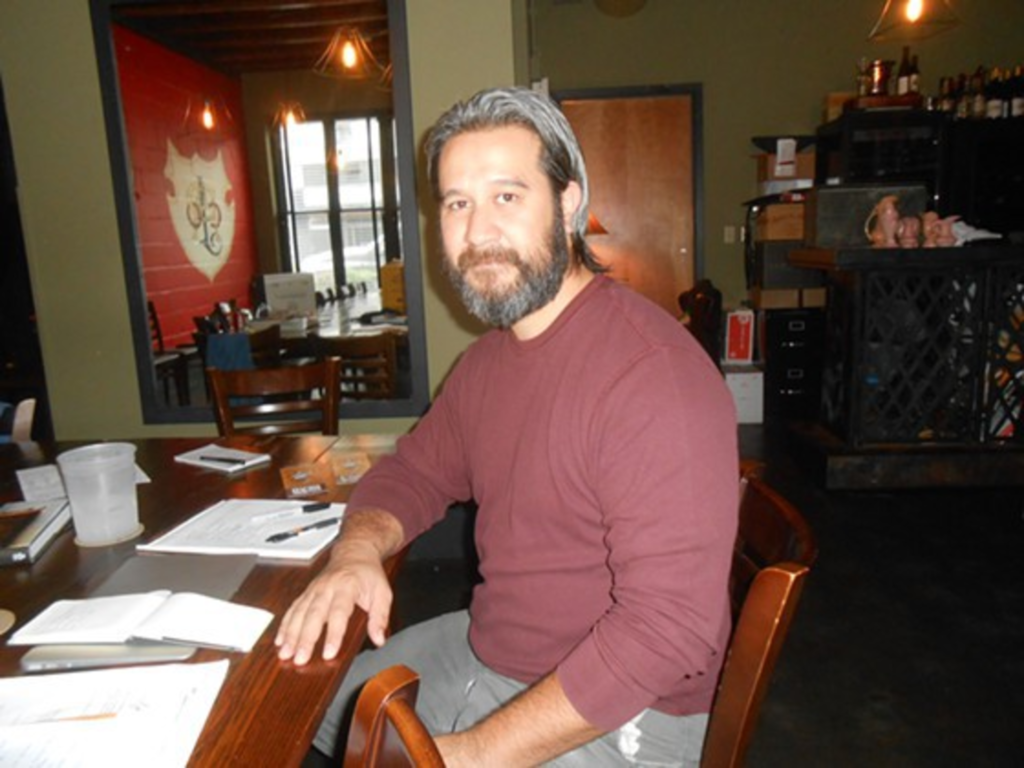 No, Howard Hanna, the executive chef at the Rieger Hotel Grill & Exchange, was not required to read the 1968 novel, True Grit, by Charles Portis when he was in high school. He did see the 1969 movie adaptation of the Portis book starring John Wayne and still plans to watch the 2010 version by the Coen brothers.

More recently, Hanna has read True Grit from cover to cover, taking plenty of notes – not for a class, but for a collaboration with the Kansas City Public Library for this year’s “Big Read” project, which kicks off on October 1 as a citywide celebration of the book, including an array of free public events, programs, book discussions, and a special exhibit at the Central Library.

Hanna’s contribution to the “Big Read” activities will be to create a three-course prix fixe menu – inspired by True Grit – using the same kind of ingredients that the characters used in the novel.

“When Henry Fortunato, the director of public affairs for the library, was reading the book,” Hanna says, “he was surprised by how often the book took on the topic of food. The characters actually eat a lot in the book.”

Fortunato asked Hanna to create either a special dish or a small menu inspired by the novel. Beginning on October 2, Hanna will introduce a three-course meal – starter, entree and dessert – using True Grit as a starting point. Patrons who order the meal will receive a sticker that they can take to the Kansas City Public Library and exchange for a copy of True Grit.

“We won’t be making cowboy food,” Hanna says. “Many of the staples used by characters in the book we already have on hand here in the restaurant.”

These ingredients include corn, pork, hominy and beans – and whiskey. Hanna hasn’t finalized the True Grit menu yet but is certain that the main course will include pork.

Pork will also be featured in at least one dish on the Rieger’s fall menu, which will be introduced at the two-year-old restaurant on October 1. Hanna’s menu will include pork cheeks, cured and smoked, as a main course. Another new dish will be a starter of roasted bone marrow paired with fried oysters.