Local businesses must tell their stories and build community, then explain: "Amazon puts all that at risk." 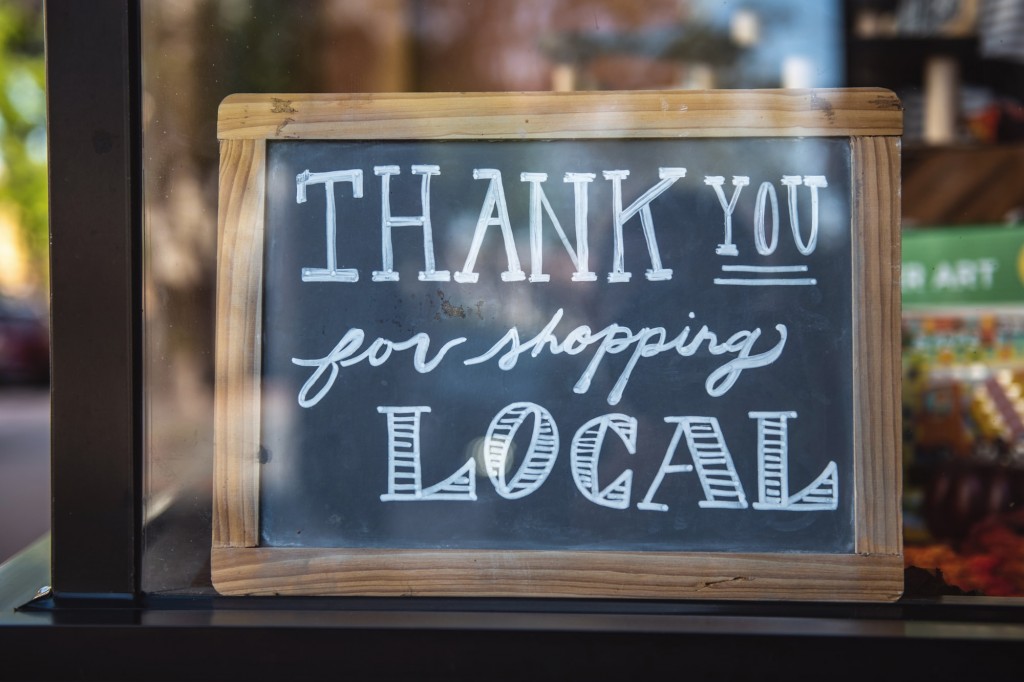 There is strength in numbers on Main Street.

Where there’s strength of vision the pervasive fog that is Amazon can be pierced, offering glimpses of an America that wants to shop differently. The numbers say there was a 100%+ increase of “available near me” Google searches in 2020 and that 72% of surveyed Nextdoor members view the hoped-for end of the COVID-19 pandemic as their opportunity to increase their local shopping. Nearly 6 in 10 shoppers  say they would change their purchasing habits to protect the Earth while 83% of younger customers want an alignment of values from the companies they support.

Perhaps no other American independent business owner knows better than Danny Caine that this desire for positive social change exists in our communities. His 2019 viral Twitter thread on how Amazon was impacting his Lawrence, Kansas book store launched him on a research project that became his book, How to Resist Amazon and Why: The Fight for Local Economics, Data Privacy, Fair Labor, Independent Bookstores, and a People-Powered Future!

Even a brief excerpt of this book’s description sets the tone for just how serious the struggle against the ruthless efficiencies of Amazon is:

When a company’s workers are literally dying on the job, when their business model relies on preying on local businesses and even their own vendors, when their CEO is the richest person in the world while their workers make low wages with impossible quotas… wouldn’t you want to resist?

Danny Caine believes we’re at a point where many customers are ready to say, “Yes, I want to resist!” This is news all small business owners need to hear and it was my honor to interview Danny and bring away a message I feel will strengthen all local entrepreneurs within reach.

‘Make a strong case for what you’re doing.’

Danny began by telling me about the incident that signified the time was right for his book.

Two decades ago, my first local business clients were most concerned with competing against big box stores like Walmart and Borders. Recently, though, I’ve begun to hear this paradigm described as a “red herring” because Amazon subsequently emerged as the most serious threat. I asked Danny if local businesses are having to fight on both fronts or if the landscape has changed and he commented:

“In truth, Amazon is a threat to all in-person retail. For a long time the big box stores were a threat to American downtowns and small businesses, and the rise of the bookstore mega-chains and other superstores did real damage. That damage made it easier for Amazon to expand unchecked into the monopoly they are today. Nowadays, when I look at the big-box bookstores, I think that if they disappear that makes Amazon even more powerful.”

Danny is the first to say no local business owner should try to shame customers into switching away from Amazon, given stark economic realities, but what I most wanted to know is how small brands can spark this change whenever possible. Danny explained:

“It’s always better to make a strong case for what you’re doing. Make sure to tell your story to your community, be really clear about what it is you think you do and how it builds community. Once you’ve sold that, you can simply say, ‘Amazon puts all that at risk.'”

I’ve sometimes been personally frustrated by seeing Main Street advocacy dismissed as nostalgia emanating from older customers with living memories of when business was done differently. When I asked if Raven Book Store’s most pro-local customers are confined to an older demographic, Danny answered:

“No. Our customers have a broad age range, and we hear from younger generations all the time that our pro-small business, anti-Amazon message is resonating. I also think it’s a feature of younger generations that people wish to shop at places that reflect their values. Every demographic report on our best-performing social media says that the people interacting with it the most are 30-45 years old.”

“The US already has strong antitrust laws, so a really logical first step is changing the interpretation of existing laws to allow stronger enforcement. A great next step would be legislation to prevent another company like Amazon from ever happening again. One way to do this is to break Amazon up so it can’t provide a third-party marketplace and compete on the same marketplace.”

Finally, I listened to Danny’s answer as to what small businesses need to do to move the fight against Amazon forward, and his community-based approach rings true to me:

“I think the answer to this isn’t so much in what small businesses can do, since that answer remains the same as it’s always been: provide a good or service that their community values, and provide it in a way that economically and non-economically enriches that community. That’s the bookstore model, and it will remain the bookstore model. What I am concerned about are systemic obstacles to being able to engage with that model: rising commercial rents, runaway corporate monopolies, economic barriers for younger or aspiring store owners, and economic racism that prevents people of color from being able to start businesses. Let’s take care of those systemic obstacles so small businesses can continue to do what they’ve always done so well.”

Danny Caine’s perspective urges us to face the Amazon dilemma from two vantage points, which rest firmly on the strength-in-numbers scenario:

Statistics don’t just indicate that Americans long to shop locally, but that they are also becoming fed up with monopolies dealing in bad customer service as a for-profit business model. Amazon is continuously lauded for its frictionless customer service innovations, but if your local business commits to strong storytelling, you have a different tale to promote. It’s definitely not good customer service when:

None of these practices benefit people in your town. Your local business marketing campaigns can contrast Amazon’s story to yours for customers. Your story might read more like The Raven Book Store’s, where the business:

This tale of two enterprises is worlds apart, and local business owners can draw optimism from Danny Caine’s research and abundant statistics indicating that the majority of Americans aspire to shop in that better world.

This piece is reprinted with permission via Near Media which focuses on technology, consumer, and policy reporting.