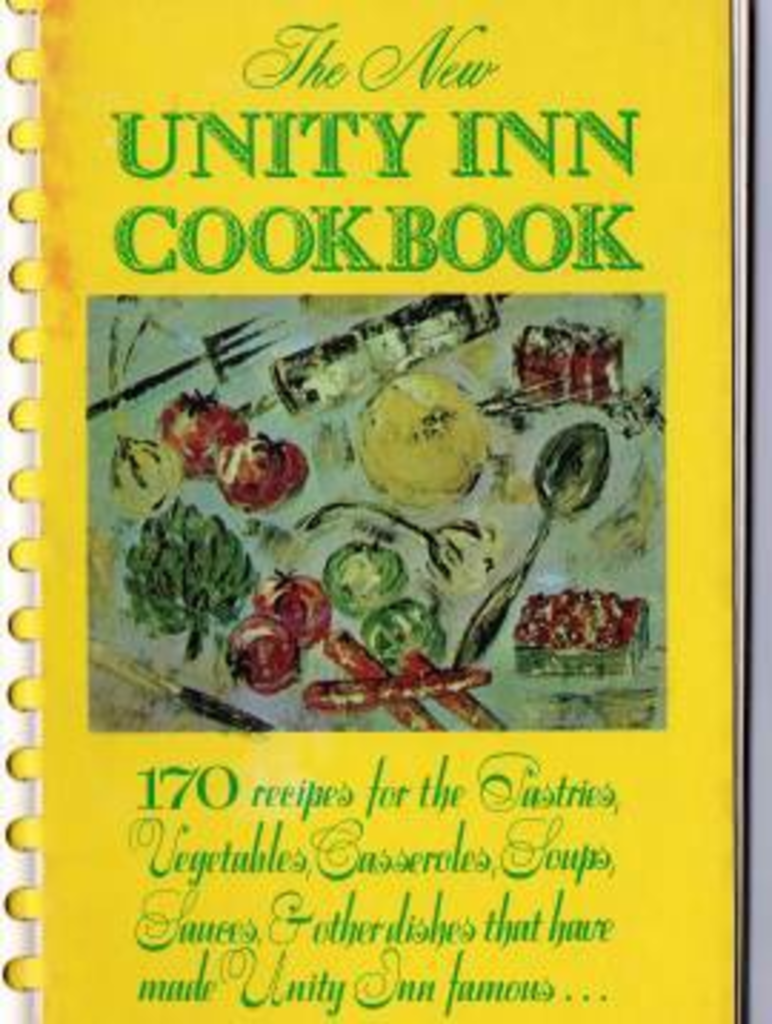 The oldest vegetarian restaurant in Kansas City would now be 104 years old — if it was still all-vegetarian. Operated by the Unity Temple, the Unity Inn was in occupied an old frame house at 913 Tracy in downtown Kansas City. The vegetarian dining room was so successful that by 1920, the vegetarian founders of Unity, Charles and Myrtle Fillmore, had built a beautiful cafeteria at the corner of Ninth and Tracy (the building is still standing but not, alas, serving meatless fare — or any other kind of food). That restaurant was moved out to Unity Village in Lee’s Summit in 1949 and later added meat dishes.

When this spiral-bound cookbook was published in 1966, the Unity Inn still held to its meatless roots and offered only recipes for meat-free dishes, including a recipe for Unity Stew requiring one 14-ounce can of a product called Soyameat and a stuffed bell pepper recipe featuring one cup of “vegeburger.”

The Unity Inn was famous for its salads; here’s the recipe for its Unity Cider and Apple Salad.