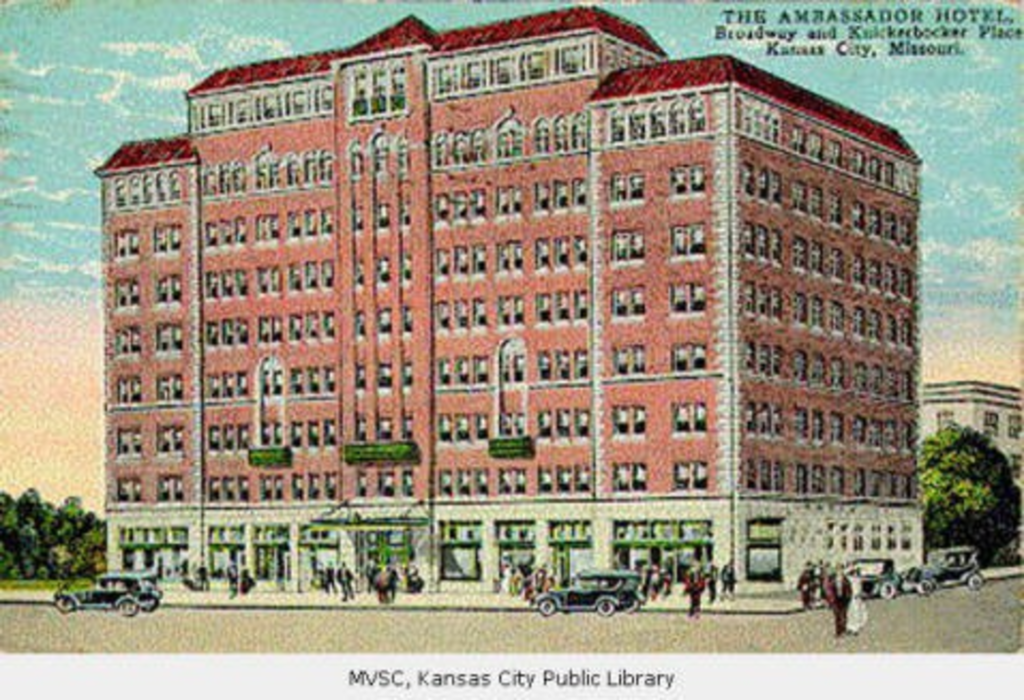 The history of Kansas City restaurants contains many great stories, but one of the best is about Ralph Gaines. The charismatic restaurateur started several iconic eateries in his lifetime (1918-79), including the Colony Steakhouse, which he opened while working as the well-paid manager of a competing steakhouse. When his boss found out, he was fired. The resulting personnel change would have national repercussions.

I recently reconnected with an old friend, Karen Gaines, who worked in her father’s restaurants for years after his death and later opened a catering company, finally retiring from the business in 1990 after her son was born.

“I just couldn’t do it anymore,” says Gaines, now a business instructor at Kansas City, Kansas, Community College. “It takes a special kind of person to be in the restaurant business. You have to put up with a lot.”
Ralph Gaines was that kind of person: “He was this larger-than-life character,” his daughter says.

Ralph Gaines was lured to Kansas City in 1950 by Jay Dillingham, president of the Kansas City Stock Yard Co. Dillingham was ready to open Kansas City’s first upscale steakhouse, the Golden Ox, in the West Bottoms, then dominated by the stockyards. Dillingham offered Gaines, then managing a successful Chicago restaurant, a sweetheart deal, which included a percentage of the profits to run his new steakhouse. In a few years, Gaines was making more money than Dillingham.

“Well, that was the story,” Gaines says. “Dad knew that he was going to get fired at some point, so he secretly opened the Colony Steakhouse in the Ambassador Hotel on Broadway.”
It wasn’t a secret for long. On Christmas Eve in 1953, Dillingham discovered that Gaines was his biggest competitor. Dillingham called Gaines into his office and asked if he was carrying the keys for the Golden Ox. He was.

“Give the keys to the guy sitting over there,” Dillingham said.

That guy was another young restaurant manager, Paul Robinson, who would later create, with co-founder Joe Gilbert, the successful Gilbert/Robinson company, which opened restaurants all over the United States.

Gaines refused to close the original Colony at 3560 Broadway, even as the fortunes of that midtown neighborhood went into decline; the restaurant was finally shuttered by Gaines’ widow in 1980. By that point, the two Gaines restaurants at Union Station – the Lobster Pot seafood buffet and the Landmark – were very popular.

“We got a lot of tourist business from the hotels at Crown Center,” Gaines says. “I think we were the last tenants left in the building. Every time there was a news report that Union Station was finally closing for good, we got dozens of phone calls asking if we were still open.”

When the historic building did close, prior to its renovation, Karen and her brother, Bob (now deceased), combined the two restaurant concepts, creating the Colony Steakhouse and Lobster Pot, and they moved it to three different locations. The final venue closed in 2003, and Bob Gaines went back to practicing law.

“His heart just wasn’t in it anymore,” Gaines says.

She says her father was a classic restaurateur, always working in his restaurants, always thinking of new ideas to try out. The Landmark was one of the first local restaurants to offer a salad bar. When Polynesian lounges became popular, he opened one of those.

“He made my mom and I go to the Katz drugstore on Main Street and buy a myna bird. He felt the bar needed a live bird,” Gaines says. “The customers loved the bird and taught him to say all kinds of dirty words.”