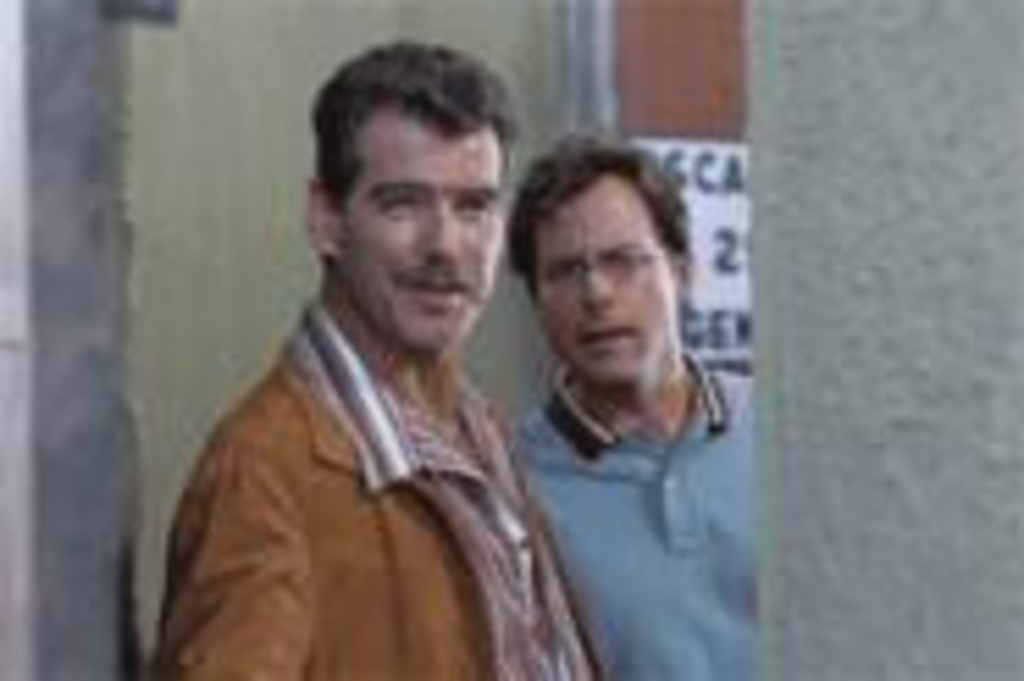 What’s an unemployed former superspy to do? Faced with a midlife career change, suave Pierce Brosnan seems to have chosen wry self-mockery, reinventing himself as a scruffy, fallen James Bond surrogate, sometimes still furnished with a license to kill and a certain gift for cool but far more likely now to stop shaving for three days, have tawdry encounters with teenage girls and get sloppy on margaritas at the hotel bar.

With a black comedy of mixed blessings called The Matador, written and directed by newcomer Richard Shepard, Brosnan continues his period of adjustment. In The Thomas Crown Affair and 2004’s jewel-heist trifle After the Sunset, the actor toyed with the burden of having been Bond. Here he savages it. As the ironically ill-named Julian Noble, he’s a globe-trotting hit man for unspecified corporate interests — a “facilitator of fatalities,” as he grandly puts it — beset by neuroses and given to telling outrageous lies in cascades of filthy language. Oh, the guy’s pretty good at his job. Even with a screaming hangover, he’s got a sharpshooter’s eye and a steady trigger finger. But his intermittent loss of nerve is a sorry thing to behold. “I’m a wreck,” the anti-Bond laments. “I’m a parody.”

Well, yes. High time we got over it, too. Instead of slick heroism, the saving grace of The Matador (which was obviously made on something less than a blockbuster budget) lies in the comic interplay between Brosnan’s ignoble Mr. Noble and the hapless square he picks to serve his purposes. Greg Kinnear’s Danny Wright (a surname as carefully chosen as “Noble”) is a straitlaced businessman from Denver, married for 14 years, who’s had an awful run of bad luck, beginning with the death of his son. Now he finds himself in Mexico City, struggling to close a deal that could mean some long-overdue financial salvation. Julian’s also in town on business, and when, partly disabled by tequila, he accosts Danny with equal doses of vulgarity and flattery, the mark is offended. But there’s something in Julian’s style that Danny covets.

The uneasy relationship that develops is part con game, part creepy seduction. At a bullfight — thus the title — Julian playfully shows Danny a few tricks of the assassination trade, preparatory to recruiting him. But anyone who’s seen a movie or two suspects there might be a twist in store: Could it be that the roles of user and used are about to get confused? Danny even grows a beat-cop mustache just like Julian’s.

Meanwhile, The Matador pretends to indulge in a bit of Bondish glamour, leap-frogging to Las Vegas, Moscow, Budapest and a racetrack in Arizona — although the terrain and the atmosphere remain suspiciously the same. In other words, forget the international-intrigue element of the movie, which includes a spymaster named Mr. Stick (Philip Baker Hall). It’s meant to be salted with humor, but it falls flat. Better to savor the startling scene in which Brosnan’s soused misadventurer, cocktail in hand, lurches across a hotel lobby wearing nothing more than a black Speedo and boots. Ian Fleming must be turning in his grave — or chuckling with appreciation.

“I lie when I need to,” Julian Noble announces. “I tell the truth when I can.” In that, we are asked to find a sort of tattered dignity. But by the time The Matador moves on, after a post-Mexico gap of six months, to Danny’s neat suburban home, it’s lost a lot of its comic momentum and whatever moral force it had. When the unhappy hit man shows up unannounced on the Wrights’ doorstep, Danny’s mousy wife, Bean (Hope Davis), is much taken, and we get the uneasy feeling that a second seduction is about to begin. Brosnan’s anti-Bond is a bounder, a drunk and a fool. But there’s something so attractively vulnerable about him that he’s hard to resist. As enforced career changes go, Brosnan could be doing a lot worse.