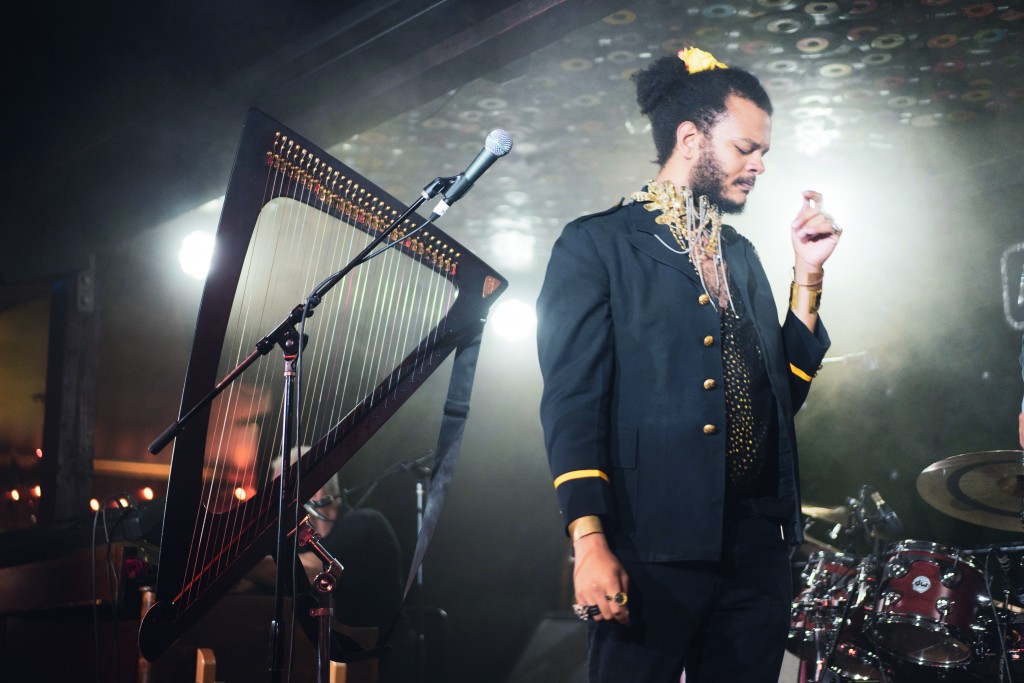 Calvin Arsenia at The Mint in LA. // Photo by Alex Brown

As Kansas City is opening back up for in-person events and gatherings, LGBTQ+ Pride Month has been a joyous occasion. After a year of dismal virtual functions and dance-party-shaped holes in our hearts, queer musicians of the metro are looking forward to celebrating their identities once again through live shows and their unique artistic expression. But for KC’s queer artists and supporters, Pride lasts all year long.

The Pitch sat down with prolific queer artists like genre-bending super duo The Black Creatures, evocative chanteur Calvin Arsenia, hyperpop ingénue RILEY THE MUSICIAN, and the multitalented Sloane Wednesday, a.k.a. MOOD INDICATOR, to hear their thoughts on the true meaning of Pride and the season’s increasing corporate presence. Each artist also gave a number of tracks for an all-encompassing Kansas City Musician Pride Playlist, available to stream below.

“‘Pride’ to me is: in the face of the fact that there are, I believe, 13 countries in which it is legal to kill me, my lover, my friends, we as people continue to create and contribute to the fabric of the world, and have contributed for the entire existence of humanity,” says Arsenia, locally revered harpist and vocalist with a profound voice, about the true meaning of Pride. “Yet, [we] don’t receive, and haven’t historically received, the same benefits of those contributions as straight white males. The fact that we continue to contribute and to create and make the world a better place to live for all people is where my pride comes from.” 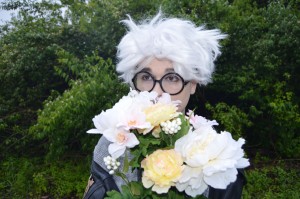 MUSICIAN. “It’s my first one,” they say. “So I don’t have a clear understanding of it quite yet, but I want to say for me, [Pride is] doing whatever I want and not caring about what other people say. And that’s it. There’s nothing stopping me, and I can only be myself for as long as I’m alive.”

For electronic musician and producer Sloane Wednesday, Pride is personal. “Pride means showing people, not just straight people, but people in the closet and questioning themselves, that I’m proud to be who I am, and they should be too. I think that’s what it really comes down to. Just being that person that I needed when I was [younger].”

“Even though it may not be entirely intentional, I think it’s a product of who I am, and I am a very queer individual. So that’s reflected in my music, regardless of my intent or not,” Wednesday says, of how her identity shapes her music. For all musicians interviewed, the concept of identity being a part of their creative process is essential, and a sense of personal pride can be detected in all of their work.

“I definitely feel that my music is about vulnerability and self-expression, self-acceptance. A lot of my journey as a human on this planet has been navigating being a person and understanding of the nuance and the struggle and the beauty of that,” says Arsenia about his music’s deeply personal connection between identity and expression. “So they are forever linked together. Although, I would say that I don’t think of myself as somebody who’s trying to promote any particular lifestyle. I’m just trying to learn about myself and my own experience.”

“I think that queerness shapes our music,” says Jade Green of illustrious dark-pop and hip hop duo The Black Creatures. “We construct stories that are pretty unique. And yet at the same time, they’re sort of threaded together with strands of humanity, to which everyone can relate.”

The Black Creatures’ Xavier Martin, chimes in and offers: “From my perspective, the way that queerness has shaped and will shape our 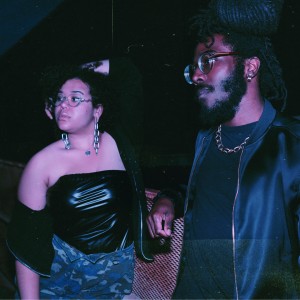 music is: we go in knowing full well [that what we’re doing] adds to the collective pool, or stew, or whatever analogy you want to use here, of queerness as a whole, which adds to the even bigger stew of cultural and societal experiences.” Community is essential for surviving and, more importantly, thriving, and it’s clear The Black Creatures have a focus on bringing people together through music.

Over the years, Pride season has become an essential marketing point for a laundry list of corporations, with queer musicians being used as a tool to create a sense of authenticity. But opinions on this pandering from queer folk and LGBTQ+ artists are mixed.

Jade offers their point of view, saying: “The ongoing trend is like, ‘Okay, what’s something that we can continue to capitalize on?’ And more often than not, it looks like Black and queer lives.”

“As a function of businesses and capitalism, the best and most efficient way to make money is to make sure that you can accept everybody’s dollar,” continues Martin. “This is obviously framed as inclusivity, but that’s just exploitation of more and more people, which is less than ideal.”

“It’s a mixed bag,” says RILEY THE MUSICIAN. “I’m happy that there’s coverage of it, that’s really cool. And it’s nice to see people like my mom be [excited for] Pride Month. But at the same time, you can tell a lot of it is shallow. And a lot of it is pre-planned, and is it really celebrating? I think for the most part it’s a positive thing to get the word out there. I just hope people mean it.”

As corporations come up with new marketing techniques each year to present themselves as allies, they increasingly use musicians and artists to present a false sense of authenticity to audiences. While visibility is important and can be essential for smaller artists to make money, this should make us uneasy, Jade explains. It echoes the efforts of many to strip Pride from its specifically anti-police and often violent roots.

“Exposure and elevating LGBTQ voices is a good thing,” Jade says. “But what seems to be happening is there’s this depoliticization of what was originally a very political movement by organizations that, for the other 11 months out of the year, don’t acknowledge any minority voices. I think that’s harmful.”

“The only LGBTQ people in positions of power at these companies are undoubtedly non-Black and cisgender, and that’s a problem,” Jade says. “One of the things that I think about is the cop cars that have gay Pride flags all over them and things like that. The reason that we even have Pride is because police were harassing the people who were spending time at the Stonewall Inn, and they responded in kind with a riot.”

While corporate influence is an extremely contentious topic during Pride Month with many perspectives, it’s clear that Kansas City’s queer musicians were ready to express themselves this June (and beyond) in the way they know best. Artists professing their personal connections to Pride makes it all the more special to hear their music and see them lighting up our stages once again in 2021. With Pride back in full swing, we’re ready to celebrate all year long.

The music of all artists mentioned in this article is available for streaming on Bandcamp and Spotify. It is the official opinion of The Pitch that you should purchase these artists’ music on Bandcamp.

All artists interviewed generously listed their favorite Pride anthems, which are collected on this Spotify playlist.