Black Creatures’ latest outing is a must own, and our favorite album of 2020 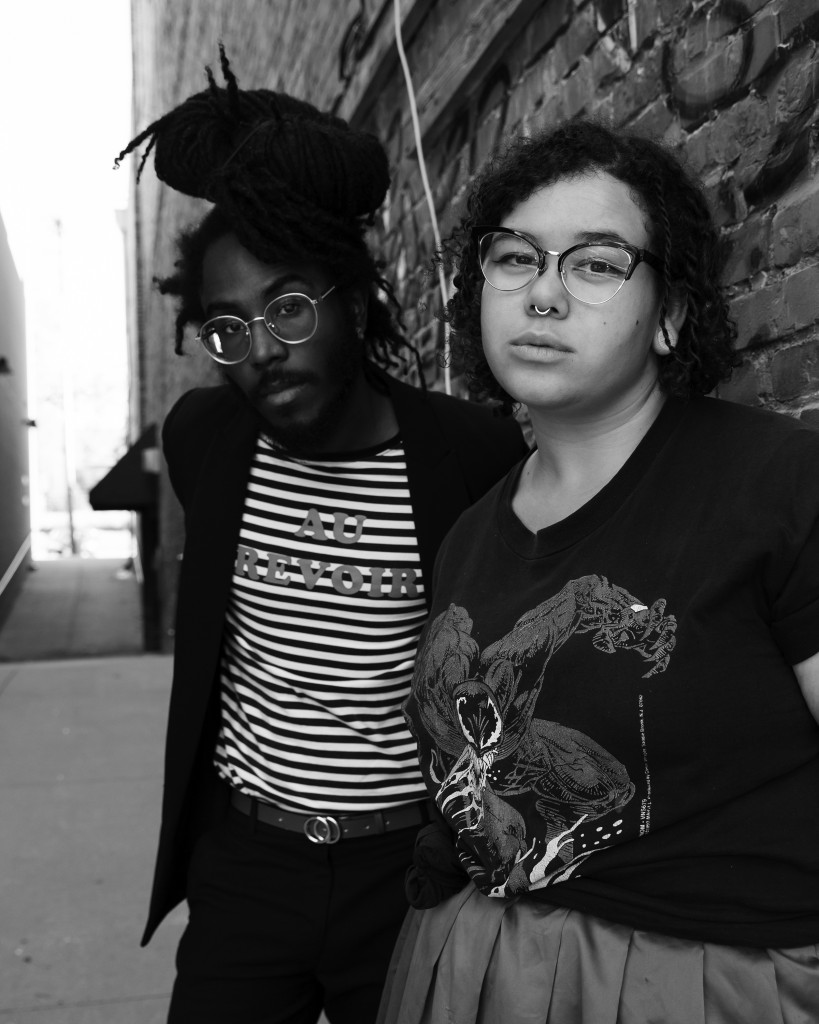 The sheer variety and number of releases offered around the region this year made putting together a list of the best albums of 2020 a real nail-biter of a task, but when it came to putting a recording in the number one slot, there was no question as to what it was going to be.

When the Black Creatures released their debut full-length Wild Echoes via Kansas City’s Center Cut Records this summer, it instantly grabbed my ears with the way the duo of Jade Green and Xavier mixed genre stylings, mood, and tone to craft an album which spoke to both personal and global issues. It became my obsession to the point that I spent the better part of two and a half months going back and forth with Jade and Xavier, asking questions about the album, going track-by-track to parse out the thoughts and processes behind Wild Echoes.

The sheer amount of time I’ve spent listening to and thinking about the Black Creatures’ Wild Echoes shot it to the top of my 2020 list, and once I realized just how much time this music has been in my head the last six months, and how strongly it’s affected my perspective on every other album put out in and around the area this year, it had to be my top local release of the past year. Dig deep with me in this track-by-back breakdown of Wild Echoes with Jade Green and Xavier.

The song seems like it’s an elegy for a relationship which is already over for one partner, but the other doesn’t know yet. What was the inspiration for the song, and why did you go with this as the first track on Wild Echoes?

Xavier: Honestly, it’s difficult to know exactly what inspired this song, but it’s definitely more literal than people have interpreted. The only thing that could make this opening story more traumatic is if it was about a lover, so thank god it’s not. Musically and from a story-telling perspective we felt that this track perfectly established the album’s tone and setting.

This borders on being full-on horrorcore, especially with that opening message and the repeated movie references. Is the power of the track meant to contrast the opener?

Xavier: Yes. It propels the album due north and changes the perspective of the audience, as well.

With the repeated hammer cock that could be interpreted as either dangerous to someone or one’s self—and worrisome, either way—“Lazarus” is confrontational and introspective in a way which is really unique to my ears. “I live to spite you” seems to be the key lyric, but am I wrong?

Xavier: A lot of these songs focus on two different sources of conflict, so it’s good you were able to pick up on that as a listener. In a way, what you’ve said is true. The idea of living to spite either an internal or external conflict is a big element of this track. That said, our favorite line is “I’ve been through myself and I climbed out the dirt into lazarus.”

That opening piano line almost reminds me of My Chemical Romance’s “The Black Parade,” which is from an album that’s all about missing someone who’s gone. Are you singing to someone specific, or is this meant to be straight to the listener?

These lyrics sound intensely personal, but also seem like they can be relatable to so many other people. How’d it come to be?

Xavier: There’s a fine line—like a balancing act to be done—between writing something completely alienating and writing something specific to your experience. You can go either way, or your third option is to create something completely bland. In writing “Catharsis,” I did write about some obviously personal experiences, and the unfortunate fact is this particular experience is extremely relatable to a lot of people. Many of us are the children of absent parents, or even completely unreliable ones. Sometimes life be like that, to where you wake up in the middle of the afternoon and decide, “Welp, I’ve gotta write a song about my fuckin’ dad.” But it wasn’t necessarily on purpose to write something that hits so close to home.

Jade Green: It’s always really rewarding to see how people connect with our music, and I like how tracks like “Catharsis” hit folks differently.

This was the first single off Wild Echoes. What made you choose to lead off with it: was it the fact that it kicks off with that great riding beat, or was that it fit right in with the current focus on repairing and/or tearing down broken systems?

Jade Green: So, trivia time! We wrote “Wretched” years ago, and the title is based off of Frantz Fanon’s book Wretched of the Earth. It makes some very obvious references to prison abolition–like how the police state thrives off of “unhappy” homes, about how the system itself is a greater issue, King’s speech about integrating us into a burning house, and so on–but Black liberation is a pretty integral piece to our wellbeing so, honestly, if you look close enough at any of our lyrics, we have and will continue to write critically about global and ongoing settler-colonialism. When the uprising started, news outlets were shining a light on the idea of abolishing the police, which solidified our decision to start with “Wretched.”

Xavier: It definitely feels like an excellent introduction into our catalogue or the “experience that is us,” so to speak. While being a kind of rally cry or political anthem facing listeners with a laundry list of systemic issues within our social lives and government, it also outlines a few solutions and promises of change at the hands of all of us.

Listening to this cut, it seems like it’s a conscious choice for a laid-back summertime jam in line with the artists you name-checked in the song. Were you hoping to take the energy down and chill everyone out for a few?

Xavier: That’s a big part of the song.

Jade Green: If there’s time for hard work then there has to be time for unabashed joy. Finding the balance is real tricky, though. Let me know if you know how to do it, because I’m still stumped.

Of a pair with “D’ummm,” here you go even more hopeful and positive, and get really contemplative. Why go so cosmic?

Jade Green: Special people come into our lives and make meaning where maybe there was none before, and we all have a place here in this ridiculously confusing ride through the cosmos. That’s part of the point with making this song sound so optimistic. This song was a complete example of riding the wave.

Xavier: We love a good metaphor; especially having been intensely inspired by sci-fi and fantasy media that’s more often than not allegorical to all kinds of human experiences. How could we not?

Who is this song about? It’s a powerful song, lyrically, discussing as it does this person who keeps you together and whole, and the uplifting music has it feeling like it’s a celebration of life for a certain individual.

Xavier: Admittedly, we have to talk more about what this song is about. “Elements” is a veneration of sorts; an acknowledgment of a relationship, an anthem for those of us who are to those who helped us be.

It’s so sparse, this one. What were you all listening to that inspired the production on “Beacon”? I hear a lot of The XX.

Xavier: Honestly, it’s difficult to remember. So many songs have come out since then! But, having to guess, probably The Weeknd and Macintosh Plus.

As a penultimate cut, this seems perfect, as it seems to encapsulate the way you’re striving throughout Wild Echoes to embrace positive energy, while still acknowledging the constant struggles thrown at you by the world. Where did this song come in the process of putting the album together?

Xavier: Quite literally last. We had the instrumental way before summer, we definitely threw around a bunch of ideas, but we didn’t put any lyrics down until a few weeks when we had to.

Is ending the album with an instrumental meant to allow the listener a chance to meditate on what preceded?

Xavier: It’s reflective of the first track of the album; intended to be a sort of meditative, lucid, echoing experience. For somebody working out it’s like a cool-down song.

Wild Echoes is out now from Center Cut Records, and is available via most major streaming services.

Runners-up for best album (in no particular order)