Potato famine in the United States 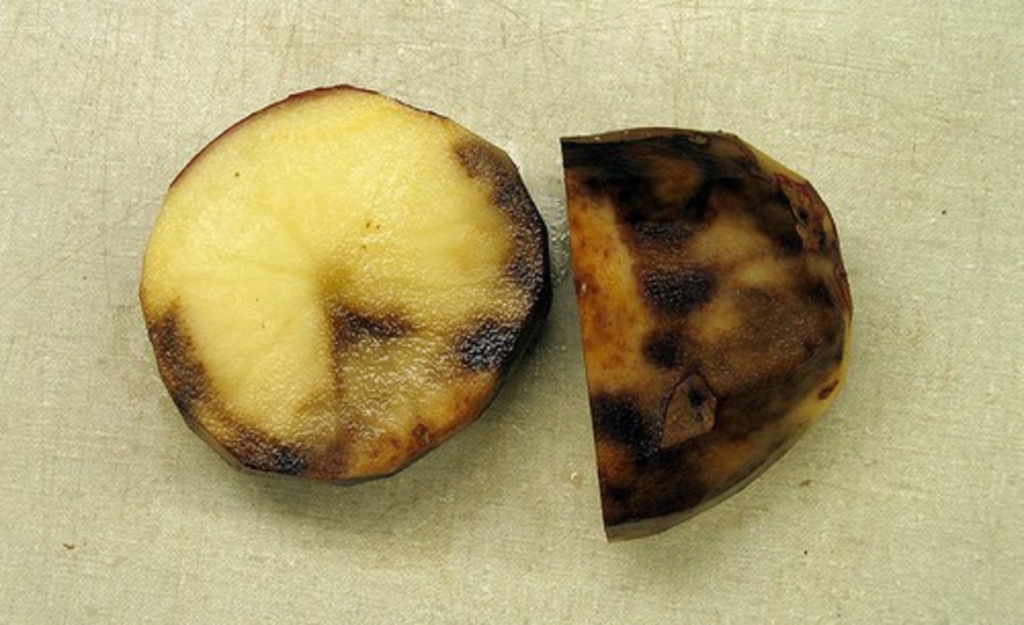 Anyone who has been to Ireland learns very quickly not to refer to the “potato famine” as such. The Irish consider that miserable time in their country’s history to have been caused mostly by the English and prefer the name “Great Famine” or “Great Hunger.”

(Also: Don’t go asking for a black and tan as you’ll end up meeting members of the IRA. Ask for a half-and-half instead.)

Besides the English, the biggest culprit in the hunger was phytophthora infestans, a fungal disease more commonly known as late blight. And for reasons still unknown, it’s started to show up in U.S. gardens already this year. As the name suggests, late blight usually occurs near the harvest in September and October — it’s never shown up this early in the growing season.

And it seems to be moving in the Midwest’s direction.