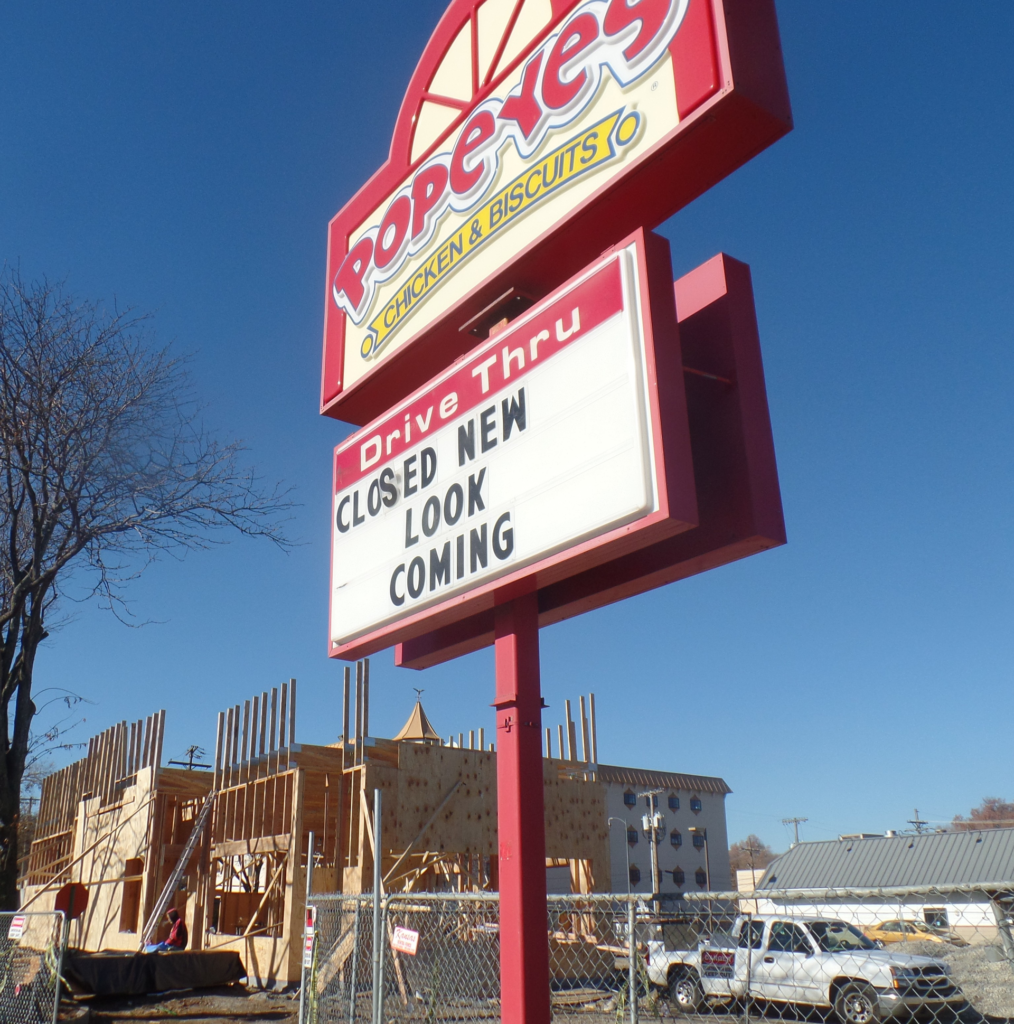 The commercial sign in front of the construction site at 6330 Troost still advertises a business that’s no longer there: the Popeye’s Chicken & Biscuits restaurant that was razed earlier this year. The sign says, “Closed New Look Coming.”

That’s a mild understatement. There’s not just a new look coming but a completely new building under construction, to replace the aging 1980s structure that housed one of the busiest Popeye’s locations in midtown.

When Scott Womack, the president and owner of the Indiana-based Womack Restaurants Inc., purchased the 11 local Popeye’s venues from Heartland Chicken Inc. — the company owned by the Eddy family, longtime Kansas City restaurateurs — in 2013, he was informed by the parent company, Georgia-based Popeye’s Louisiana Kitchen Inc., that the building at 63rd Street and Troost “has got to go,” he says.

So after a year of remodeling most of the Popeye’s chicken restaurants in the metro, Womack Restaurants finally tore down the 63rd Street venue and started work on a new store.

“It won’t be a lot bigger than the former location,” Womack says, “but it will be a heck of a lot nicer. We’re using one of the newer prototype interiors that have a real New Orleans feel. The light fixtures are made from crab pots, and there will be a spice rack, front and center. We’ll have a small community table in the dining room in the shape of the Popeye’s logo.”

“Popeye’s is a great brand,” Womack says. “It’s chicken you can’t get anywhere else. And the company has done a great job of reinventing its image over the last five years.

“So many restaurant reports keep saying that Americans are wanting more healthy choices when they dine out or carryout meals,” Womack adds. “But Popeye’s and Dunkin Donuts are still leaders in the chain-restaurant field. There’s a huge boom going on for those places right now.”

Womack says that he hopes his 63rd and Troost location will be opening by the end of January 2015.

“It all hinges on the weather,” he says. “The winter is the worst time to be building a new restaurant. But we are hiring for that location. We need five managers and 40 staff employees. And we’re a great company to work for.”