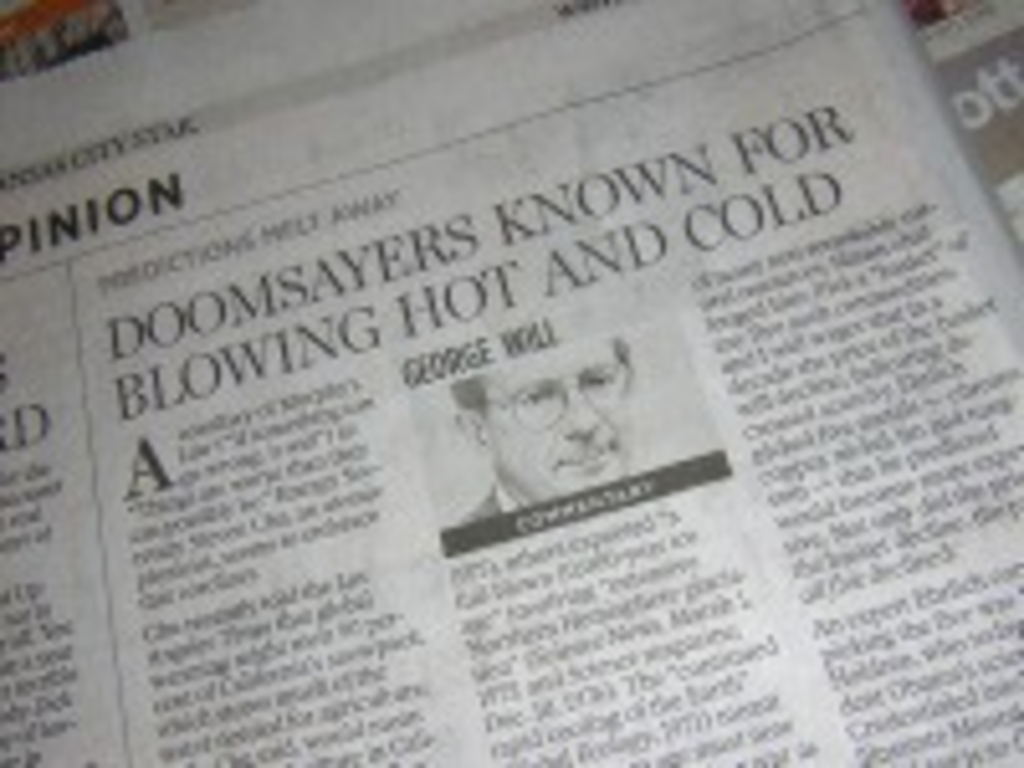 The Washington Post continues to face criticism of its handling of a George Will column about climate change.

Will’s column, which appeared in The Kansas City Star, was roundly criticized for distorting climate science. The column was so bad, Will’s colleagues have made attempts to point out its flaws. Will stands by the column, as does his boss, Fred Hiatt, editor of The Washington Post editorial page, who was asked about the piece in a recent online chat.

I blogged about the Star‘s decision to run Will’s original column. Derek Donovan, the readers’ rep, conceded that Will had not written a good column. So what did Miriam Pepper, the Star‘s editorial page, do next? She ran a dreadful pro/con on man’s impact on the climate, as if the scientific community were still divided on the issue .