Pirate’s Bone Coffee is a work in progress 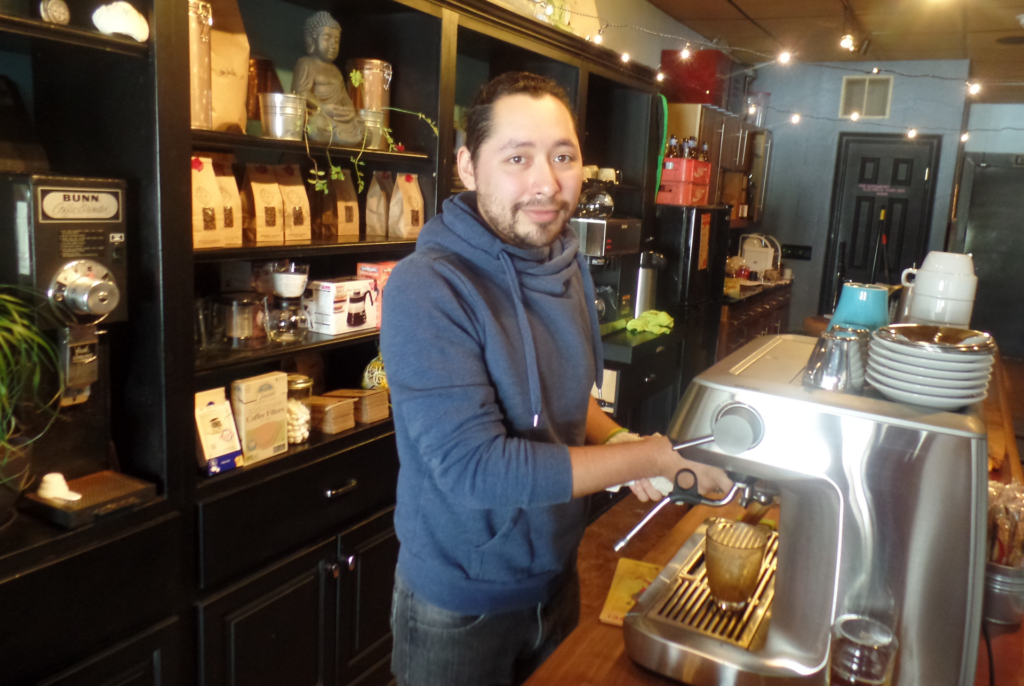 When you buy a cup of freshly brewed, house-roasted coffee from barista Zaid Consuegra at Pirate’s Bone Coffee, at 645 East 59th Street, you need to tip generously.

The 26-year-old Consuegra, who opened the tiny shop two months ago, hasn’t made enough of a profit yet to pay himself a salary, even though he’s working 12 hours a day, six days a week.

“I’m pretty much living on my tips,” Consuegra says. “I finally just bought myself an inexpensive car so that I don’t have to beg my friends for rides from Overland Park, where I still live, to midtown Kansas City.” 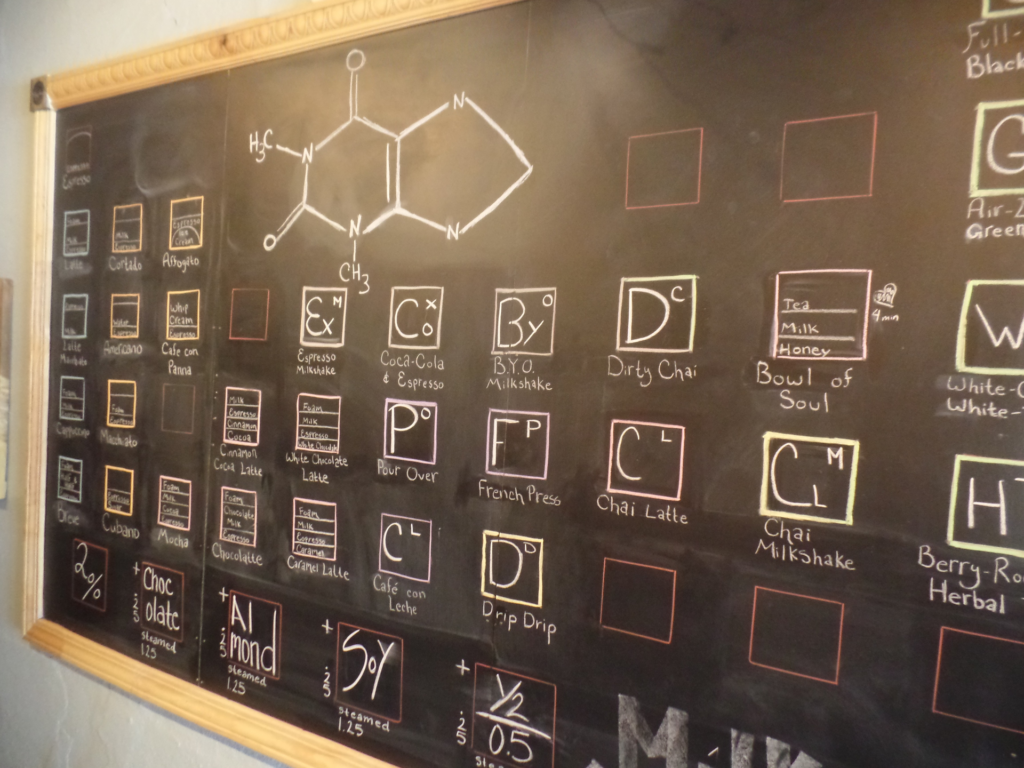 There are a lot of things that Consuegra, a native of Mexico City, would like to do once his narrow storefront starts turning a profit, including put a better sign in front of the venue (which is several shops to the west of the popular Chai Shai restaurant), buy a commercial espresso machine, and own his own roasting machine. Consuegra says he will kick off an Indiegogo campaign later this week to fund the purchase of a $5,000 roaster.

The brown paper bags that Consuegra uses to package his coffee beans still boast a logo that states, “Pan Roasted Coffee in Kansas City,” but the young entrepreneur, who started his coffee business last year by roasting green coffee beans in a frying pan, has recently been working with Lenexa-based Maps Coffee Roasters. It was fun, in the early days of Pirate’s Bone, for Consuegra to spend 30 to 40 minutes hand-roasting 3 pounds of coffee beans over a kitchen stove. And then, one day, it wasn’t.

“I opened this place,” Consuegra says, “with a half-pound of coffee. As I’m doing more volume, I just can’t keep roasting my beans in a pan. I need my own roaster for the shop.”

Maps Coffee is currently roasting Consuegra’s three house blends (the Latin blend, the Pirate’s Bone blend, and the Arabian Sea) and three single-origin coffees (Colombian, Panamanian and Brazilian) until Consuegra can get his own roaster.

This new business is a departure for Consuegra, who received an associate’s degree in broadcasting from Roxbury Community College in Massachusetts and was supporting himself, until he started roasting coffee, as a videographer filming weddings and quinceañeras in Kansas City’s Hispanic community.

“Quinceañeras are like ‘sweet 16’ parties,” Consuegra says. He later took over his mother’s Lenexa restaurant, Vive Latino, at 77th Street and Quivira, and turned it into a different kind of culinary venue, Happy X, where he was both manager and cook: “I made pasta, paninis and salads,” he says. Happy X closed after six months.

“I was told, by my friends, that bone would be an easier sell than skull,” Consuegra says.

The storefront, formerly a hair salon, boasts one sofa, one table with two chairs, and a counter with four stools. There’s a patio behind the shop that Consuegra plans to use this spring. Pirate’s Bone is open from 7 a.m. to 7 p.m. Monday through Saturday.