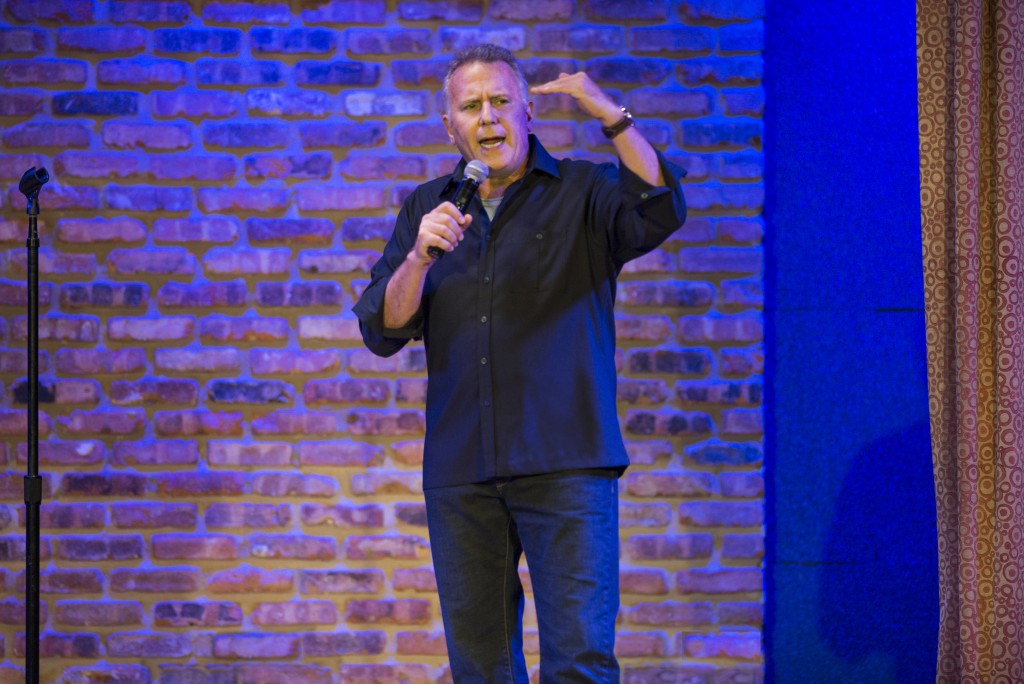 Actor and comedian Paul Reiser is one of Hollywood’s most prolific multi-hyphenate creatives, and decades into this he shows no signs of slowing down. Reiser was recently seen in two hit shows for Netflix: Stranger Things as Dr. Sam Owens, in a role created by the Duffer Brothers specifically for Reiser, and Chuck Lorre’s The Kominsky Method, for which he received an Emmy nomination for Outstanding Supporting Actor in a Comedy Series. In addition to his classic lead performance on Mad About You, he’s also a musician—but was first and foremost a standup comedian.

Ahead of a set of shows tonight and tomorrow (N0v. 19-20) at the Kansas City Improv (7260 NW 87th Street) we spoke to Reiser about his career, and his long-overdue return to the comedy stage.

The Pitch: I guess this has to start the way that any interview starts at this point. What did you do for the year you were stuck at home?

Paul Reiser: What are you talking about? I missed and read the papers recently what’s going on?

I kind of like the stay-at-home part. Other than the fact that the world was crumbling, the fact that we were able to stay in and I had a great excuse to not go to a lot of stupid invitation things. I was thrilled, and my son who was back east and college, came home, and then decided he was going to stay and go to school back here. You’re supposed to be happy when the kids leave the nest, but I enjoyed that he came back.

I developed a healthy taste for bourbon, which heretofore I had not taken quite as passionately. I’ve been reading about how everyone kind of got into drinking a lot more. It became sort of the ritual, you know, sort of absent any routine.

It’s always pandemic somewhere. That’s the new five o’clock. As someone who does a little bit (or a lot) of everything, I was anxious to see how you spent your time. Did you just rest up or were you unrelentingly productive?

I wrote a lot of standup. Which, as a comedian, I think you really needed to write out last year to process it. But also I can’t write inside a vacuum and hope that in 12 months people will still find it funny, so parts of that avenue were closed to me. I played a lot of piano for my own enjoyment, I helped a friend write their memoir—that was a blast because it was just a chance to spend hours upon hours with them on Zoom, just being friends and normal people.

There was a lot of compressing and re-evaluating your life. I realized my house was very full of things so I starting picking them up one by one and asking “Do we really need this?”

You Marie Kondo’d your way through the house.

Yes. That became the test. I had forgotten that reference. But yeah, that’s what became a thing. It’s like, I get no joy from this, can we throw it out?

How did you prepare to take a standup stage for the first time in forever? As aforementioned, it’s rarely possible to write things like this in a vacuum and know that the audience will be on board.

I did my last show in February of 2020 and then the world went to shit. I’ve always had this sort of very gentlemanly pace about touring: a weekend here, and then three weekends of nothing. I was never the guy went out for three, four weeks at a time or months at a time. Even when I was young and single I was never that road guy. I would always come home after my set. Never living out of a suitcase, never becoming that Willy Loman type of guy.

There was a club about 30 minutes south of LA where I’d go to do sets. I had nothing at the start. And then I had three minutes, and then five, and then eight. Just getting my feet wet. That’s where I went to start testing this new stuff. I haven’t been on stage doing this kind of thing in 20 years, and I really had to relearn to get that muscle back. Then, you know, 18 months off again. I’m rusty but it wasn’t nearly the learning curve from restarting from scratch.

There are guys out there who make this look effortless. They’ll do a new hour every year, and sometimes you look at that and ask “How hard can it be?” And it is. Very. But I love the process. And I love the drive to the club, where I spend the entire trip just getting excited about trying out a new three minute idea. Here’s a thing I thought of, and I’ll say it to you, and maybe you laugh or you don’t. Comedy clubs tend to lean in on letting you try that kind of experimentation, and audiences will go with you.

I like improvs and clubs more than theaters. They’re so rigid and the people there seems like they’re waiting for something that isn’t coming. There’s no Pippin here. There won’t be any dancing. That’s why I love the chaos of a club.

I promise you that Kansas City would welcome Paul Reiser’s Pippin production with open arms.

That drive where you’re hyper-fixated on the smallest detail of what you’re going to try in a comedy set—are you excited to be chasing that feeling once again?

The real-time reaction is great. But it’s also ephemeral. It’s gone immediately, and there’s nothing that guarantees that bit will land with a new audience the next night. You wind up pouring over it, trying to pick apart why it worked once and didn’t work a different time. More than 15 years ago, I was doing an off-off-Broadway play for Woody Allen, and after shows you could see him pulling his hair out over where the audience didn’t laugh at a particular moment. I remember being so heartened by that—seeing this lifelong comedy writer just absolutely dumbfounded still by how an audience could not have consistent reactions.

A lot of the comedians that are tackling the road right now are building sets that, for the sake of escapism, are trying to pretend that the last two years didn’t happen. Because it’s a bummer, and obviously doesn’t make for timeless material that you might record to an album. What’s your approach toward acknowledging our modern dark ages?

I never look for a topic. Whatever I feel like I can be insightful on, I’ll tackle. Some of the pandemic stuff feels almost nostalgic at this point. It just went on so long that the major subjects have just become a breaking point for division. I don’t want to hear the word “mask” in any context, because your body just cringes from know how people are going to react. It’s just political fallout and it creates an ugliness. There are comics like Chris Rock that I know can really dig in on something like that.

Comedy clubs are kind of an every man space, and I don’t like being the person that goes in there to poke at everyone. People focus on how our reality is fractured with division between beliefs right now, but there is something that everyone in a comedy clubs have in common: they made the decision to buy a ticket and drive to this show tonight. Everyone in that room has made a choice to come here and have a good time. I like to think that we can pull that off, together. How hard can that be to navigate?

Tickets for Paul Reiser’s shows at the KC Improv are available here.