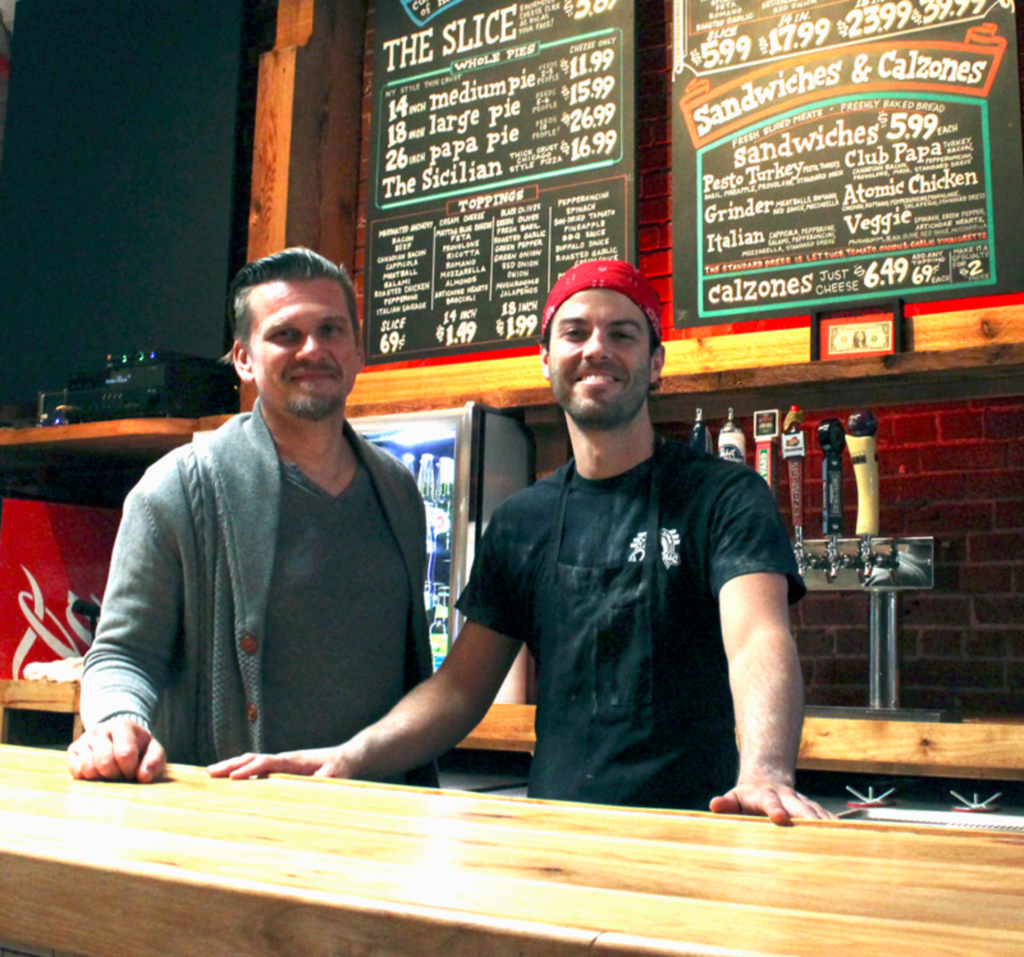 Papa Keno’s, the locally owned pizzeria that returned to its onetime Westport home at 415 Westport Road last week, still serves baked-to-order slices and sandwiches. But for me, it’s all about the thick-crust Sicilian pie. That’s not an easy pizza to get around these parts, and the one here is outstanding.

The presence of this location’s previous tenant, the Boot, remains evident in the long, narrow storefront space. Aaron Confessori and Richard Wiles, who own the Westport Café next door, closed the Boot in 2013, but its shiny oak tables, red-metal chairs and bar are still here. The atmosphere is much more casual now, but the post-Boot feel of the room also means that Papa Keno’s Westport version 2.0 is noticeably nicer than the operation that pulled out of this address in 2008. 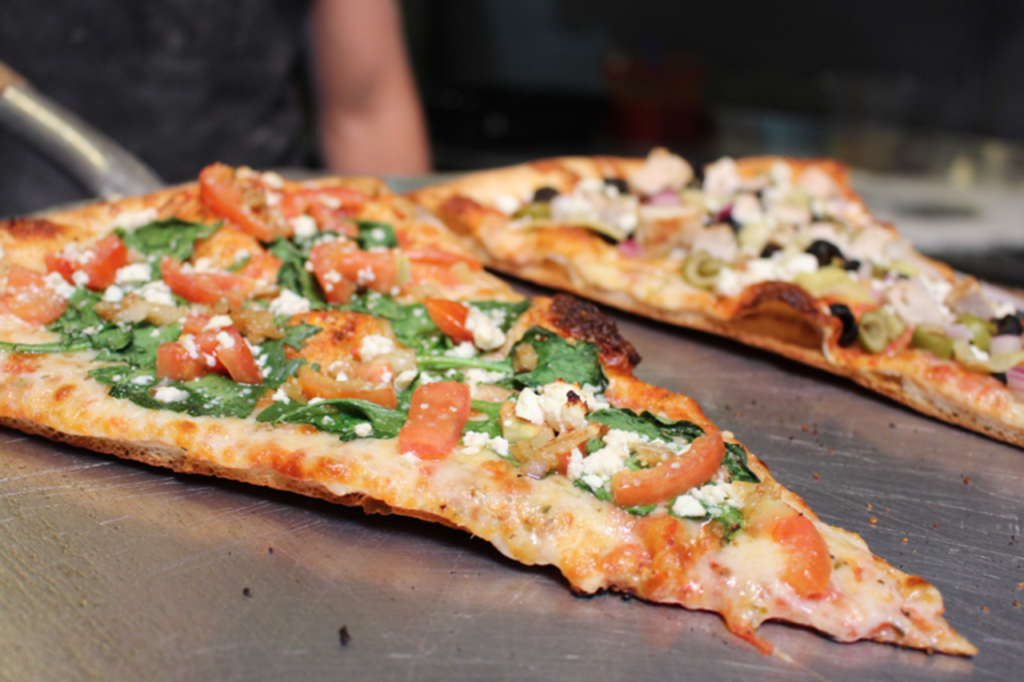 “Greg Keenan, who founded Papa Keno’s, had a different philosophy about his restaurants than I do,” says David Hawley, who owns the Lawrence Papa Keno’s (where Keenan founded his business and eventually ran into trouble with the state of Kansas) and co-owns the Westport store with a very hands-on managing partner, Tyler Parker. I talked with Parker one afternoon last week while he was working in the kitchen.

“I’m the pizza maker, the pizza baker, the bartender, the cleanup crew, everything,” Parker told me. He and Hawley have also applied for a full liquor license, hoping to add wine and liquor to their rotating array of bottled beers and six taps. “We don’t necessarily want our customers in here doing shots,” Hawley says, “but we want to be able to offer cocktails.”

Hawley is also a partner, with Brandon Graham and David Bennett, in a company that has set out to franchise the Papa Keno’s brand. Hawley says they’re scouting other possible locations in the metro. (The Overland Park pizzeria is solely owned by chef Philippe Lechevin.)

“We want to establish a strong brand footprint in Kansas and Missouri,” Hawley says. He adds that he looked at spots in Waldo and near KU Medical Center before signing a lease on the Westport location.

“Westport is a great place to start building up the Papa Keno’s brand again,” Hawley says. “We love this neighborhood.”

Parker admits that he has mixed feelings about the Westport restaurant’s late hours. “We keep the kitchen open until 11 p.m. on weeknights and until 3 a.m. on Fridays and Saturdays. Our customers love it, but I’m not sure that I do yet.”