Panic Fest 2021: My Heart Can’t Beat Unless You Tell It To hits all the oddest beats 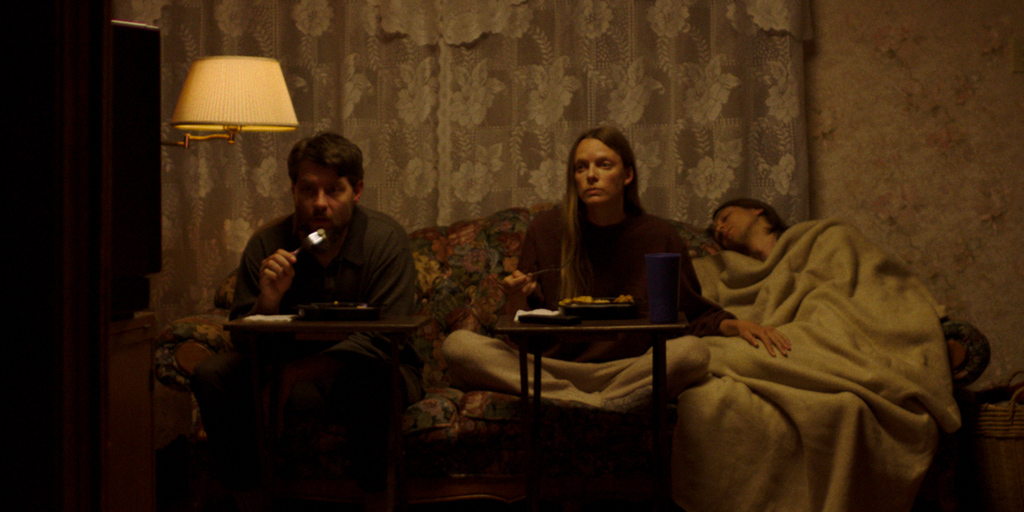 My Heart Can’t Beat Unless You Tell It To. // Courtesy Dark Sky Films

Family is the tie that binds. Blood is thicker than whatever the next platitdue is. While we’re here to talk about a vampire film today, the real value in our feature presentation is the harsh but original take on what it means to be bound by relationships you didn’t choose—and just how far we will go to fulfill those odd societal pacts.

Thomas (Owen Campbell) is a waifish twentysomething who seems sick all of the time. He can barely lift his head, except for brief bursts he’s learning to play a haunted organ or algebra. He lives with two older caregivers—his sister Jessie (Ingrid Sophie Schram) and brother Dwight (Patrick Fugit).

Dwight’s job is to go out night after night and find someone to kidnap and bring home. In their kitchen, Dwight and Jessie drain the blood of that night’s victim to feed to Thomas, and that sustains him for another cycle. There’s no way of determining how long this has been going on, and it is clearly yielding diminishing returns to all involved. Dwight is losing his nerve and Jessie needs him to have double the dedication, because Thomas is only hanging on by threads.

When Jessie helps set Dwight up with a local prositute that she thinks would make an easy mark, Dwight winds up flubbing the job—giving in to the idea of escaping into her fantasies, or at least escaping from his own current reality. He’s never seen the coast of anywhere, and she has fond memories of the beach. He wants to see a beach; in the sun. But in what world could he do that while also caring to the daily blood needs of his blood brother?

My Heart Can’t Beat Unless You Tell It To is a pitch black comedy straddling the lines between the Coen Brothers and Jim Jarmusch that takes the vampire genre and strips it of all sexiness. While the “V” word is never mentioned outright, the parasitic nature of the blood-drinker who might burst into flames if the sun catches him is, clearly, the “V” word. There’s nothing fun of super-powered and Anne Rice-fancy about what Thomas is up to. His existance is a cruel joke, and one that could seemingly go one forever.

This unyielding search of an endpoint means that Dwight can see no possible end to his nightly sacrifices. By extension, his life could also exist this way forever. All involved are trapped somewhere between the place of the living and the dead, with absolutely no good reason to keep plowing forward. This is a film where any or all of the characters committing suicide would only be seen as a kindness instead of a loss. And that’s where we start with them. From the outset, any of our major associates dying would be a net plus. Yet, we persist.

As the film dances around by tapping its finger on immigration issues or absentee fathers, the bigger throughline is that there’s something damningly human about what we’ll do for family. Or moreso: what we’ll do for family even when we know they’re a doomed fuck-up, and we can tell from a distance that none of our actions will truly matter. We’ll just keep coming. It’s in our nature. And the moment you think you can flee for the beach is the moment you’ll turn right back around to give just a little bit more of youself. Just in case.

My Heart Can’t Beat Unless You Tell It To has a shockingly relevant tale to tell of lonliness, illness, and dependency. The vampire part is almost beside the point. A top-notch film hearlding a new important voice in the industry. I can’t wait to rewatch it again as soon as possible.