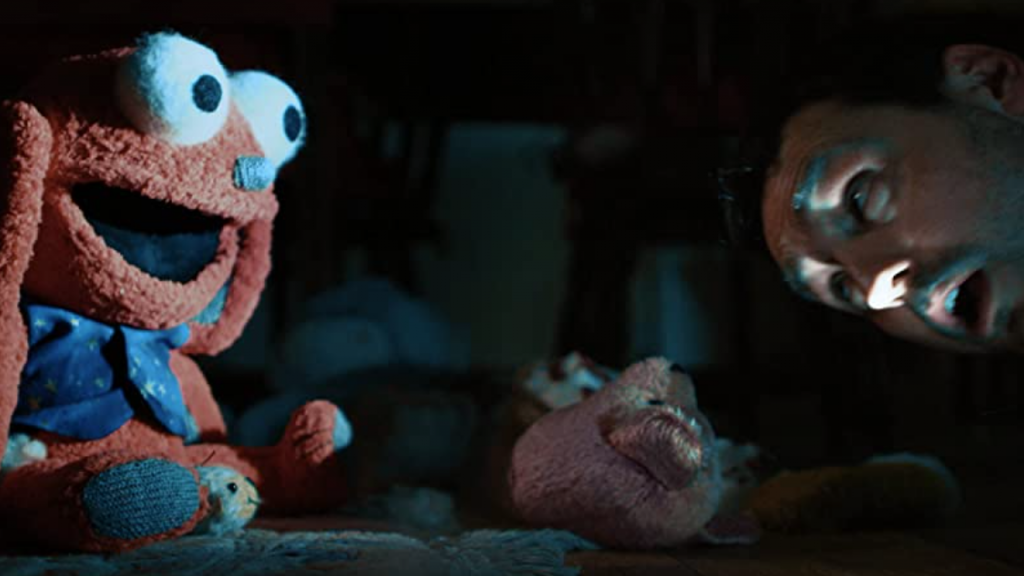 I have a frustration with a number of movies in the last five years, wherein it feels like the world finally caught up to the brilliance of Edgar Wright. The inner-story references buried deep, the quick cuts, the jokes that live in the fabric of the movie itself with a very particular DNA—I’m tired of seeing directors who ape the style without the substance. And suddenly, that style is overly-abundent. [My theory is that a generation of Wright fans just now came into their own. But in the process they’re kinda bleaching out the scene.]

Benny Loves You is to toy-based horror what Shaun of the Dead is to the zombie genre. By its own merits, and its own invention, it earns this spot. It adopts tropes of both the modern horror satire and the best/worst of what the 80s could have ever handed us; blending them into an odd concoction that hits much more often than, frankly, it should. 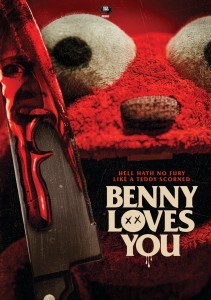 Jack (Karl Holt) is an 80s toy executive, akin to Tom Hanks in Big. Instead of constantly falling up, he’s a talented (if stunted) guy who is constantly being brow-beaten by his superiors and peers. On his 35th birthday, this semi-manchild who lives at home is forced to grow up, when both of his parents—whom he lives with—die in a terrible accident. Thrust into a position of jarring adulthood, Jack needs to make ends meet by any means necessary. Thus ensues a series of workplace incidents where, in relatable form for Millennials, your ideas are taken for half of their value because that’s the corner the world can force you into. Doubly so if you’re the sort of person who only exists and traverses in nostalgia. As someone whose life revolves around action figures could be prone to being.

Dawn (Claire Cartwright) is the one workplace comrade that Jack finds, and she wants to date Jack. The problem is that this kind of behavior is going to get her murdered by a puppet.

Jack’s childhood best-friend was a custom-made plush doll named Benny. Benny had a few programmed catch-phrases such as “Benny loves you.” But Benny was also always there to protect Jack, and they spent decades as best friends. Now, at Jack’s lowest point in life, Benny has stepped up to eliminate anyone who takes any of his attention—be it positive or negative. That means everyone who has wronged Jack, random pets, and Dawn who fancies him.

Set mostly in its protagonist’s childhood home, Benny Loves You is Chucky decades after the kid was no longer a kid—as our hero struggles to put away childish things. The kills and action are fittingly cartoonish, but the surprisingly poignant story of growing up too late is a surprise. As is the heartfelt nature of everything behind the characters in this story about a murderous doll.

A surprising indie victory lap, this British bloodbath is one to track down when you can.