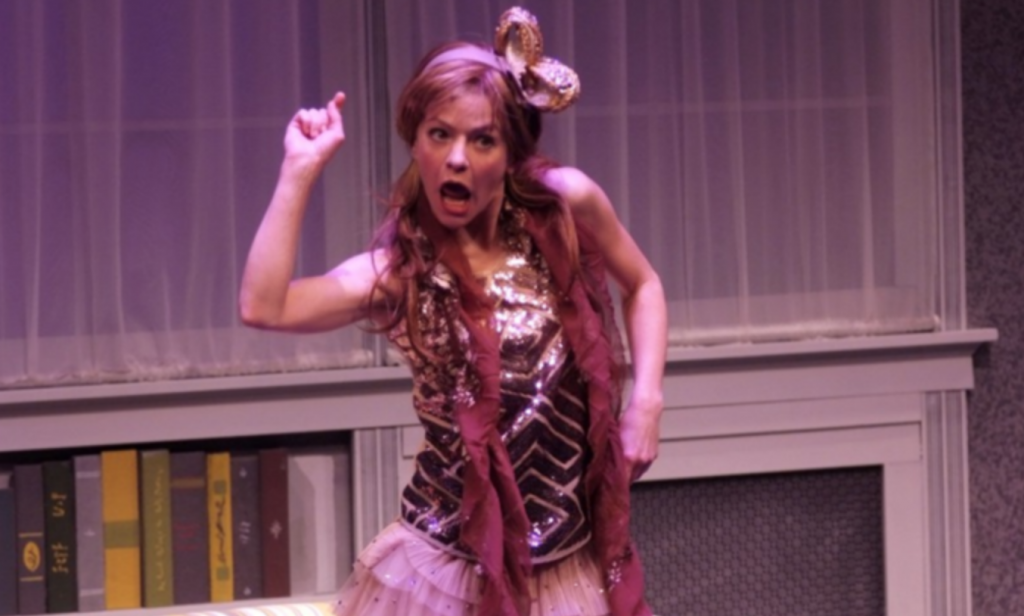 [UPDATE: Statement from the theatre at the bottom of the piece.]

Amid accusations of union busting, the New Theatre & Restaurant in Overland Park may be facing a new allegation—blacklisting.

Trouble for the 600-seat Johnson County dinner theatre began last week, when the theatre announced plans to circumvent guidance from Actors’ Equity Association, the union of professional actors and stage managers, and reopen to patrons on July 7.

In an email to ticketholders (and a now-deleted Facebook post), the theatre called out the union specifically. “Actors Equity, the union that controls every professional actor in the U.S. is not letting actors return to American stages yet,” the message read. But “the actor’s union doesn’t control concerts. So, we are turning the clock back, the volume up, and putting our party threads on. We’re staging THE ELVIS CONCERT with a special appearance by JERRY LEE LEWIS!”

Censure was swift from union and non-union members alike. Multiple community members commented on the organization’s Facebook page accusing them of union busting and putting their patrons at risk.

“Their patron base is like 65 to 70 years old,” stage manager and lighting designer TJ Burton told The Pitch by phone. “Those are the people who are dying of COVID. A bunch of us commented and were like, ‘we just want to make sure that people are safe. It’s not that nobody wants to work, it’s that you’re going against the union’s recommendations and professionals that say it’s not safe to open right now.’”

The question of whether the New Theatre can protect performers and audiences from a viral outbreak is not purely academic. In 2016, the theatre made headlines due to a norovirus outbreak that sickened 600 patrons.

A screenshot from the post on their site in March, downplaying the threat to patrons.

Until today, the theatre’s website did not detail any specific COVID-19 response measures or precautions—it simply read, “We open July 7. We’ll be protecting you.” But around 2 AM on June 24, the theatre added a link to a new “Precautions” page. The page states the theatre will reduce its seating capacity to 390, encourage patrons to wear masks, and offer an “abbreviated buffet” served by “gloved culinary staff.”

In a public Facebook post, Joe R. Fox III, the New Theatre’s Vice President of Production, acknowledged that “Nobody can guarantee that our effort will be entirely successful.” But he asked, “what are we – as humans – supposed to do in the months or perhaps years before science or natural events reduce the risk to a tolerable level? Not gather? Not sing? Not live life?”

Not singing might be the safest choice. Epidemiologists agree that respiratory droplets pose the greatest infection risk—and some early evidence suggests singing aerosolizes those droplets with ruthless efficiency.

But New Theatre’s response to critics may have done more to weaken confidence in theatre management than its reopening.

Jake Walker, a union actor, was one of multiple local theatre professionals critical of the New Theatre’s decision to reopen. Walker criticized the choice of show as well. At a time when protests for racial justice have gained traction nationwide, the theatre’s decision to feature a singer criticized for his alleged use of the N-word seemed especially poor.

New Theatre clapped back. In a bizarre email sent to local theatre leaders yesterday morning, artistic directors Richard Carrothers and Dennis D. Hennessy named Walker along with several other theatre professionals as a group of “agitators” launching an “ugly & mean-spirited campaign” against the theatre.

“We’re not sure what this group (including Jake Walker, Nancy Marcy, Kyle Dyck, Sarah Lebarr, Nicole Green, Tom Lancaster & others) really wants,” the email read. “Is their objective to close New Theatre permanently, denying work to all Equity actors?  That doesn’t seem to make sense. Perhaps they’re enjoying the spotlight & attention they’re getting now, something they have been denied on Kansas City stages.”

The email was sent to nearly every producer in town, including the artistic directors of the Kansas City Repertory Theatre, the Unicorn Theatre, the Heart of America Shakespeare Festival, Spinning Tree Theatre, Musical Theater Heritage, and Quality Hill Playhouse.

Kyle Dyck, one of the performers named in the email, objects to the theatre’s characterization. “I do not wish ill on NTR in the slightest, I want success for them at the highest level possible,” he said. “But never at a risk of health or safety of any involved.”

“For Dennis and Richard to call out local actors as ‘agitators’ to industry colleagues says more about their character than mine,” added Lancaster.

Chloé Robbins, a production assistant who has worked at the New Theatre in the past, was shocked by the message. “It just sounds so corrupt,” she said. “Just, if you talk back to us, this is what happens.”

In a public Facebook post, Marissa Wolf, the former associate artistic director of the Kansas City Repertory Theatre, characterized the email as “blacklisting.” The Union prohibits blacklisting—pressuring others not to work with certain individuals or circulating public or private lists of the same. And while Hennessy and Carrothers stopped short of explicitly recommending that other producers not hire the “agitators” named, the email reads as nakedly retaliatory absent any other clear purpose or call to action.

Hennessy and Carrothers did not respond to a request for comment. Brandon Lorenz, Equity’s National Director of Communications, did not respond directly to a question about whether the email constituted a blacklist. But in a prepared statement, Lorenz said, “we stand in solidarity with Equity members who rightly understand our industry has only one chance to get reopening right, and it is shameful to gamble with the health and safety of actors and stage managers, much less the audience.

“It is deeply disappointing that while many producers are collaborating with Equity staff on health and safety plans, New Theater attacked members who are standing up for a safe and healthy workplace during a pandemic. New Theater should spend less time attacking Equity members and more time working on a substantive response to our analysis of their draft health and safety plan. Their workers and audience members would be better off for it.

“We are exploring all options to protect Equity members and keep them safe in the workplace.”

For his part, Walker says he isn’t worried about the potential ramifications for his career. “If asking theatres to make ethics and morals a part of their mission means I work less, it’s worth it if the message gets out there. And maybe other theatres will listen.”

Our current plan, (depending on the number of local Covid-19 cases) is to re-open with our new Season in September 2020. If you are a Season Ticket holder and have already received your renewal information, please fill out the form and mail it in, fax us at (913) 649-8710. Or renew online at www.newtheatre.com. We will have a very limited crew on the phones so please be patient with us if you choose to call.

If you have tickets for a performance between now and mid-September, please know your money is safe in your account. Thank you again for your patience. We look forward to seeing you again soon.