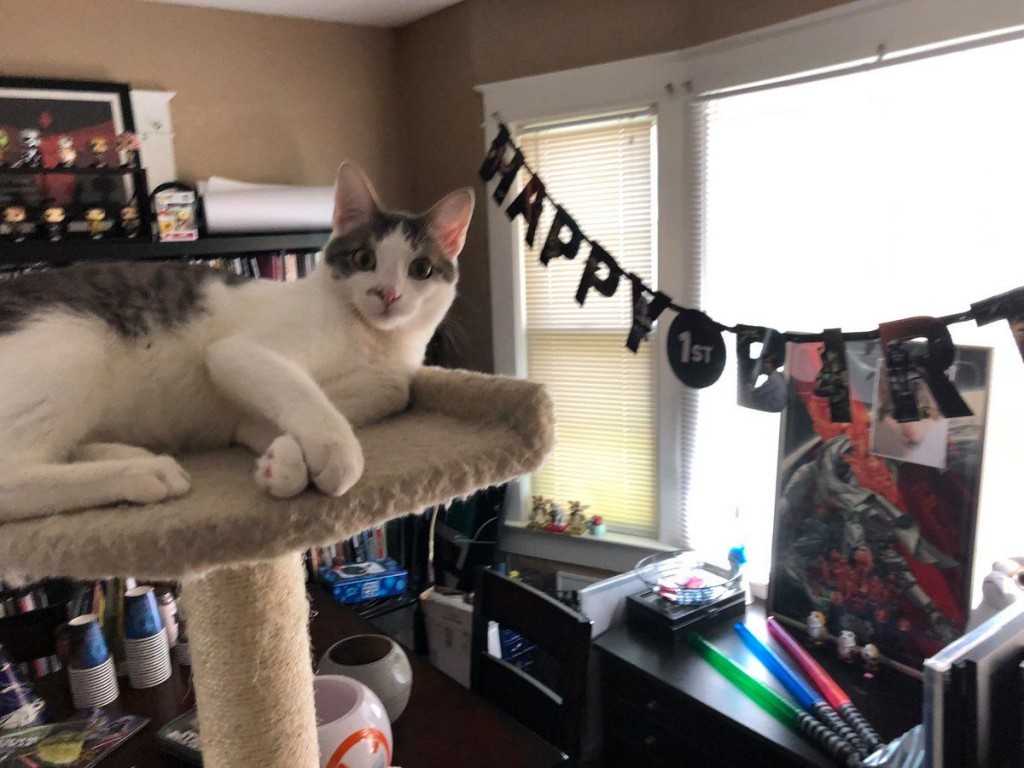 Today is “May The Fourth”, a day for the traditional celebration of the Disney IP Star Wars. It is based on the saying “May the Force be with you” from the movies. I doubt I needed to explain that to you, but you never know. I didn’t understand why April 26th was “Alien Day” so… happens to the best of us.

When my wife and I moved to KC, we had one cat. That cat is very angsty and i can always feel her judging me. She’s named Kimble after the main character in The Fugitive. She’s trying to find the man who murdered her wife. I dunno. Mostly she naps.

After a few months in KC, a friend posted on Facebook that a friend had two rescue kittens that had been found abandoned to die in a dumpster. They were found clinging to each other; two brothers.

Within five minutes, we had the foster mom on the phone. These boys needed to be ours.

That’s how Woodward and Bernstein entered our life. We’re both journalists, and we imagine those boys were actually in the dumpster, digging for clues in a big story.

The day they were found was May 4th of 2018. Last year, we decided to throw them a birthday party. Which would, obviously, need to be Star Wars themed. So I turned to party stores and bought the amount of dumb, tacky tie-in crap that you’d acquire for a 5-year-old child. This was, again, for a cat birthday.

I cannot express how much money I spent on this. I am very dumb and weird.

We had all of our friends over, and they brought gifts for W&B. We had blue milk and themed foods and The Boys just loved seeing so many people for the first time. They rolled around on the ground and get scratchies on the lap of our entire extended family.

I know it was just a silly party for adults, but I think for The Boys it was one of their best days ever. Especially, when our friend Reb realized she could fit in an inflatable BB-8 costume, which The Boys found equal parts terrifying and intriguing.

Today is their 2nd birthday, and we can’t throw a big party with everyone we know, but I assure you they’re getting more tuna and petting and toys today than ever before.

Here’s some cute photos from the birthday. Their sister Kimble even made a rare appearance. A big deal!