Ophelia’s chef Bobby Stearns is one of the guys 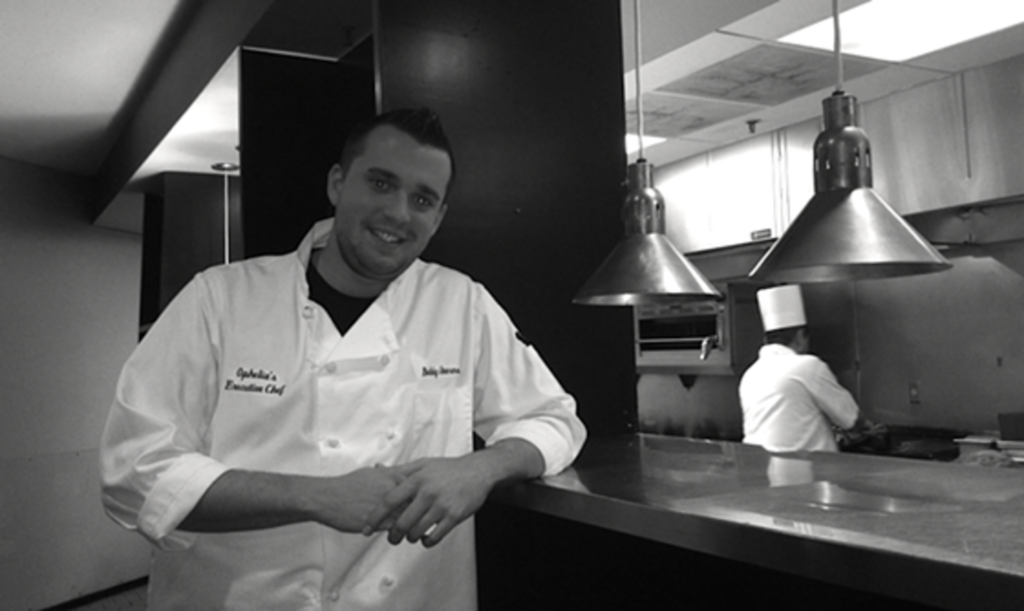 His hair isn’t as spiky, and his catchphrases don’t yet fly out of the kitchen as fast as the Ophelia’s popular short-rib dish does, but executive chef Bobby Stearns could be the next Guy Fieri.

“I don’t think you need to wear a chef coat for people to know you throw down,” Stearns says. “I like that about Guy Fieri. So when he retires, I’ll take his show.”

Stearns, 27, is kidding – mostly. But until he picks out the car for his version of *Diners, Drive-Ins and Dives, he’s trying to turn Independence into Flavortown. He arrived at Ophelia’s in June 2012, after graduating from Johnson County Community College and working as the sous chef at Taste with Jonathan Dallen, a friend. Among his changes has been the addition of short plates, including that hit short-rib dish: short ribs braised in plum wine and served with sweet-potato hash, crispy onions, blue cheese and a bacon glaze. It’s part of his effort to attract diners to Independence Square from his native Johnson County.

“I want people to know that I’m back there in the kitchen, cooking for them,” Stearns says. “I think if we use a few ingredients and cook them perfectly, then people will keep coming back. This is fine dining that doesn’t take itself too seriously.”

The Pitch sat down with Stearns after a recent lunch service to find out what he thinks is off-the-hook.