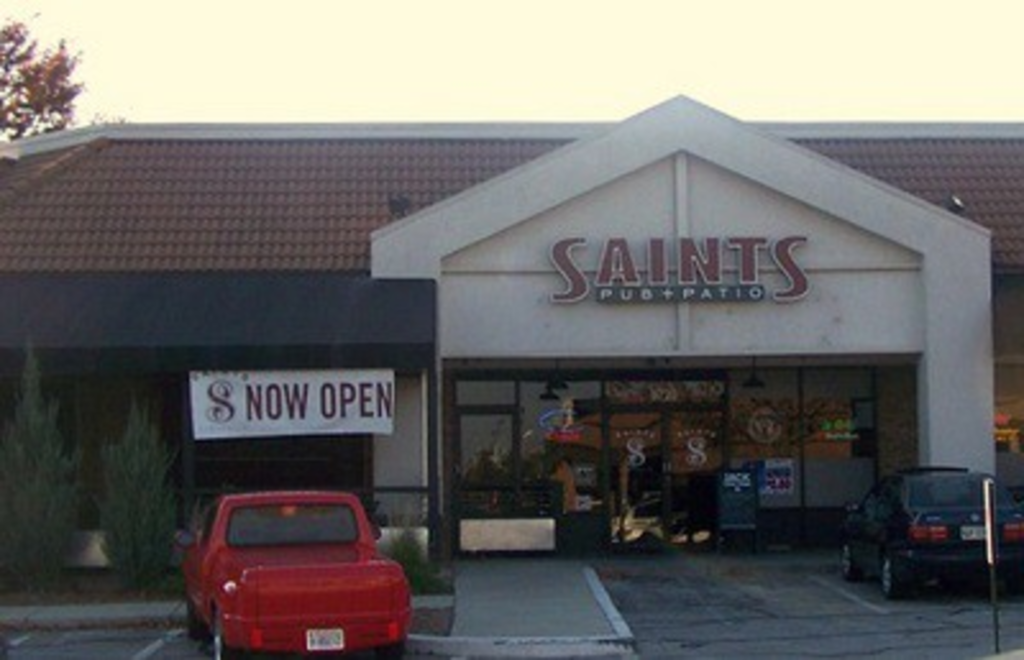 In South Johnson County across from Oak Park Mall and a Chick-Fil-A that might have been built that morning, I stopped by Saints Pub and Patio. It’s where the Lenexa outpost of Mickey’s Irish Pub used to be.

Saints is billing itself as an “American gastropub” — gastropub being one of those British terms used loosely to describe a bar with above-average food. About 20 years ago, gastropubs helped reshape British food from bland beans and lamb into a culinary force. Both Gordon Ramsey and Marco Pierre White worked at gastropubs early in their careers. Now gastropubs have started to invade America. Mario Batelli’s latest outing in New York is a gastropub — and one that received a Michelin star!

For its part, Saints defines a gastropub as, “An innovative new term for a pub that puts as much thought into the food it serves as the beer and spirits it offers.”

The menu that I saw was not yet innovative, though, offering standard bar-food-fare like wings, chicken tenders, spinach dip and fish and chips. I’ll give Saints some time, though. It just opened this past Friday and is still getting its act together.

One thing is certain: If Saints spends as much effort on the food as it did figuring out every nook and cranny where it could fit a flat-screen television, then expect it to gain a Michelin star too.

Also in openings: I went by the spot that used to be Final Approach Bar and Grill on 7955 Frontage Avenue running parallel with I-35 in Overland Park. While the Final Approach Sign remains up, the bar is now called Tailgaters and is under new management.