One man play ‘St. Nicholas’ gets one performance in KC before shutdown 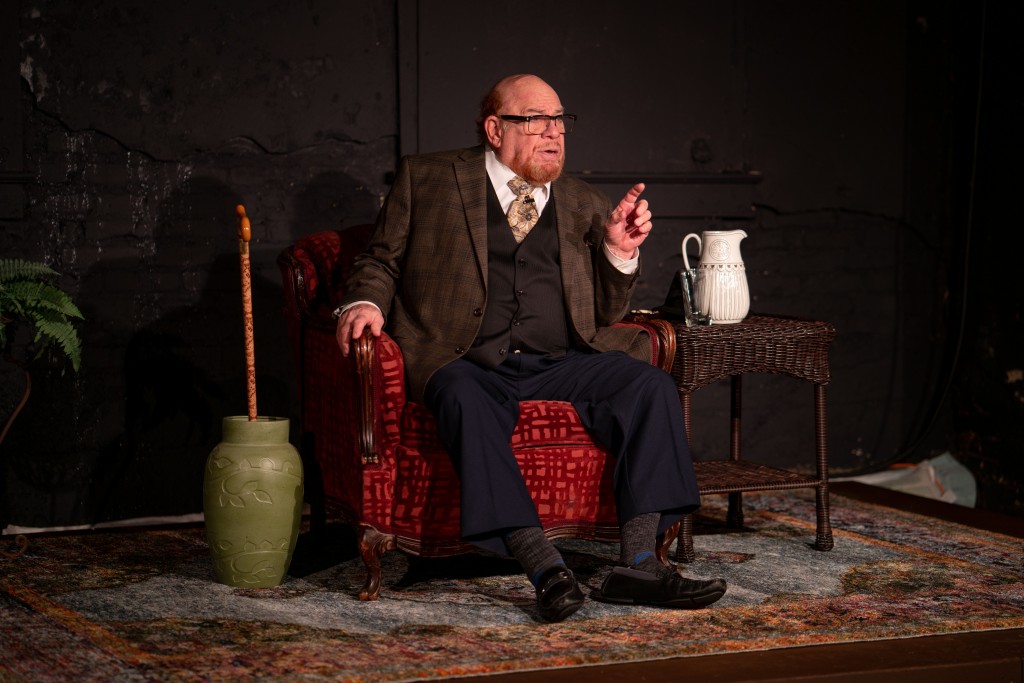 Last Saturday—a decade ago in coronavirus time—I attended the opening night of Kansas City Actors Theatre’s St. Nicholas, a charming one-man period piece about a time when theater criticism mattered. I was also attending the closing night of the show, though I didn’t know it at the time.

KCAT’s remaining performances have been postponed, like everything. In a press release, the theater noted that the production would “return in the coming months, again in partnership with our great venue partners at The Buffalo Room.” Specific dates are yet to be determined.

In case it helps you plan, here’s a brief time capsule of what it was like to see St. Nicholas, a play that does not feature St. Nicholas.

The one-man play, written by playwright Conor McPherson, chronicles an unnamed theater critic’s infatuation with a leading lady and his dreary stint living with a cohort of London vampires.

Just that log line’s bound to raise a couple obvious questions: 1) are the vampires a metaphor? 2) was he, the pathetic theater critic, the real vampire all along? Yes and yes, of course, but McPherson’s a fine enough storyteller to at least make those answers entertaining.

It helps when the one man in your one-man show is Victor Raider-Wexler, a prolific local stage and TV actor who’s voiced everything from Frederic Estes in Netflix’s Boss Baby to Mehrunes Dagon in the video game Skyrim.

McPherson’s writing is vivid and musical, though the plot turns on a familiar stereotype of a drunk, bitter writer with maximal ego and minimal integrity. Some of the revelations seem more like a playwright’s fantasy than a critic’s reality (he shits on artists because he desperately wants them to like him!). And some of the given circumstances—the critic’s status in the world, his fat newspaper paycheck—seem laughably dated.

Some of that’s to be expected: the play was first produced in 1997. Why, then, revive it now, in a metro that hasn’t had a full-time theater critic in years and isn’t accustomed to hearing more than mild-mannered critiques from the few freelancers who remain?

The answer to that might have less to do with the plot’s particulars than the skill and empathy of McPherson’s—and Raider-Wexler’s—storytelling. As much as I might roll my eyes about the gong-banging subtlety of a theater critic realizing hard truths about himself after living with literal vampires, I can’t deny I was invested in the emotional journey. St. Nicholas is an engaging tale laced with vibrant images and memorable scenes. 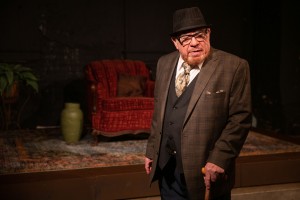 You might even get to see it, if the production is remounted later in the year as planned. Still, this emotionally vampiric theater critic has another suggestion: take it on the air. Sure, many plays aren’t going to translate perfectly to livestreaming or other tech-based presentations. But St. Nicholas’s barebones production design and “fireside chat”-style blocking seem to make it an ideal candidate for a livestream, a podcast, or even a radio play.

Of course, part of the appeal of seeing it at The Buffalo Room is that you can eat a burger from the adjacent Westport Flea Market during the show. But the Flea’s offering carry-out and delivery right now, so we might still (sort of) be able to recreate the experience in our homes.

One of the go-to aphorisms for when best-laid plans sour is “we’re just going to have to get creative.” Theater artists have been doing that longer than most of us (and with far fewer resources). But the citywide closures and contract cancellations represent a wholly new obstacle for the artist community.