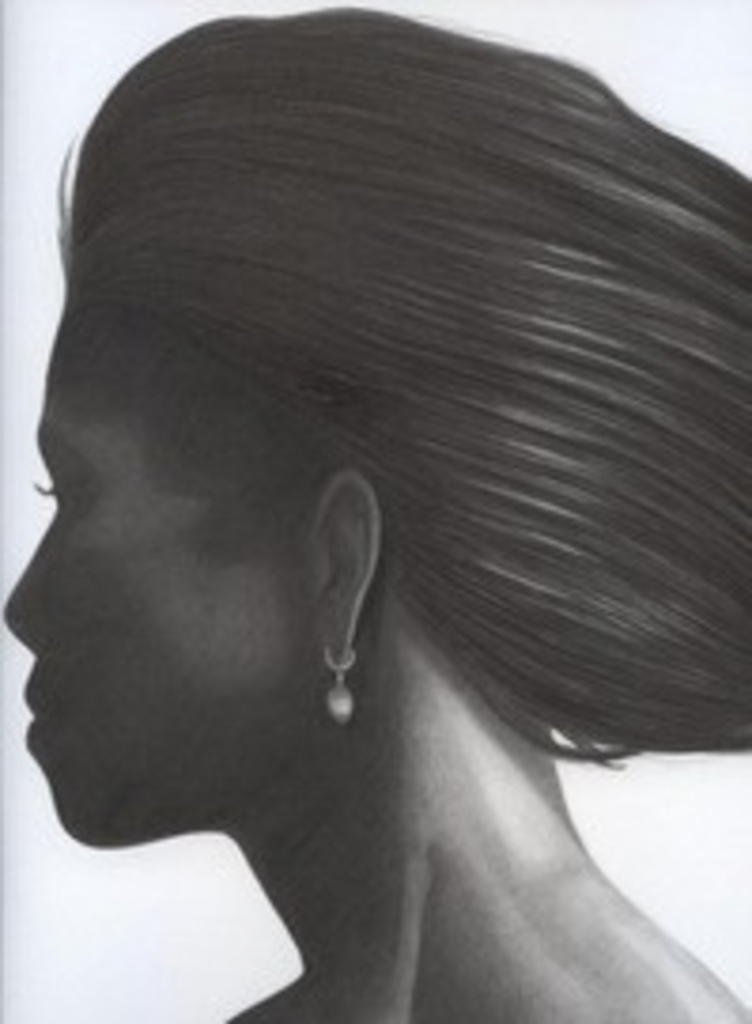 Earlier this month, former Pitch writer Jen Chen passed along a tip about an Olathe school teacher who does really cool sketches of Michelle Obama. Leslie Brown’s first sketch of the First Lady was featured on the Mrs. O blog. And he was considering a second version based off an Annie Leibovitz photo that was featured in Vogue. I exchanged e-mails with Brown after I wrote about his first Michelle Obama drawing. He promised to send his latest sketch when he finished. So check out the new one on the left

“I chose this particular picture

because I liked the profile view and her face was completely in shadow, which is

something we normally don’t see,” Brown wrote in an e-mail. 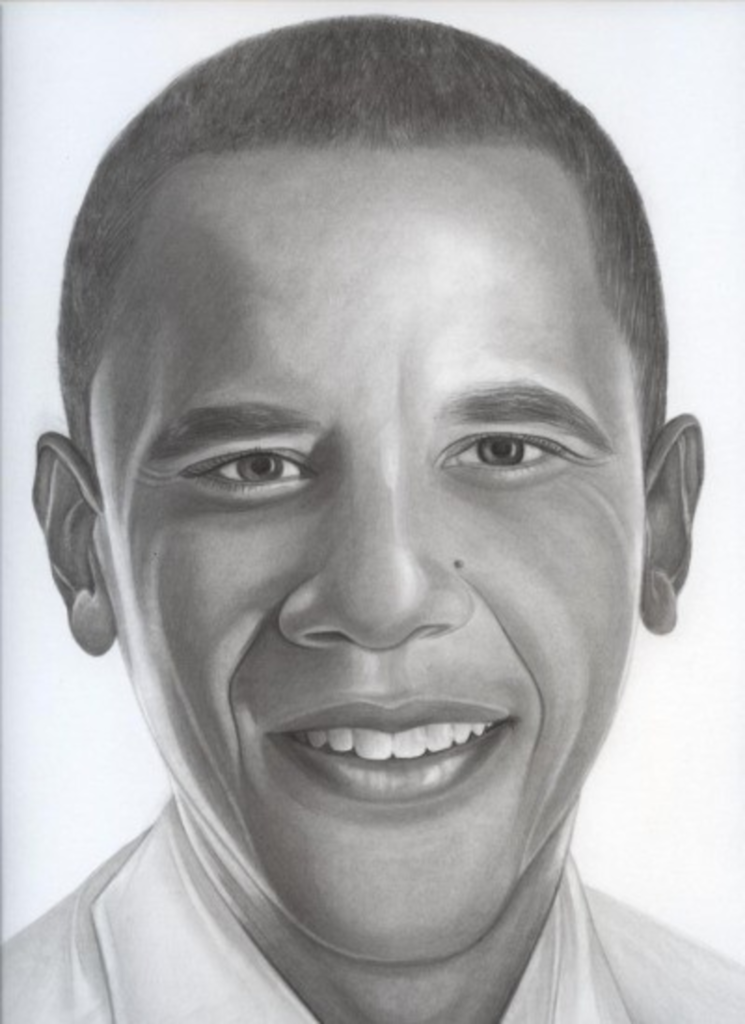 Brown used a mechanical pencil, .5 2b lead, a kneaded eraser, tortillions. He drew the piece on Bristol 400 series smooth paper.

“It takes me about an hour and a half to do an original sketch,” Brown

wrote. “Once that is done, I start the blending process. Since the

picture was so dark, it took me about 25 hours to layer, blend, layer.

It was a tedious task, but well worth it. The scanned copy doesn’t do

justice to the original!”

Brown tells me he’s “always searching for unique pictures to draw.” He practices using photos of celebrities or other famous people.