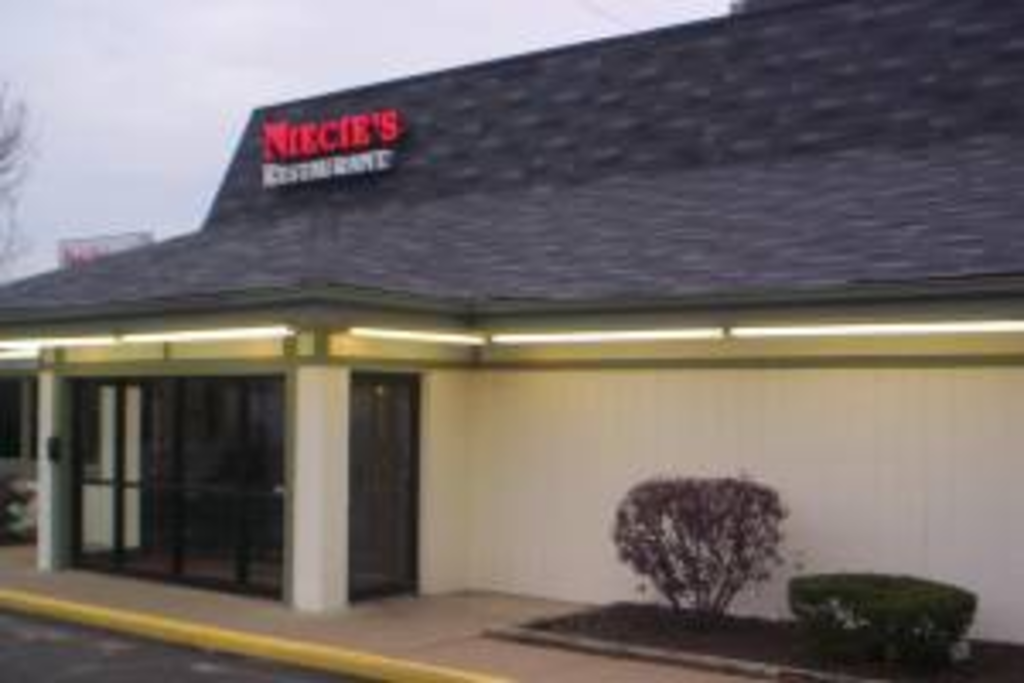 ​A lot of us here in Fat City have been waiting a long time for restaurateur Denise “Niecie” Hayes to finally close the Prospect Avenue location of her namesake home-style restaurant and open her new restaurant in a renovated Pizza Hut building at 6441 Troost.

Well, Hayes opened the doors to her Troost restaurant last Thursday and has been busy ever since. The dining room — which boasts a counter with seven stools, comfortable booths, tile floors and snappy service — looks great. I stopped in for breakfast on Saturnday morning and almost every table in the place was full. A lot of the customers were eating one of Niecie’s signature dishes: a buttered waffle with three fried chicken wings.

I ate a cheese-and-bacon omelette with smothered potatoes, a buttery biscuit and a small order of biscuits-and-gravy. Not so good for my arteries, but delicious nonetheless.

The special board at the entrance lists all the Niecie’s classics: fried chicken, braised oxtails, meatloaf, baked chicken and dressing and neckbones. The restaurant opens for breakfast at 5:30 a.m. seven days a week and serves until 8 p.m.

The original Prospect Avenue location is closed, but the second Niecie’s Restaurant at 8686 East 63rd Street is open for business as usual.