No more booze at P&L’s Whopper Bar for the foreseeable future :( 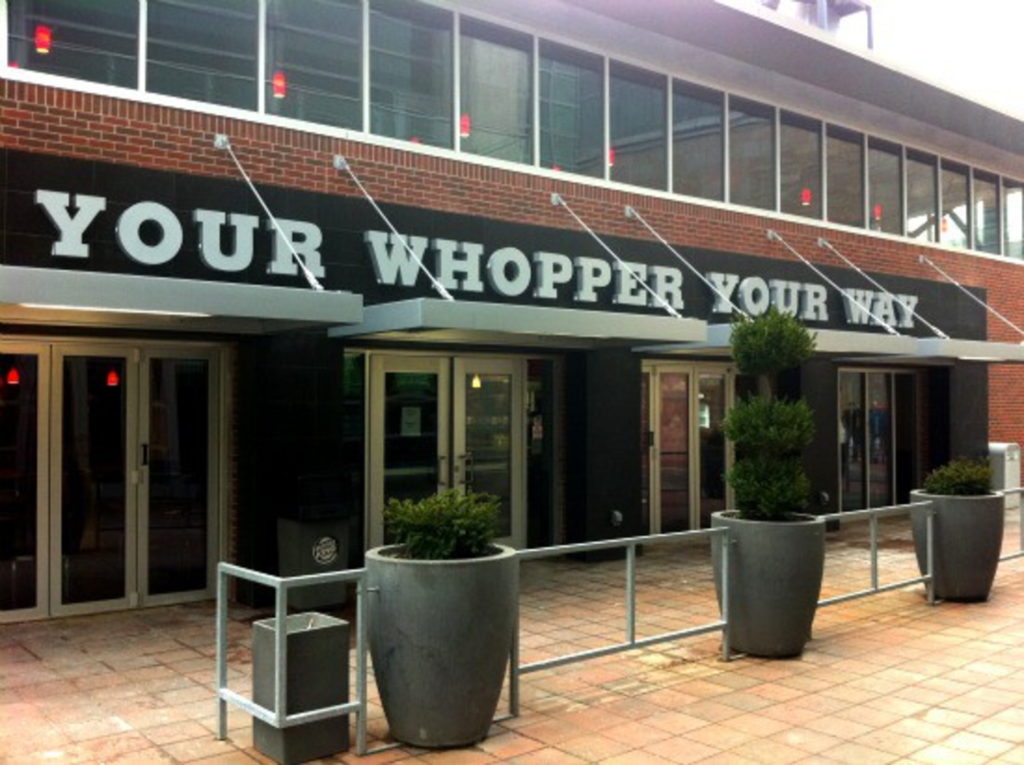 The Whopper Bar, Burger King’s experiment in slightly more upscale dining, debuted in the Power and Light District in 2011, at 1350 Walnut. In addition to more than 30 different toppings for your burgers (including guacamole and crispy onions!) and exclusive menu items like the BK Black & Bleu Steakhouse XT, Whopper Bar also offered customers beer and wine.

We are saddened to report today to our fellow BK fanatics that booze is no longer a part of the P&L Whopper Bar experience. The business landed on the city’s “Cease Delivery” list earlier this year, meaning that wholesalers are prohibited from delivering alcohol to it.

A manager at the Whopper Bar confirmed the booze halt.

“We may try to bring it [alcohol] back in the summer,” the manager told The Pitch. “We’re straightening things out here.” He declined to elaborate.

Reasons for inclusion on the city’s alcohol cease list include: defaulting on the license, failing to renew the license, having the license suspended, and having it revoked.

Casual reminder: Purchasing a Tendercrisp value meal at a Burger King drive-thru and eating it on your couch while sipping a Trader Joe’s Cab Sav remains fully legal behavior.