Whether it was the light drizzle, crisp temperatures or their military training, the veterans on the big, blue biodiesel bus got right to the point when they stopped at Liberty Memorial last week. 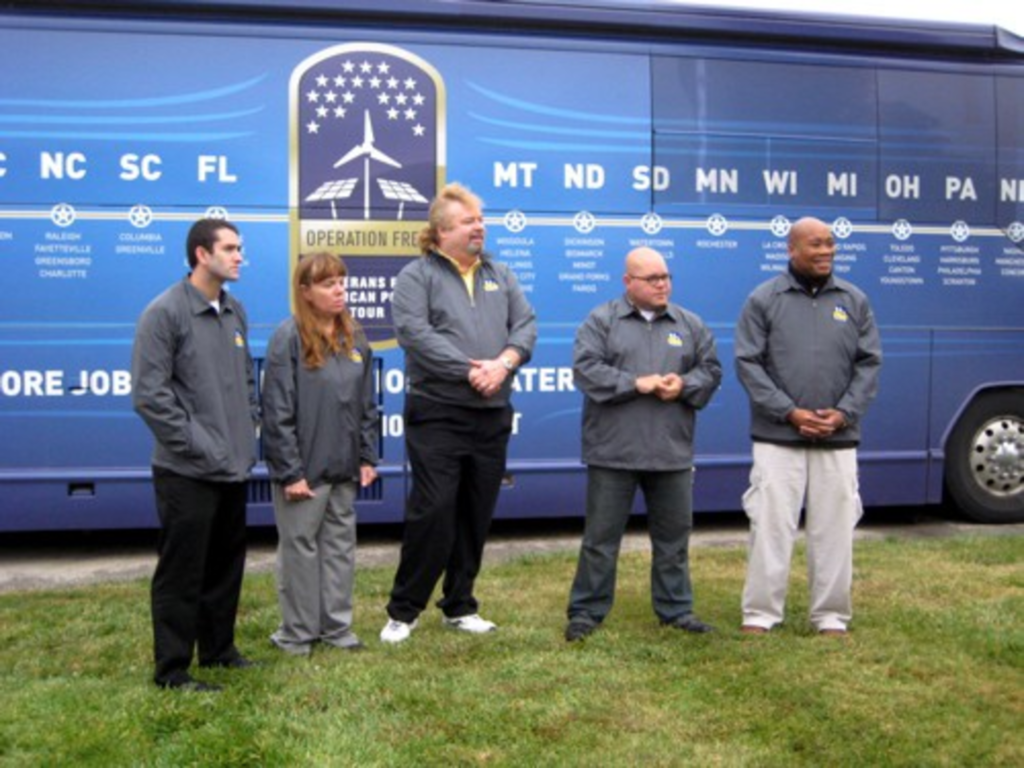 The small crew of military veterans are on a 21-state tour, trying to convince citizens — and Congress — that global warming is a threat to national security, just like terrorists or the Taliban. Their group, Operation Free, is a new alliance of former service members pressing legislators to strike against climate change and invest in renewable American energy before the ugly international consequences of global warming become a colossal problem for the U.S. military.

But the Operation Free veterans weren’t just blowing through town on their two-week tour. One of the guys who helped kick start the campaign in Washington, D.C., lives right here in Kansas City.