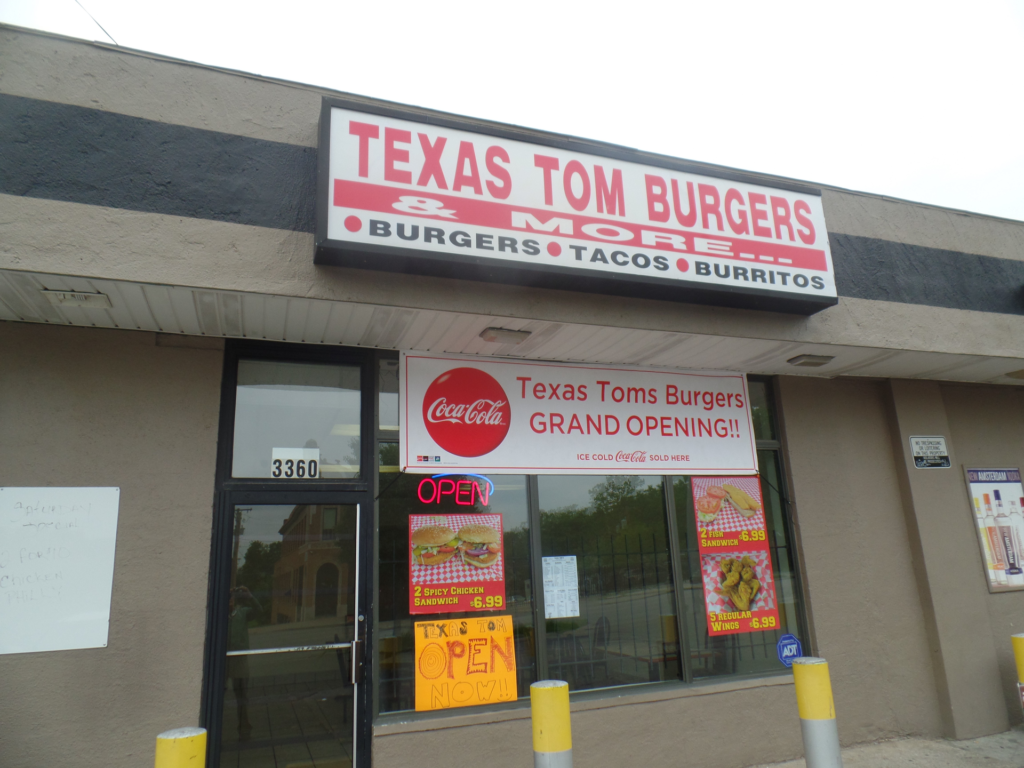 Restaurateur Ali Nazam says he knew a good location when he saw it.

The vacant storefront at 3360 Troost, which had been previously occupied by Teeshia’s Taste Cafe, looked like a good site, he says, for another Texas Tom’s fast-food restaurant; Nazam already owns a Texas Tom’s franchise at 6950 Prospect. Like that location, customers at the Troost venue order from an employee behind a thick pane of Plexiglas. Unlike the Prospect Avenue restaurant, the new Troost operation, which opened for business today, has indoor seating for more than a few people.