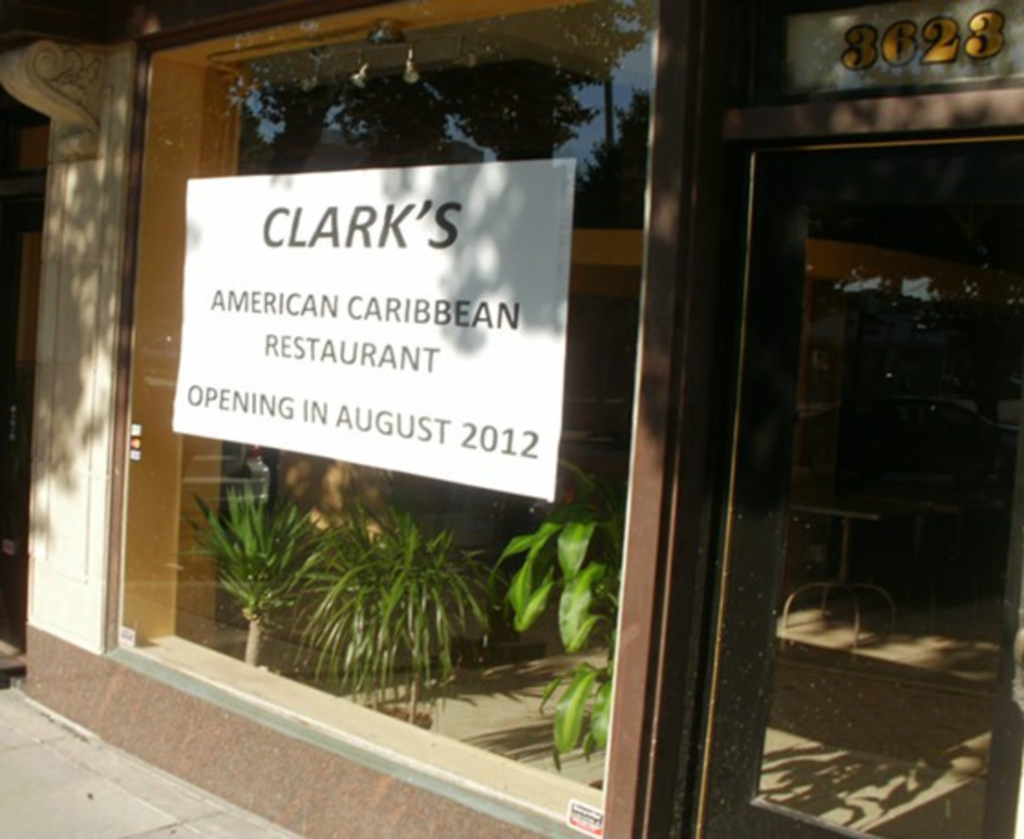 One of the most frequent questions that Fat City has been receiving lately is echoed by reader Rod, this time via Twitter: “Do you know anything about the restaurant coming in across from the Uptown Theatre? “

He’s referring to the old Chubby’s location at 3623 Broadway, last occupied by the New Cafe Tandoor. There’s currently a sign in the window announcing its newest tenant, Clark’s American Caribbean Restaurant. When it opens at the end of August, says chef and co-owner Joseph Clark, the venue will be serving classic soul food and Caribbean dishes. Clark will own the restaurant with his brother, Robert, and their father, Dr. Granville Clark.

Joseph Clark left Kansas City years ago, after graduating from Rockhurst High School; while attending Morehouse College in Atlanta, Joseph earned extra money by working in restaurants as a dishwasher, waiter and cook’s assistant. “I used to bug the line cooks about the dishes they were preparing,” Clark says. “I would ask why they were using this ingredient instead of that one or how they were preparing certain kinds of meat. It was the beginning of my culinary education.”