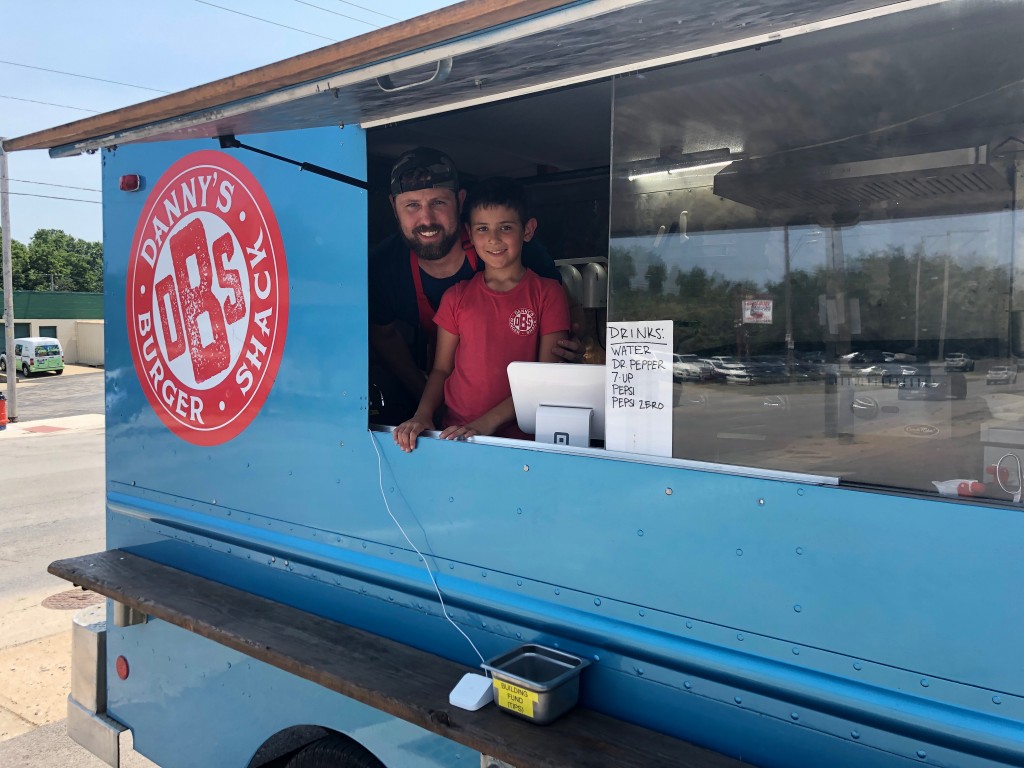 Daniel Kidwell and his son Everett, working at Danny’s Burger Shack outside of an auto parts store in Waldo. // Photo by Brock Wilbur

Daniel Kidwell and his wife Niki decided to follow their dream, less than a month ago, by opening up a mobile kitchen whose aim is to produce some of the finest cheeseburgers in the metro. [The plan to get off the ground actually started in early 2020, but we all know how 2020’s plans went.]

With their son Everett by their side, the crew is making an impact on parking lots and breweries around town. In a city that’s never upset to hear about a new food truck, the Kidwells have already found success in their initial outings—selling out the entire truck on several days before word of their existence has even spread on social media.

I caught up with the truck outside of an auto parts store in Waldo, and Danny’s promise of an excellent stack of cheese and beef was fully fulfilled. 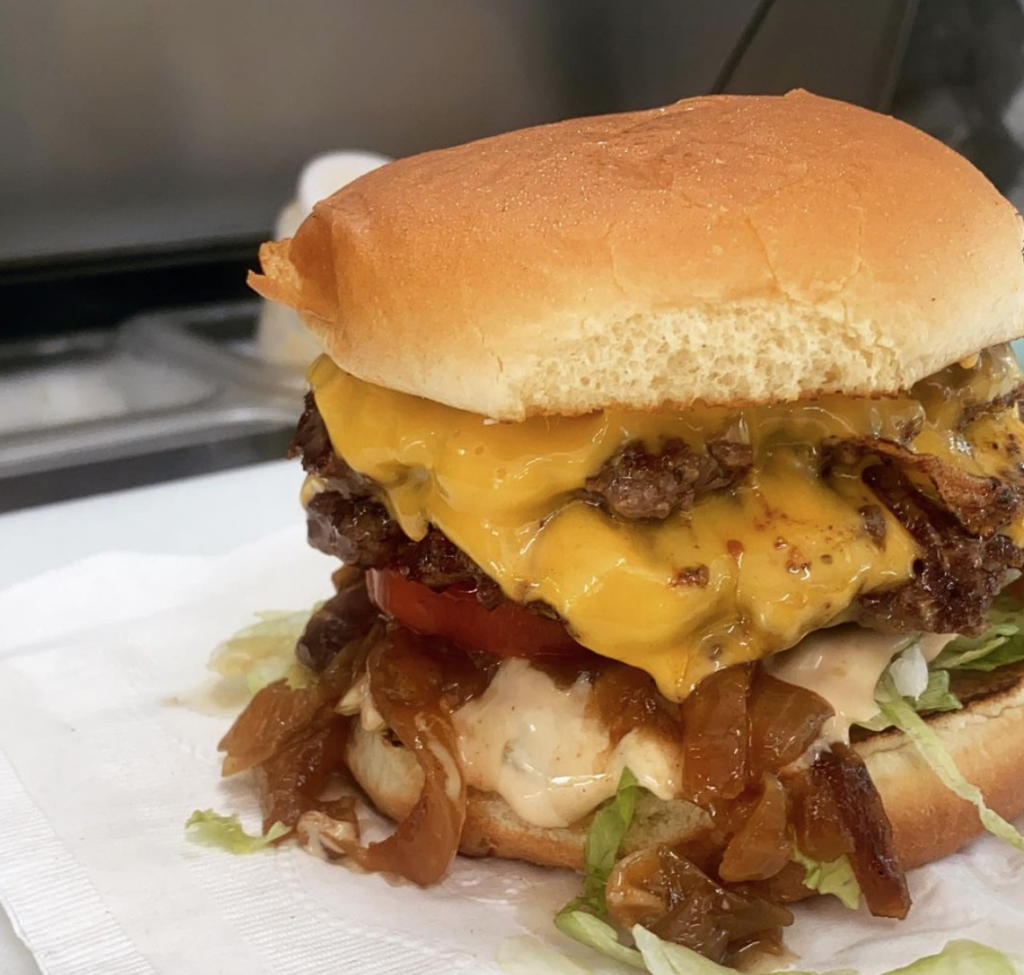 While parts of the menu—including a few sides and the Burger of the Month—are still in the fine-tuning stage, the core burg is both overflowing with ingredients, yet never falls apart. Some weird magic going on there.

But moving forward you can keep up with their location by following their Insta, Facebook, or Twitter.

If he’s there, make sure to tip Everett for his hustle. 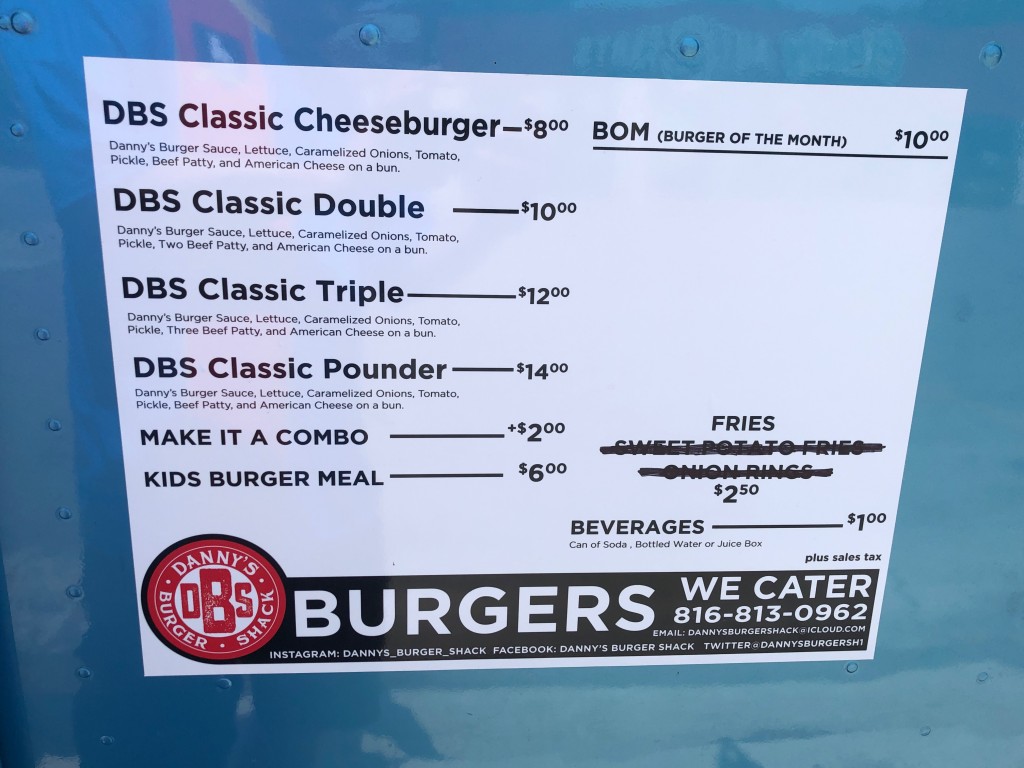 Rumor has it you might see a “Not So Spicy Jalapeño Bacon Cheddar Burger” as the BOM soon. // Photo by Brock Wilbur