Murder By Death finally reached Liberty Hall, what if that was my last live concert? 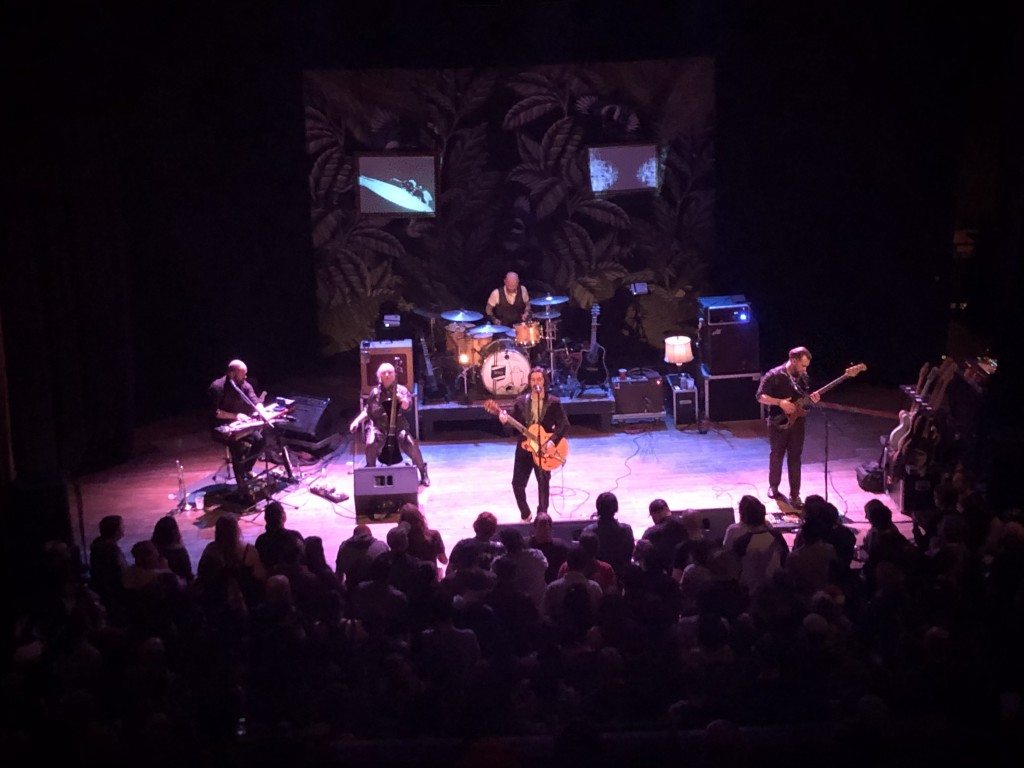 In March, the band Murder By Death swung through Lawrence. It was, as always, a great show. We were starting to hedge into coronavirus time and so our photographer couldn’t make it. My wife and I did. Simply an incredible show from start to finish. And now, I realize, it might be my last concert for the foreseeable future. The only ticket I have for a music event that hasn’t been postponed is set for mid-October, and even then I’m like hmmm.

If Murder By Death is my last show for 2020, that’s the only band I’ll accept it from.

Bloomington, Indiana gave birth to MBD back in the year 2000. In the 20 years (!) they’ve toured, the band has always been a staple in the Lawrence/KC scene. If you’ve never listened to them before, they’re a cello rock band that does country-adjacent rock with tales of drinking with Satan and fighting demonic robots in the Wild West. They’ve also cultivated an incredible following. Which is what you might expect from a band that does the aural version of taking a double shot of whiskey.

They’re also capable of being not nearly as dark as the name implies. They traditionally do a cover album with songs picked by fans that donate to their Kickstarters, which now spans dozens of hit songs redone as moody haunt-rock. They’ve also released an album that’s full band versions of songs that one band member sings to his dog around the house. Named for the dog, it’s called Songs In The Key Of Robocop. 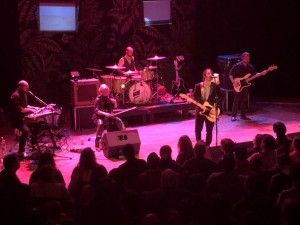 A cherished tradition amongst MBD fans is the yearly New Years’ series of shoes the band puts up at The Stanley Hotel in Estes Park, Colorado. The hotel is known for being the inspiration for Stephen King’s The Shining, and for a band that doesn’t shy away from horror themes, it’s an excellent match. Leaning into that theme, the band’s shows have a requirement for formalwear so that the entire room can take a photo akin to the last shot of the film. It’s been a multi-year delight for me to get dressed up all fancy and then drive up the side of a Colorado mountain in early January snow.

I’ve been a bit stuck on the Lawrence show since it happened. Again, it might be my last concert for a while. I’m used to being That Guy who has two or three shows in his calendar every week. I mean… it’s also my job. But even before that, I was still That Guy. And now, my only comfort is looping back to my memories of how great the band was live, one full month ago.

Murder By Death is how I start every year. It’s only fitting that they might be the end of my concert year. 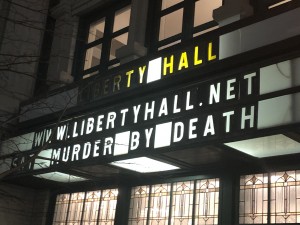 If there was anything to help comfort me, it was seeing MDB be visibly thrilled to be on stage at Liberty Hall. Lawrence is never just a stop for them, it feels like one of their adoptive homes. They recounted how they were first in a house party and then Replay Lounge and then worked their way towards the venue they now occupied. You could feel the genuine sense of accomplishment radiating off them, despite being on a 20 year anniversary tour, wherein they must have had much bigger personal victories to celebrate.

This video is from Lawrence ten years ago. Like The Shining, Murder By Death has just always been here.