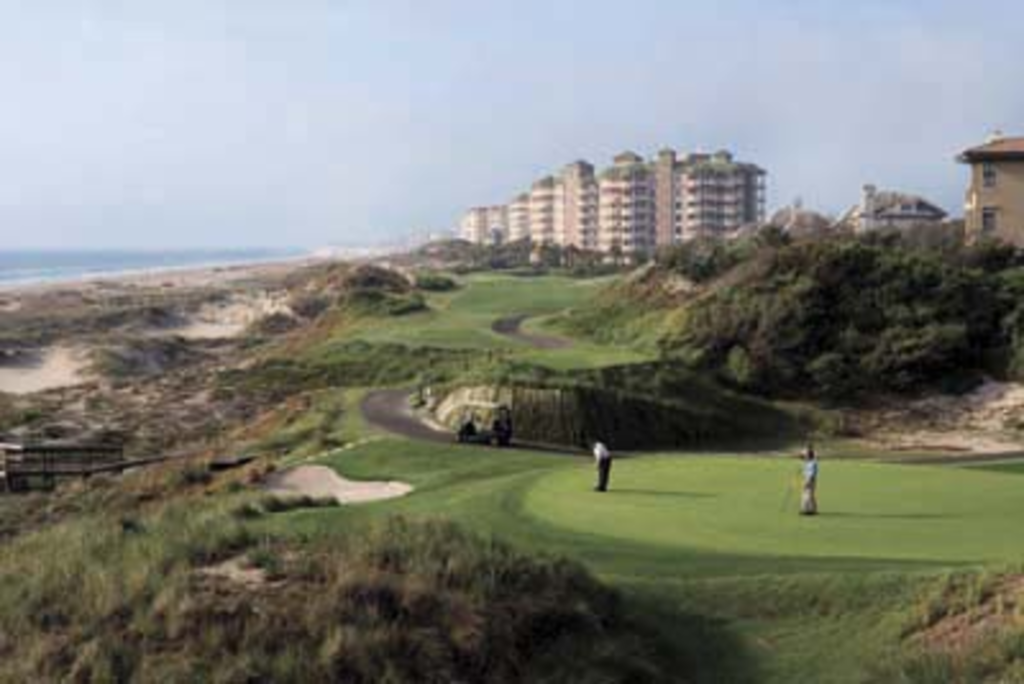 It was September 6. The couple was about to embark on a long day of travel. But the Williamses entered Terminal A knowing that the fourth and final airport they would visit on this Saturday was located in Maui.

Judge John B. Williams sits on the Municipal Court in Kansas City, Missouri. He traveled to Hawaii on the city’s dime. Williams and another Municipal Court judge, Mike McAdam, attended the American Judges Association’s annual educational conference at a Westin hotel on Maui’s western shore. The city reimbursed Williams $2,184.58 for the trip. (McAdam has not yet submitted his receipts.)

The city did not pay for Molly Williams, the judge’s wife, to fly to Maui. In fact, the sticklers in the accounts division of the city’s Finance Department checked to see if her presence caused Williams to be charged a higher rate for his hotel room. (It didn’t.)

Still, the trip suggests that the bene­fits of being a Municipal Court judge in Kansas City do not end at good pay and a light workweek. The judges earn more than state Supreme Court justices and are notorious for keeping banker-with-a-drinking-problem’s hours.

In addition to the trip to Maui, Williams and McAdam attended a conference at a resort in Florida. The conference, a midyear meeting of the American Judges Association, took place at the Amelia Island Plantation, near Jacksonville. The oceanfront resort features oak-shaded tennis courts and 72 holes of championship golf. The three-day meeting cost the city $1,801.19 for both men.

Receipts on file at City Hall indicate that the seven full-time Municipal Court judges have incurred travel expenses totaling $16,892.87 in the past 12 months.

The most expensive seminar took place in Reno, Nevada. Three judges, including Presiding Judge Elena Franco, attended the National Judicial College, a continuing-education facility on the campus of the University of Nevada.

The judges took an 11-day course. According to a brochure, they learned case-management techniques, signs of addictive behavior, guidelines for issuing search warrants and other subjects.

The National Judicial College opened in 1963. Each year, 2,500 judges enroll in courses. It seems reasonable to believe that Franco and the two most recent appointments to the Municipal Court bench, Katherine Emke and Ardie Bland, returned from Reno better judges than when they left. (All new Jackson County judges take a two-week course at the college, according to a court spokeswoman.)

But some of the judges’ travels look superfluous. The schedule of the Florida meeting of the American Judges Association, for instance, consisted mostly of association business (committees, luncheons, etc.), with one educational session — “Understanding the Senior Moment” — thrown in.

Four months after the judges’ meeting adjourned at “Florida’s premier island resort,” Williams and McAdam were packing for Maui.

When the Williamses arrived on the island, Molly rented a Chevrolet (cost to city: $146.60). The conference featured a luau and an optional yoga class (“Stretches that can easily be done in chambers at recess will be emphasized”), in addition to lessons in procedural fairness and recent Supreme Court decisions. Upon his return, Williams asked for $668.50 in per-diem money. He received $567.50 after the accounts division determined that the request padded the length of the conference by a day.

Independence’s pair of municipal judges venture no farther than Lake of the Ozarks, where the Annual Courts Conference of the Missouri Municipal and Associate Circuit Judges Association is held. The event is far from extravagant. Expense reports indicate that four Kansas City judges attended the 2008 seminar, incurring travel costs that averaged $266.29 each.

Overland Park spent $3,614.42 to send its two municipal judges to conferences in the past year. Still, on a per-judge basis, Kansas City managed to outspend OP by nearly 52 percent.

I had hoped to talk to somebody at Municipal Court about the travel expenses. But the court makes an effort to keep accountability at a distance.

In May, Bernard Schneider, the Municipal Court administrator, issued a memo instructing court employees to direct all media requests to Mary Jacobi, the public information officer for the 16th Circuit. The directive came from Franco, according to the memo.

Yet last month, Jacobi told me that it really wasn’t her job to handle press requests for Municipal Court.

So I called Franco in an effort to determine who sanctions trips to Maui. The judge’s secretary referred me to Schneider.

Here’s the problem with that. The judges are elected officials. They don’t report to Schneider any more than the City Council reports to City Manager Wayne Cauthen.

Franco’s attempt to throw Schneider under a bus fits the court’s pattern of not showing much eagerness to accept responsibility for its faults.

In 2003, The Kansas City Star used parking records to document that Municipal Court judges spent, on average, less than 30 hours a week in the courthouse. Six months later, after being called “a public relations nightmare” by a circuit judge, the judges agreed to schedule heavier dockets.

Williams, the presiding judge at the time, apologized for “any misperceptions” about the workloads. Ah, that old trick. Nothing says “I’m not really sorry” quite like the statement of regret that blames the transgressed for not seeing things clearly.

The City Council has tried to stem the judges’ laziness by not filling two vacancies. The judges have responded, in part, by throwing a fat bone to senior and retired judges. From May to October, Charles DeFeo Jr. made $32,633 substituting for judges who were sick or on vacation — or attending conferences in some of the most delightful spots on Earth.

Editor’s Note: The cost of the Maui car rental, originally reported in this column as $251.39, was $146.60. The total cost of the Williamses’ Maui trip is unchanged.