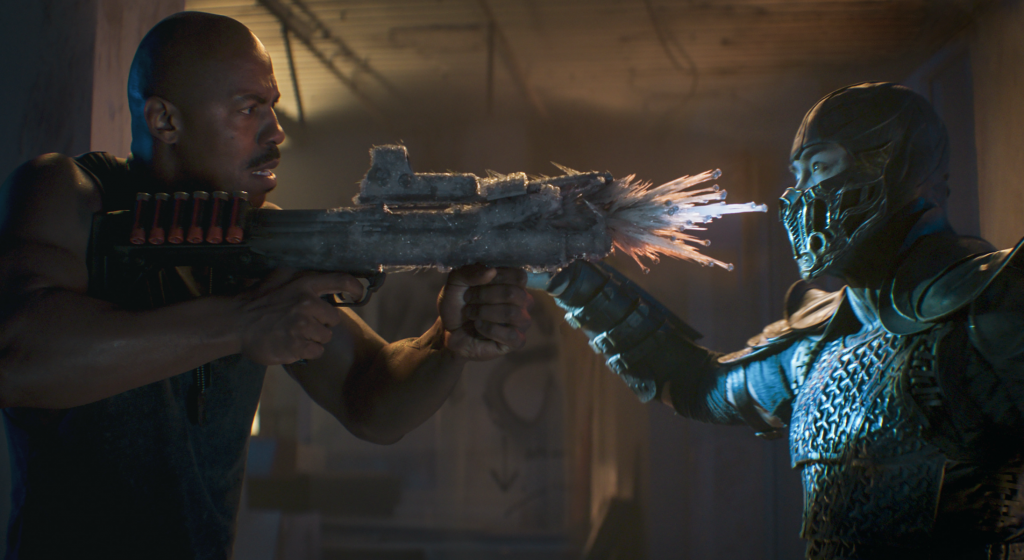 In 4th grade, Mortal Kombat was the reason I peed my pants.

I was at Roy Willaims’ summer boy’s basketball camp at KU. I’d been there for a week and hadn’t showered the entire time. I had access to a shower, I was just set free on my own for the first time. And not every bird takes flight. In the arcade of a dorm building that is no longer there. Mortal Kombat 2 had an arcade cabinet where I had simply run death upon a series of older, better basketball players. It had gone so long, I had actually built up a bit of a backlog of challengers. I kept going one round further than I thought I should. I kept trying to hand-off to other kids; asking if they’d like to go next. “No man, I just like watching you,” was suddenly the attention I no longer needed. At some point—mid-match while playing as Sub-Zer0—my bouncing in place stopped and I filled my shoes with dampness. The group didn’t seem to notice, and so I just slowly walked away. Equal parts triumphant and with the soft squish of piss in my shoes. Having not showered in a week really helped with no one noticing. Becoming Prof. Pee-Pants still remains among my favorite gamer moments of all times, despite… everything.

The reason I couldn’t be pulled from that cabinet was that I’d mastered a game I had no access to otherwise. My parents, back in normal small-town life, were never going to let me play a Mortal Kombat—a series repeatedly lampooned in the media for being the pinnacle of sin-culture destroying the youth. I’d managed to sink the quarters necessary to becoming a “pinball wizard”, but for removing the hearts of brightly colored challengers using my fists. It was a transgressive accomplishment that I knew I could never recreate.

It’s worth mentioning this, because 30-ish years out, the IP of Mortal Kombat still peaks when it makes you feel like you’re breaking an unwritten rule by participating in it. The gruesome nature and the technical prowess surrounding an MK event is not inherently exploitative or pornographic—but at its best, it should feel like someone is about to walk in on you and yell at you. MK should be something that brings a kind of joy that you know you’re not allowed to have.

This rebooted film version of the Mortal Kombat universe will provide that same lost-rush of transcendent joy-violence that many of you might be chasing. More importantly: for a new generation, it might give them their first rush of the pee-pants. For a first-time director, Simon McQuoid knocked this out of the park. And other directors attempt to tackle big games IPs in the coming years should be shaking in their pee-pants at the thought of squaring up in this ring.

In the film, we meet a lot of people. Many of these people die. Figuring out why is rarely important. If someone important dies, they’re probably coming back in some form. The series isn’t particularly known for sticking to the “mortal” part of its concept. That said. We get to know and appreciate a small league MMA fighter named Cole Young. Shockingly, our main character isn’t a member of the Mortal Kombat universe. And that’s for the best. For a gigantic beloved series packed with one-dimensional, one-note entities, the humanizing foundations could really use a semi-fleshed out… human.

Cole is not particularly good at fighting. He might’ve been at one point. Somehow, he’s already kinda washed-up in his 30s. But he does have a magic tattoo that he was born with, passed down through his bloodline. This is his ticket to be one of the few chosen to compete in Mortal Kombat.

AS PER USUAL, my Kombat Konundrum is back. Earth and an evil hellworld called Outworld have a forever competition. They hold regular Mortal Kombat tournaments, and if one realm wins ten in a row then they get to take over the other realm. The thesis of all MK entries is that Outworld has won the last ten in a row, and with only one more victory they will have the rights to conquer and destroy Earth. My problem here is that the combatants from Outworld—a series of gigantic superpowered monsters—seem to spend their entire lives training to win the next Mortal Kombat. On Earth’s side, our possible heroes are always told like… a week ahead of time… that any of this is even happening. We have an immortal god in charge of making sure we’re prepped for this shit. I have no idea why we always choose to spring Mortal Kombat on the humans like a gender reveal party. It never works out well.

Focusing on the same old plot sticking point isn’t needed. What you want to hear is that a bunch of weirdos with bizarre personalities and magic powers do violence towards each other. Well. They do. A drunk shoots lasers from his eyes and a woman screams in the sky and another guy has too many arms and someone else has a hat that turns into a chainsaw and Sub-Zero freezes a man’s blood into a blood-icicle and then stabs him with his own blood. None of this even ranks among the top 20 best moments in the film that might make you jump up and shout “Oh shit!”

And that’s all you really need to hear to know whether this is worth your time or not. Could I criticize that—quite literally—this movie never actually gets to the actual Mortal Kombat tournament? Absolutely. But I’m not a nerd, and neither are you.

This movie is free on HBO Max right now. You should throw it on, turn up the volume as loud as it goes, and dare your neighbors to come fight you about it. Wall-to-wall gruesome, roller-coaster fun. Run, don’t walk, to the TV in the place where you’re still quarantine and turn it on.