Missouri ranks as the 4th most car-dependant state in America 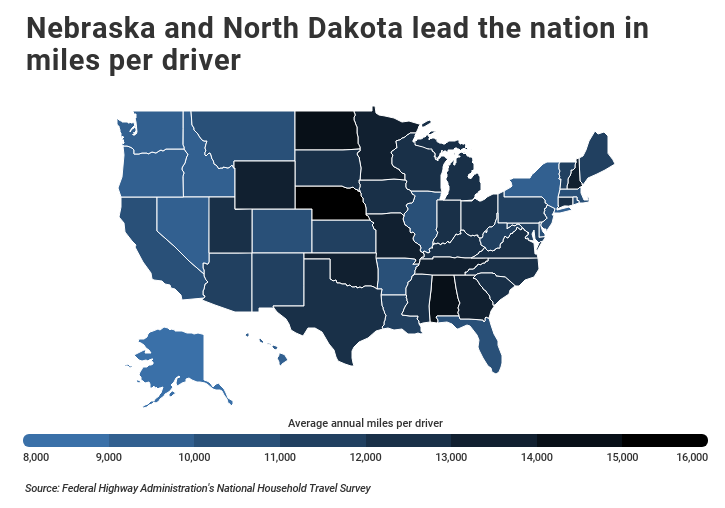 Ahead of the possibility of free busses coming to KC, a new report suggests that Missouri is the 4th most car-dependent state in America.

While the country as a whole continues to rely heavily on cars, a new trend towards less car dependency is emerging among certain demographics. In addition to fewer teen drivers, more Americans are working from home. Between 2010 and 2018, the share of home-based workers increased from 4.3 to 5.3 percent, while the share of car commuters decreased from 86.3 to 85.3 percent.

Compared to Western European countries, the U.S. is more car-dependent for a variety of reasons, including its size, suburban sprawl, less expensive gas, and underdeveloped public transportation. In many U.S. cities, driving a car is practically a necessity to get to work, school, or the grocery store. 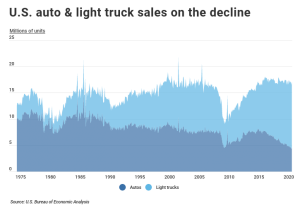 Car-dependency varies widely across cities and states, depending on public transportation options, geography, bikeability, walkability, and culture. Nebraska and North Dakota claim the top two spots in the country for average annual miles per driver, with drivers in these states driving an average of 15,390 and 14,393 annual miles, respectively. The national average is 11,621 miles. Alaskan residents drive the fewest, at just over 8,000 miles annually.

This brings us to the stats on Missouri:

Worth considering our impact on the environment, and personal costs, when we discuss the future of transport in our state.