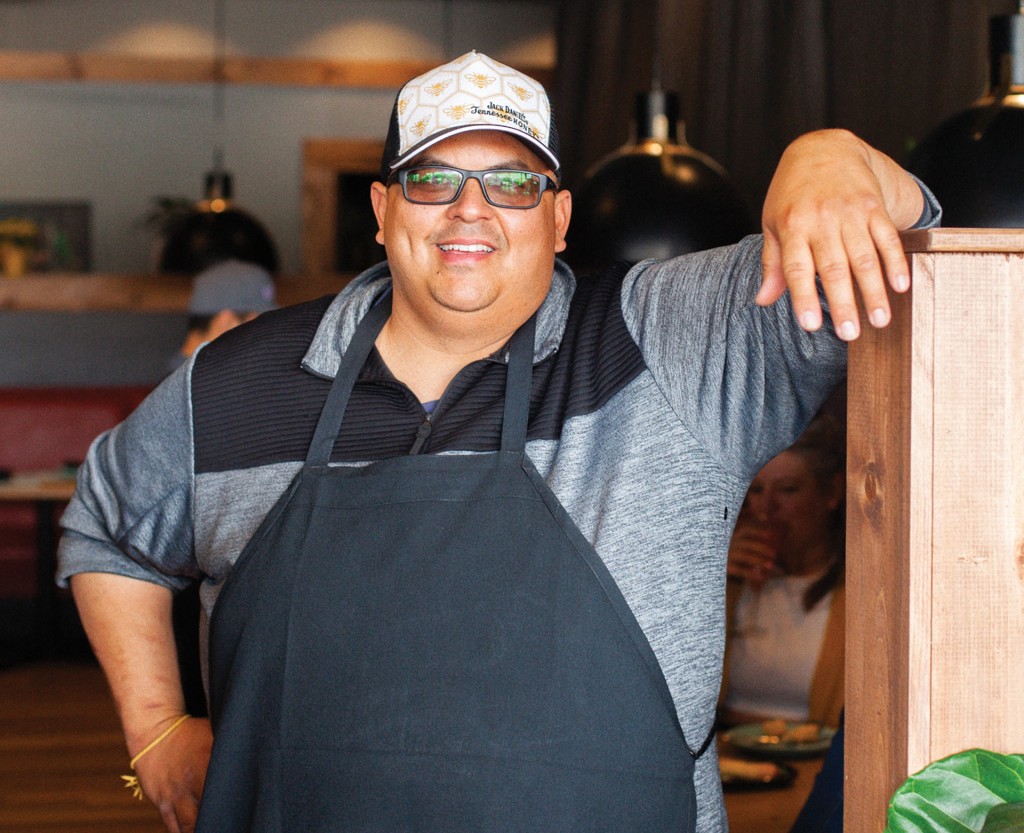 Teddy Liberda has a bone to pick with the word “fusion.”

He’s the pit-master and Thai-inspired barbecue connoisseur at Buck Tui in Overland Park, Kansas. He indicts the term for shortchanging many Asian cuisines, glossing over the nuances that make great food shine.

“What does the word fusion even mean?” Liberda asks. “Is it supposed to be Asian that’s mixed with American—all of that is just one category? Nah. There needs to be more. And our barbecue is all about the culture; it’s real Kansas City authentic Asian barbecue.”

He believes in the doctrine of heat and is playing the long game to get spice-shy customers to believe in it, too. He cooks with a colorful plate in mind, ends many parties with a pot of pho, and thinks food tastes best when it’s doing good in the community. And he’s serving some serious flavor near you.

Below, Liberda dives into forging a new path for barbecue, the spots he’s loving as of late, and a tragic yet impressive tale about his commitment to cilantro.

The Pitch: Can you describe your food philosophy using three words?

Liberda: “Community-driven for sure. It’s not about the money, it’s a way of life and about taking care of our people. Also, layered. It’s all about the palate for me; those four pillars of Thai that are sour, sweet, salty, and umami. We pull cultures together and make a new lane. There’s a stereotype that Thai food is so hot, so a lot of people are scared of it. But with barbecue and stepping into that game, that gets people to say okay, I’ll give it a try. And they say, ‘that’s good, and it’s different.’”

What’s the one thing customers should order when they come to Buck Tui?

Get the brisket. That wears the crown here, and that’s any variation of the meat. Get it with the curry, or try it in the egg rolls. Don’t be afraid to mix and match and eat family style. If you want to, go ahead and splurge for the Salt Creek. Her beef is very unique in flavor, and combined with our process, you aren’t going to get it anywhere else.

What’s your most controversial food opinion?

I used to pick on people who didn’t like cilantro. I used to hate that because we use so much of it, and I loved it… until I didn’t. I slowed down and quit drinking as much I used to, and now it tastes like straight soap to me. What happened to me? I used to curse people for that. But I still eat it. I’ve just got to have my cilantro. It’s only on certain dishes too which is weird, but now I understand that. 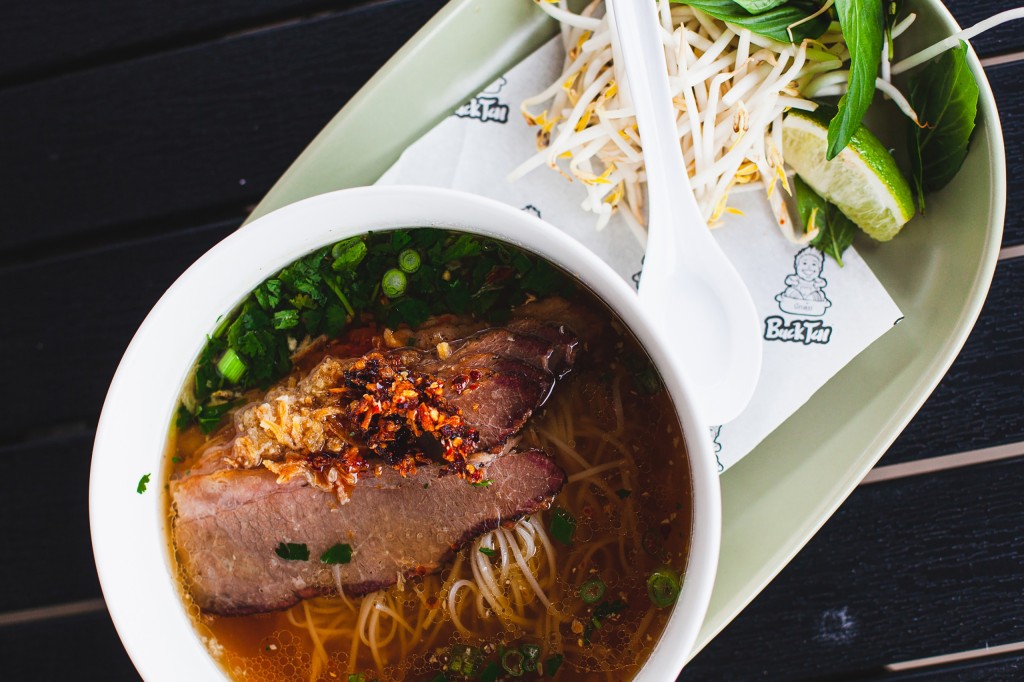 What ingredients do you always have in your fridge at home?

Meatballs and bones. And some type of fresh noodles always, with basil, cilantro, garlic, and sometimes chili oil. Of course, with the whole pantry of sauces. My wife [Pam Liberda of Waldo Thai] does soup Sundays, now we do it here instead of home and go all night with it.

What Kansas City chefs and restaurants are impressing you?

So many, man. Johnny Leach down at The Town Company—that dude’s a soldier. Just his carrot sauce alone with that bread his wife makes is amazing, and they’re just good people. Fernanda [Reyes] at Taco Naco, that girl is a hustler. She inspires me so much, so do all of the people up there at the Overland Park farmers market. Of course, Michael Smith with his caviar sandwich, Colby Garrelts, and I’m good friends with Shaun Brady down at Brady & Fox. Me and him are always trading equipment. I just really love to support local, always.

What’s your go-to for late-night grub?

I have to hit up Town Topic, or if I’m rolling through The Plaza my spot is Winstead’s drive-thru for that double bacon cheeseburger with a cherry limeade.

What bar are you imbibing at before said late-night grub?

Canary, for sure. That place is so sick. If I was to go out drinking, I’d hit there first and have a couple of snacks, then Town Company for dinner. The next stop would be The Phoenix to listen to some jazz, and after that is when you hit up Winstead’s or Town Topic. The brunch at Buck Tui the next day, and boom, there’s your weekend.