Mickey Mouse co-creator Ub Iwerks has been mostly written out of Disney’s history. A new book gives the Kansas City animator his due. 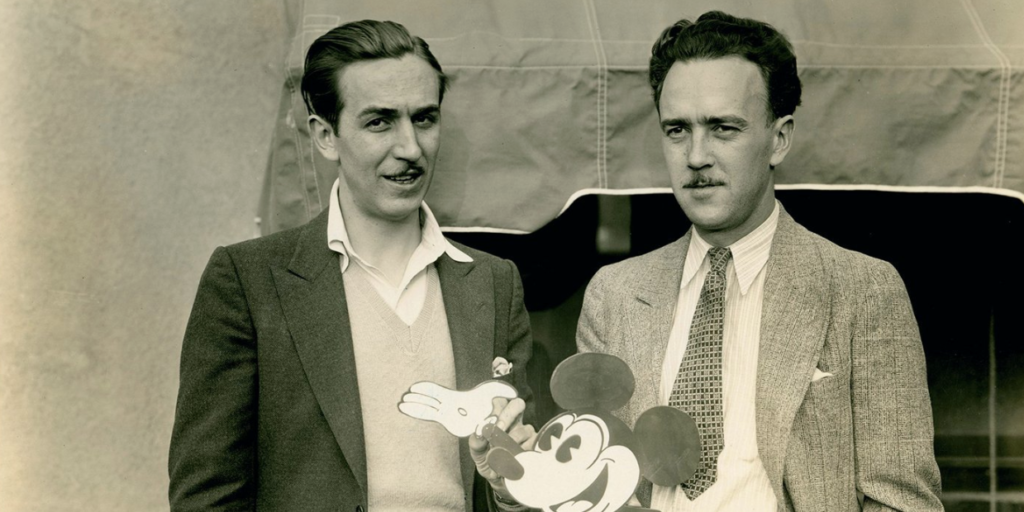 Steamboat Willie was made in California and debuted in New York’s Colony Theatre. But the people responsible for Mickey Mouse emerged out of Kansas City.

There was Walt Disney, of course: paperboy for The Kansas City Star who produced the breakthrough sound cartoon and even provided Mickey’s falsetto voice. Walt’s brother, too: Roy O. Disney, who worked at First National Bank of Kansas City and kept the books in order. And Carl Stalling wrote the music, using the skills he picked up as an organist accompanying silent movies in KC’s Isis Theatre, at 31st and Troost.

All of the animation, though, was drawn by one man: Ub Iwerks, who also designed the revered rodent. Even though the early Mickey cartoons all feature the “Drawn by Ub Iwerks” credit, his role in founding one of the world’s largest corporations is not as well remembered. Iwerks, born Ubbe Eert Iwwerks in Kansas City,  was the son of a Frisian (northern European) immigrant. After helping create Mickey Mouse, he left the company, founded his own studio, and later returned to Disney to become the company’s special effects wizard.

Jeff Ryan’s new book, A Mouse Divided: How Ub Iwerks Became Forgotten and Walt Disney Became Uncle Walt, helps illustrate how both men became fathers to an animated mouse. It also reveals that bringing Mickey to the big screen was a struggle full of feuds and surprises that were secrets until now. We recently spoke to Ryan by phone at his home in New Jersey.

The Pitch: How did you first discover that there were other Kansas Citians involved with Mickey’s creation besides Walt Disney himself?

Ryan: The first Disney book I ever read was The Disney Version by Richard Schickel. I thought that would be a good introduction for Walt Disney. I didn’t realize that he had this partner for the first 10 years. I assumed it was just Walt and Roy because those were the guys you heard about. The fact that there was a third person who didn’t really get any credit because he left the company, and he was the guy who made Mickey Mouse, and was being purposely forgotten instead of accidentally forgotten — I guess that started everything. I don’t want to get into too much of a conspiracy theory, but Walt is able to make Disney what it is because he’s able to take credit for everything.

It’s interesting that in later years, Roy E. Disney, Walt’s nephew and Roy’s son, went out of his way to make sure Ub wasn’t forgotten.

He [Ub] wasn’t just a co-worker or a disposable employee. He was a huge part of the company. The company truly wouldn’t exist without all three of those guys.

Walt, Roy, and Ub came from Kansas City, as did Warner Bros. director Friz Freleng and music supervisor Car Stalling. Why do you think KC was such a hub for animation?

I think it was just a hub, period. It was the biggest city for 1,000 miles around. If you were going to drive somewhere, and you were in the central Midwest, you would drive to Kansas City more than Chicago, unless you happened to be in Wisconsin somewhere. It was a happening place.

In addition to the people who worked on Disney’s movies, Kansas City was also the home of the marketing guru that kept the company afloat even when the movies didn’t.

That kept them afloat for a long time, and it gave Walt his “money isn’t important” philosophy, and kept him able to fund more and more of his projects. 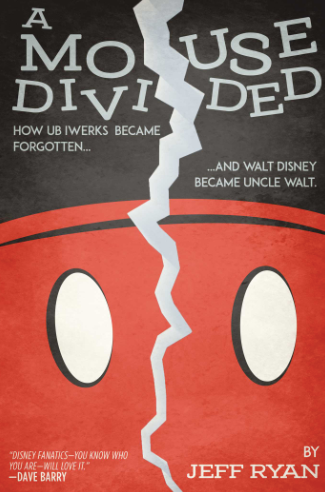 Walt’s different companies went bankrupt several times. It turned out that DIsney Brothers (with Roy) — that the fourth time was the charm for them.

Walt and the Hall family, later Hallmark, had a mutually beneficial relationship. Having Mickey helped Hallmark get ahead.

I’ve always wondered that, the two-part thing: One, would Hallmark still be around if they didn’t get Disney involved? And two, was it the Kansas City connection — that Walt had liked that they were from Kansas City when there were a couple of dozen other card companies, and he gave it to them because they were in KC like him?

Another Kansas Citian who contributed to Mickey’s creation was Carl Stalling, who ended up as the music director for Warner Bros. cartoons.

On paper, it made sense for Iwerks to leave Disney at the end of the 1920s because Disney was near bankruptcy again and Walt was an overbearing micromanager. But without Walt, Iwerks struggled.

He [Disney] was a micromanager and like a lot of micromanagers, he would pick and choose what he was micromanaging because you can’t micromanage everything.

Ub had his own studio, but it didn’t last.

I use the pictorial analogy of a car without a spark plug. He had all this drive and energy and could make these fantastic things, but he didn’t have a story to tell, and Walt did. Ub, by himself — it didn’t matter what he drew, but it was different every time. He didn’t have that narrative. Walt had that narrative. People still know what you’re talking about when you say a Disney story.

If I didn’t know the story that I know now, I would naturally be a little suspicious. I would think surely it was an exaggerated claim, but in this case Ub truly did invent Mickey Mouse. It is true to say that he is one of Mickey’s fathers, if not his primary father.

I’ve read one or two books that said everything bad about Walt. I didn’t want to do that, partly because they’ve already been written, and partly because I don’t believe that’s the case. I don’t think you could have Disney without Walt. Ub Iwerks was a genius, but so was Walt. Walt’s genius is in management and collaborating and getting people from all walks of life on the same team and the sort of leadership that’s normally in generals and captains of industry. His [Disney’s] industry was in making art.

Your book includes excerpts from an unpublished book by journalist Richard Hubler on Disney that included firsthand recollections from Iwerks. Ub’s granddaughter Leslie co-wrote a great book and directed a first-rate documentary on him, but yours has previously unseen info.

I was really floored when I found all that stuff and that it really exists. I knew there was an unpublished Disney book, but I didn’t know that they talked to Ub for it so much, and I got to know a little about Ub based on how he was talking about stuff. There’s a little bit of a distance that he held himself at from the reporter, which made sense. It was aligned with his character, he wasn’t a very boisterous character, especially looking back 40 years with all the emotions. He’s not going to want to bring that up on the record.

One thing that you can attribute to Walt and Ub’s Midwestern roots is that most of the humor in Steamboat Willie and Plane Crazy is barnyard-based.

They wanted the settings to be familiar. When I came to KC, I realized that if you drove 10 miles in any direction you got farmland. That’s the way cities used to be — a bundle of civilization all surrounded by farms.

I love how the early Mickey cartoons have content more suited to a Deadpool movie. You have a running count of all the things in his cartoons that would make parents blush.

I only did that for one of the cartoons [Gallopin’ Gaucho], but if you decided to take a drink each time Mickey does something inappropriate , I don’t know what your inebriation level would be. They needed to sand off his edges later on, especially when he started to do impressions of blacks and Jews. Walt truly did not know why [blacks and Jews were offended]. He thought it would be complimentary. It’s not complimentary when you make fun of another race. Ethnic humor was very different back then. People grew up watching vaudeville. Vaudeville had ethnic humor.

The book also includes cartoons that illustrate how Ub’s and Walt’s careers are going.

I love to talk about this because the art is by Roger Langridge. I read his stuff and loved it. The inking  really invokes halcyon 1936. I asked him to draw little cartoons, and I thought they would be two-character cartoons hitting each other with pies. I think those were my actual directions. I never thought he’d bring this heart and emotion and understanding.

Why does the book end after World War II?

That’s basically when Disney stopped making Mickey Mouse cartoons. They went from two a year to one every other year to one every five years. And that’s when Walt stopped using Ub’s style of animation. He remained on the shelf for the next 50 years.