Michael and Nancy Smith are still eating their way through Spain 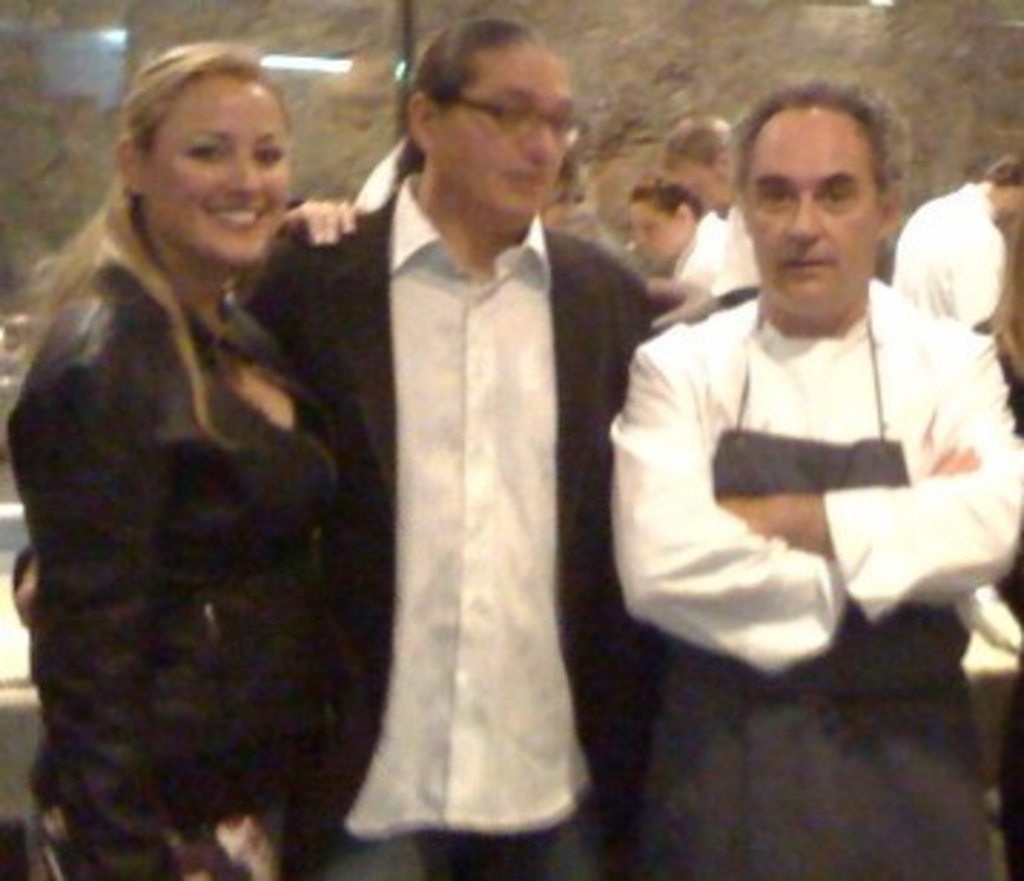 We’ve been stuck in Fat City lately (although we did venture out to Blue Springs last night), so we were delighted to hear from restaurateur Nancy Smith, who runs the Michael Smith and Extra Virgin restaurants with her husband, chef Michael Smith.

As we reported last week, the Smiths are traveling through Spain to officially kick off Michael Smith’s half-century on the planet. On Michael’s actual birthday, November 3, the Smiths dined at the celebrated restaurant El Bulli, visiting with that restaurant’s chef-owner Ferran Adria (see photo at right).

The Smiths have also dined at Arzak, Mugaritz and Extebarri.

“And we’re still going,” Nancy Smith wrote in an e-mail.