Members of the film community share their virtual cinema recs 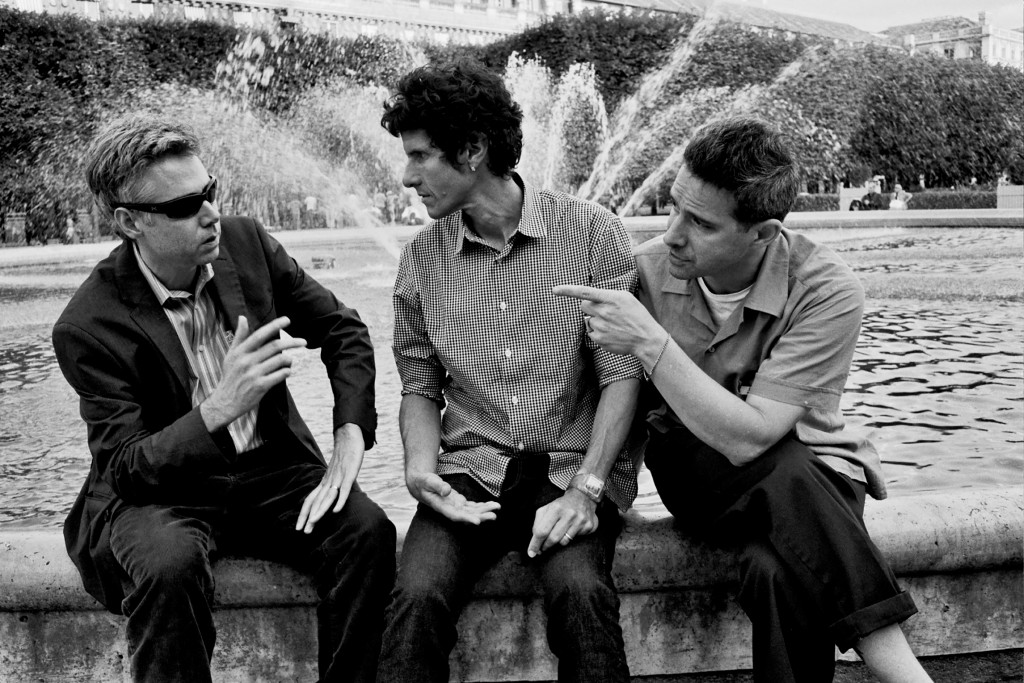 It’s no secret that the film community, particularly folks involved in independently owned theaters, festivals, and filmmaking, have had a rough go of it these last few months. Long-planned screenings have been postponed. Beloved movie houses have shut their doors and are finding new ways to keep up revenue so those doors can open back up. Studios holding off on releasing new films have exacerbated the situation, even as theater owners and programmers consider the process of opening back up.

If you want to support Kansas City’s film community, there are plenty of ways to do your part. Several theaters, including Screenland, Glenwood Arts, Liberty Hall, and Alamo Drafthouse, have virtual screening rooms, where viewers can pay to watch a first-run film, and their theater of choice gets a share of the profits. Screenland and Glenwood Arts are both running fundraising campaigns. KC underground cinema Stray Cat Film Center offers a monthly membership option, in addition to an ongoing Twitch stream featuring live watch movie nights.

We at The Pitch love watching movies. We also love our local film community. So, as Kansas Citians continue watching films from home while phasing back into public social interaction, we reached out to get recommendations from some of our favorite area film folks, as well as Pitch contributors. Whether you’re looking for ways to support local theaters, or just need something to stream tonight, we’re here for you.

Extra Ordinary managed a brief theatrical run before theaters closed, but this endearingly shaggy Irish horror-comedy still deserves all the attention it can get. It’s about a driving instructor, Rose (Maeve Higgins), who can speak with ghosts. Rose is hired by widower Martin (Barry Ward) to exorcise the spirit of his dead wife. Meanwhile, local rockstar Christian Winter (Will Forte), makes a demonic pact to revive his career, requiring a virgin sacrifice. Winter has his eye on using Martin’s daughter. If you’re a fan of UK cult comedy like Darkplace or Look Around You, this is the movie for you.

The Wachowski sisters’ space opera flopped upon release, and there are some out there who consider it a bad movie. These people are wrong. Jupiter Ascending is wildly inventive and sees the Wachowskis building a sci-fi universe all their own. Think The Matrix crossed with Cloud Atlas. Granted, not all of their ideas work, and the performances aren’t all on the same level (Eddie Redmayne is on another plane of existence). However, it’s still an engrossing story with memorable characters, and it looks gorgeous. Jupiter Ascending is pure escapism, and right now some of us need that.

One of the best choices I’ve made during isolation was stir-frying some noodles, grabbing a beer, and watching Jackie Chan’s Police Story. Hong Kong action movies are massively fun to watch, and Chan’s first two Police Story movies are classics of the genre, with stunts inspired by martial arts as much as Buster Keaton and Charlie Chaplin. Police Story 2 ups the ante significantly from the first entry (no mean feat), with even crazier stunts, a fabulous soundtrack, and an unforgettable explosive finale.

Isn’t it great when a documentary pisses you off? I don’t mean frustratingly bad, but incredibly effective at showcasing injustice. The Infiltrators is a hybrid documentary that will captivate, inspire, and get you ready to raise hell at a major problem in our country. Based on the true story of undocumented Dreamers getting themselves thrown into a for-profit detainment center on purpose, the film mixes narrative with interviews and videos, creating a unique film that invokes all of your emotions.

When the world is falling apart, sometimes the best thing to do is sit back, relax, and turn your brain off. There’s no better film to do this with than Jackass 3 (the best Jackass of them all). Don’t fret about things out of your control, just laugh at stupid people doing stupid things. If you want to get analytical, you can dissect the themes of aging masculinity from the MTV Generation, or you can just mindlessly giggle at Johnny Knoxville getting rammed by a buffalo.

Taste of Cherry is Abbas Kiarostami’s masterpiece. The film’s subject matter may seem bleak: A man drives around looking for someone who will bury him under a tree after he commits suicide. However, Taste of Cherry is a thoughtful celebration of life. With each passenger the driver picks up, a new life philosophy is explored, some being more relevant now than ever before. Taste of Cherry is the first Iranian film to win the Palme d’Or and has an ending unlike any other.

The King of Staten Island

I’m picking something I’m excited to see that comes out in June, even though it will likely not be on Screenland’s virtual screening room. The King of Staten Island was meant to play at SXSW, and is the latest film from director Judd Apatow (Knocked Up, The 40-Year-Old Virgin). It stars Pete Davidson, who also co-wrote the film, playing a fictional version of himself.

The Beastie Boys Story is a documentary directed by Spike Jonze chronicling the group’s story from their teenage punk years up to the death of MCA (Adam Yauch). It’s a larger-than-life story that plays like a greatest hits version of the *Beastie Boys Book*, one of my all-time favorite autobiographies. It’s light, fun, and might make you appreciate this band even if you’re not a fan. 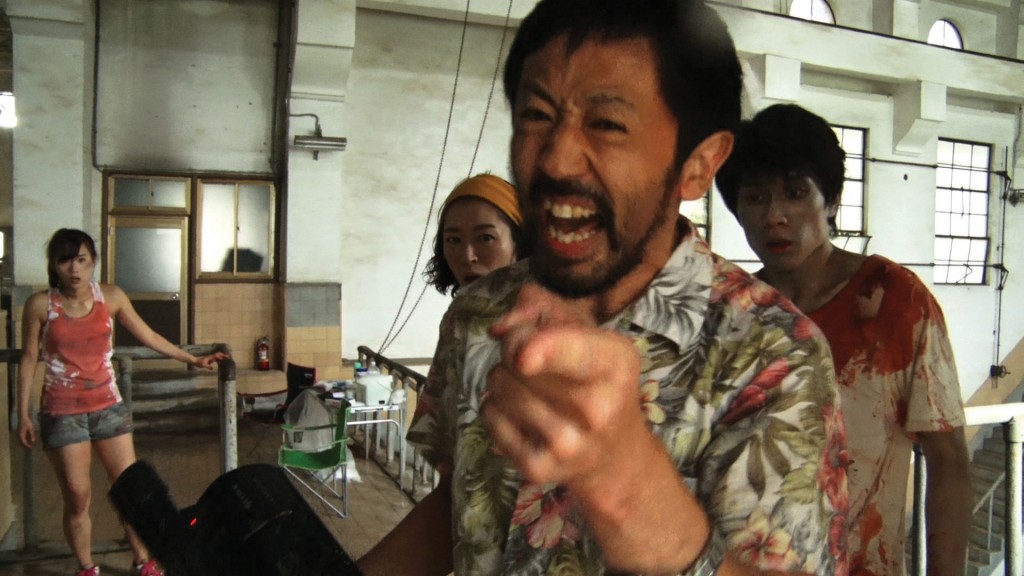 One Cut of the Dead

One Cut of the Dead

One of the most inspiring and purely joyful films I’ve seen in the last year is One Cut of the Dead, which played Panic Fest 2019 to huge success. The film works best when the audience knows nothing going into it. I promise you, it’s not scary. It must be seen to be believed.

From director Andrew Ahn, Driveways is an absolutely delightful little movie. Unfortunately, it hasn’t found much of an audience after its very successful festival run in 2019. The movie tells the story of a young boy named Cody as he travels with his mom to clean up the house left to them by his aunt, a reclusive hoarder. A stressful and painful trip soon turns into a heartwarming story as Cody develops a friendship with the elderly war veteran who lives next door. It’s predictable and a bit simple, but sometimes you need a movie that feels like a hug. Driveways scratches that itch.

If you’re anything like me, there are multiple times a week where the dread becomes overwhelming and you can’t bring yourself to focus on anything. In those moments, throw on The Core. I vaguely remembered this movie bombing when it came out, but when I watched it a few weeks ago, I discovered it’s a gigantic messy treat. Aaron Eckhart, Hilary Swank, and Stanley Tucci lead a team of scientists as they drill to the center of Earth to set off a series of nuclear bombs (it doesn’t make any more sense in context). At one point, THEY GET OUT OF THE SHIP IN THE MIDDLE OF THE EARTH’S MANTLE! The Core is absolutely a must-watch good-bad movie.

The world is finally realizing that Eliza Hittman is among the greatest contemporary American directors. Her newest film Never Rarely Sometimes Always (also available to stream) walked away with awards from both the Sundance and Berlin Film Festivals, but for me It Felt Like Love is still her best work. The story of a melancholic teen girl trying to understand love and sex, It Felt Like Love relies entirely on its main character to express the agonizing process of sexual awakening and exploration. This is an uncomfortable movie, but it’s so lovingly crafted and beautifully acted that you have no choice but to be completely enveloped in the sun-drenched world of South Brooklyn in summer.

Thirty-four-year-old Bridget (Kelly O’Sullivan, who also wrote the script) is struggling to find her purpose in life. The audience sees her take on a job as a nanny to six-year-old Frances (who is an absolute delight on screen) and detach herself from her feelings after having an abortion. You’ll see similarities to Frances Ha, Tully, and Obvious Child here. This film has so much heart and authenticity that made it a five-star watch for me.

Two friends (Ray Romano and Mark Duplass) journey together to buy life-ending drugs after one of them is diagnosed with terminal cancer. It’s a sad buddy movie. I’m a huge fan of Duplass, but Romano is the standout star and deserves so much more recognition for this role. You know this film will inevitably be a downer, so go ahead and have a good, cathartic cry with Paddleton.

Four words: Iranian. Vampire. Western. Horror. Are you sold yet? I should add that the vampire is a badass skateboarder who hunts and kills bad men. This black and white film written and directed by Ana Lily Amirpour is the gorgeous feminist vampire flick we all need in our lives right now. 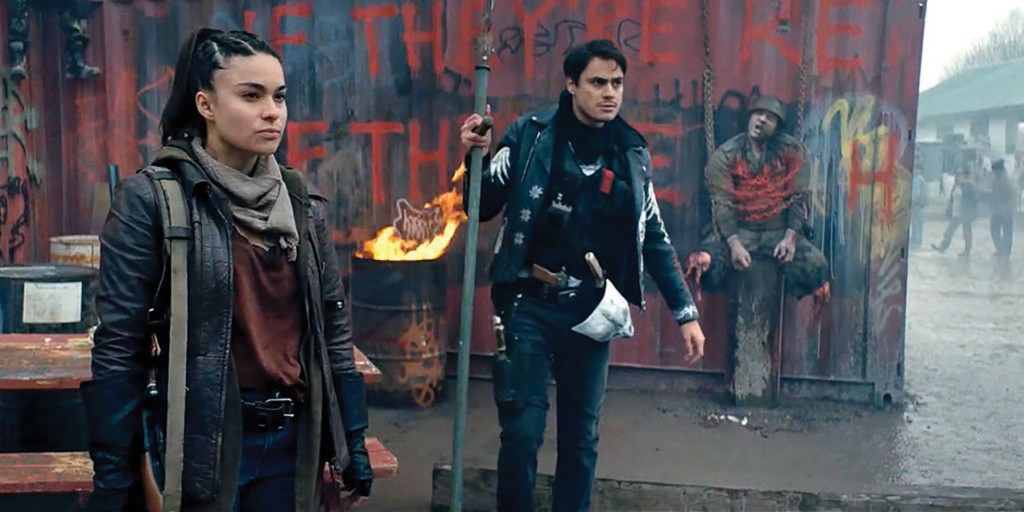 Each year, Panic Fest strikes the Screenland Theatres and brings me a wave of fantastic movies from across the world that strikes terror into my tiny little heart and makes me thankful to be alive. Last year, Starfish showed me what it would be like if Silent Hill and 13 Reasons Why had a baby. You should watch that one; it’s a delight. This year’s line-up was incredible, and you should get a pass to next January’s event as soon as possible. But the highlight for me was a film I’ve been waiting to see for nearly a year: Blood Quantum. It’s a zombie movie, made by an Indigenous director and featuring only Indigenous actors, revolving around a story that only an Indigenous storyteller would bring to the table. It begins as an early John Carpenter joint, and very quickly evolves into a bit of political horror on par with what we celebrate from Jordan Peele. Spoiler: white Americans find themselves on the other side of the immigration issues they’re accustomed to.