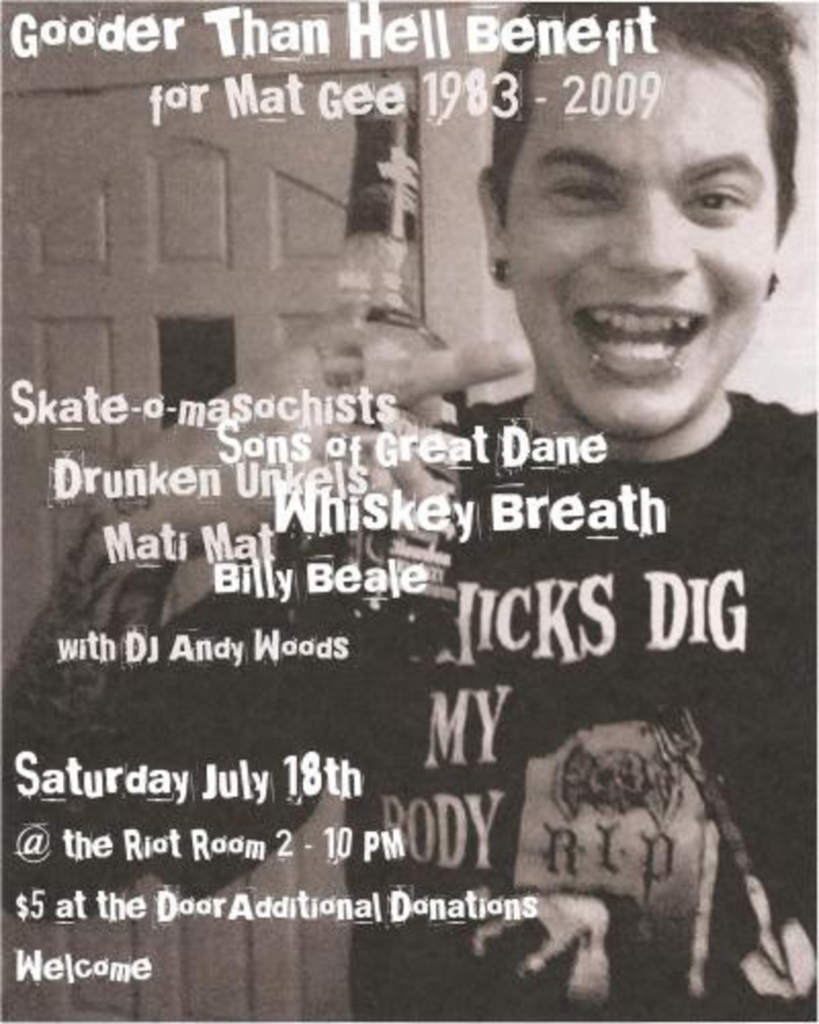 Matthew Gee died in a horrible accident when he fell off a balcony at a party on Main early Monday morning. According to an article that ran earlier this week in the Star.

“Gee and friends were at an apartment near 38th and Main streets. Three men and Gee went out onto the balcony about 4:35 a.m. The three men went back inside, leaving Gee alone.

Minutes later, the men no longer could see Gee on the balcony. They went outside, looked over the edge and saw Gee below on the sidewalk. “

A story from FOX 4 goes into further detail.

Most readers of Wayward Blog would know Gee as a cook at Grinder’s. They’re having a benefit for him at the Riot Room on Saturday, called the “Gooder than Hell Benefit” at 2 p.m., I assume to help pay funeral costs. The show. hosted by Rico, will feature music from Skate-O-Masochists, Sons Of Great Dane, Drunken Unkels, Whiskey Breath, Mati Mat, Billy Beale, and DJ Woodsy. It’s $5, with additional donations welcome.