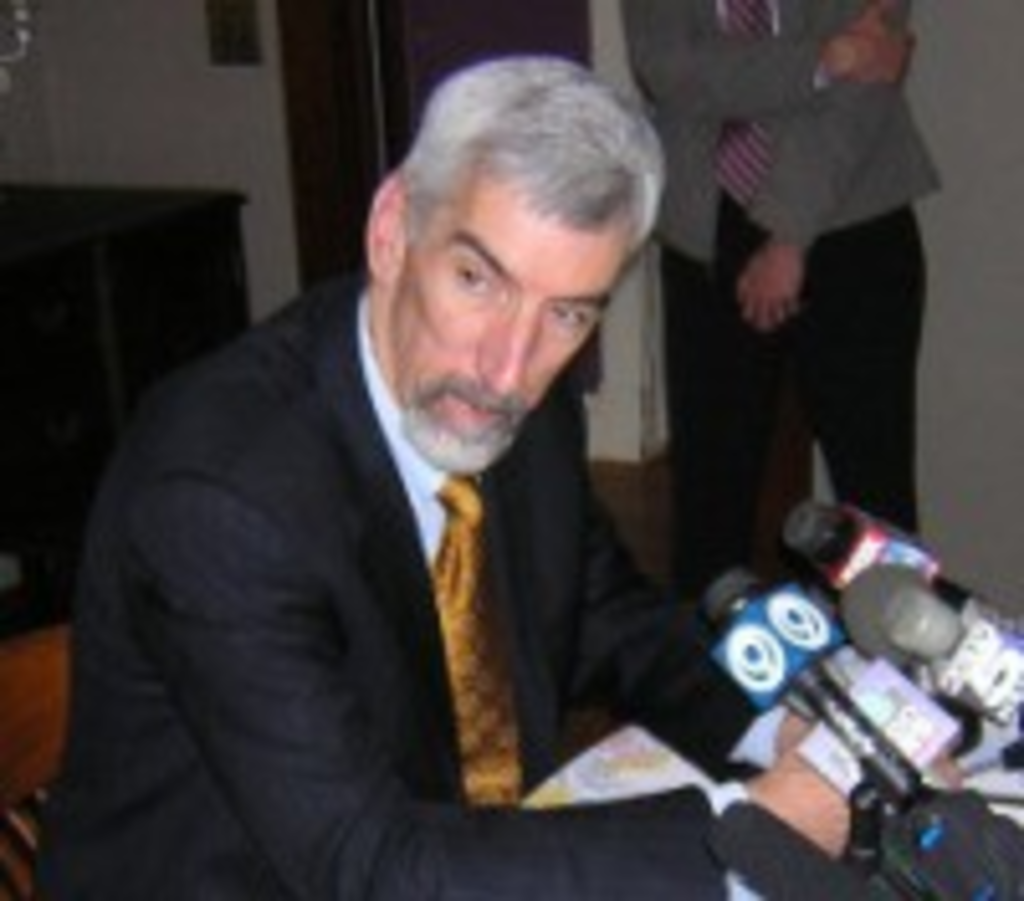 Voters on Tuesday handed Mayor Mark Funkhouser the beatdown that he deserved. Not unlike George W. Bush, Funkhouser confused conviction with leadership. He squandered his political capital on a nativist parks commissioner and the “right” to conduct his marriage in public, even if it made everyone else uncomfortable. His administration never really recovered from the mistakes of Year One.

Funk was wrong about Frances Semler, and he was wrong about Gloria Squitiro. But he wasn’t wrong about everything. Here are five things to like about the brief, often clumsy and usually interesting way he governed.

*He can speak extemporaneously. He’s not a graceful individual, but Funkhouser can at least think and talk on his feet. A surprising number of politicians can’t. I once watched Funkhouser and City Councilwoman Cathy Jolly trade turns at a lectern. Jolly worked from notes that seemed to script even her hand gestures. She made Funkhouser, who spoke like a normal human being, resemble Christopher Hitchens in his Johnnie Walker-swilling prime.

*He opposed the ludicrous convention hotel. Kansas City has spent millions of dollars on a stale convention district that hasn’t come close to producing an adequate return on investment. The solution? Make the biggest investment yet, in the form of a gargantuan subsidy for a 1,000-room hotel! Funk thinks it’s a stupid idea. And he’ll be vindicated when the red ink starts to pool in its vacant rooms.

*He rejected happy talk. Funkhouser promised that he was going to avoid the feel-good rhetoric that city leaders fall into when they’re out of ideas for trying to avoid controversy (Kansas City is on the move!). Promise fulfilled. Last spring, I watched Funkhouser speak at an event hosted by the Whole Person, a group that works to improve the lives of the disabled. The folks who attended the meeting described the challenges they face living and working in a city that has not made ADA compliance a priority. A typical politician would have cocked his head at a sympathetic angle, scribbled a few notes and then headed for cocktails with a group of developers. Funkhouser took the opportunity to describe the cold realities of urban politics, challenging the organization to fight for its share of scarce city resources. “It’s a battle,” he said. “You have to show up.” It wasn’t the nice thing to say. But it was probably the right thing to say. Oh, and the city is installing audible traffic signals.

*He ran Wayne Cauthen out of town. Funkhouser tried to get rid of Wayne Cauthen, the city manager who had been hired in 2003, during his first year in office. Cauthen, however, had convinced enough members of the City Council that he was indispensable. He wasn’t. Funkhouser finally rounded up the votes to oust Cauthen in late 2009, when Cauthen’s budget tricks and failed innovations (like the 311 call center) finally became too much to bear. Thrust onto the open market, Cauthen hasn’t found many bidders for his services. At last word, he was not exactly wowing city leaders in Savannah, Georgia (pop: 127,889), who need a new city manager.

*He tried to reform the city’s boards and commissions. Funkhouser did not appoint a series of cronies, layabouts and thieves to the boards and commissions that shape the city in important ways. His appointments to the Tax-Increment Financing Commission — which let developers run wild when Kay Barnes was mayor — were especially inspired. (Mary Lindsay was a critic of generous TIF subsidies before Funk named her to the commission.) He also resisted the empire-building efforts of Trey Runnion, the chairman of the Port Authority of Kansas City. (Runnion resigned amid a scandal involving the agency’s lawyer.)

Of course, the appointment process also revealed one of Funkhouser’s vulnerabilities: He was a man of few friends. A number of the individuals he named to boards ended up supporting other candidates in the mayoral race. The reasons were varied and complicated. But in the end, Mark Funkhouser was simply not able to project the “love me, fear me” vibe that separates the short-termers from politicians who get things named after them.