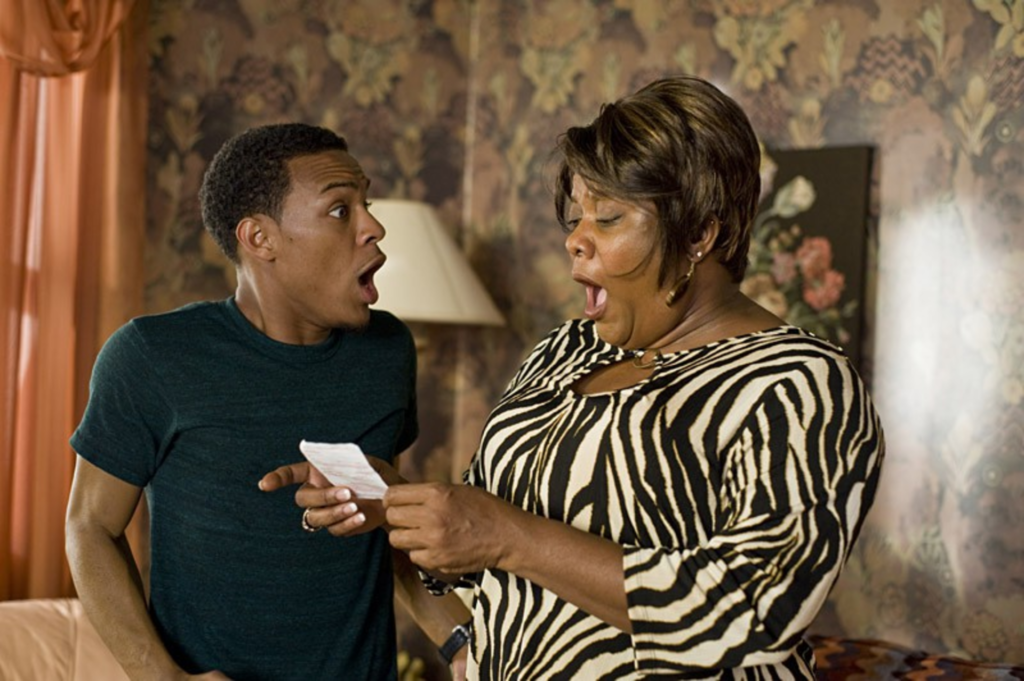 Midway through Lottery Ticket, the movie’s hero, Kevin Carson, goes on a spending spree. He’s the holder of a $370 million lottery ticket that he can’t cash in until after the July 4 holiday, so he accepts a $100,000 loan from a local gangster and proceeds to spend it all in one night. Because Kevin is played by the rapper Bow Wow, it’s tempting to view this section of the film as aspirational autobiography. This is basically how Bow Wow lives most of the time, right? The kids at my screening cheered wildly for every scene of Kevin’s cash frenzy. Credit Lottery Ticket for honesty, I guess, in never making an argument against being fabulously wealthy.

The theme of this formulaic but vibrant comedy could best be described as a paraphrase of Biggie’s well-worn credo: Mo’ money, mo’ problems — but mo’ money, yeah, definitely.

Lottery Ticket works best when using the housing project to orchestrate zany collisions of broad comic types, all played by familiar faces: the neighborhood gossip (Charlie Murphy), the hysterical granny (Loretta Devine), the avaricious preacher (Mike Epps). Ice Cube plays a retired boxer. Watching him putter around telling stories of bygone days is a sorry reminder of just how very long it’s been since Friday, the movie that perfected the template from which Lottery Ticket was drawn.