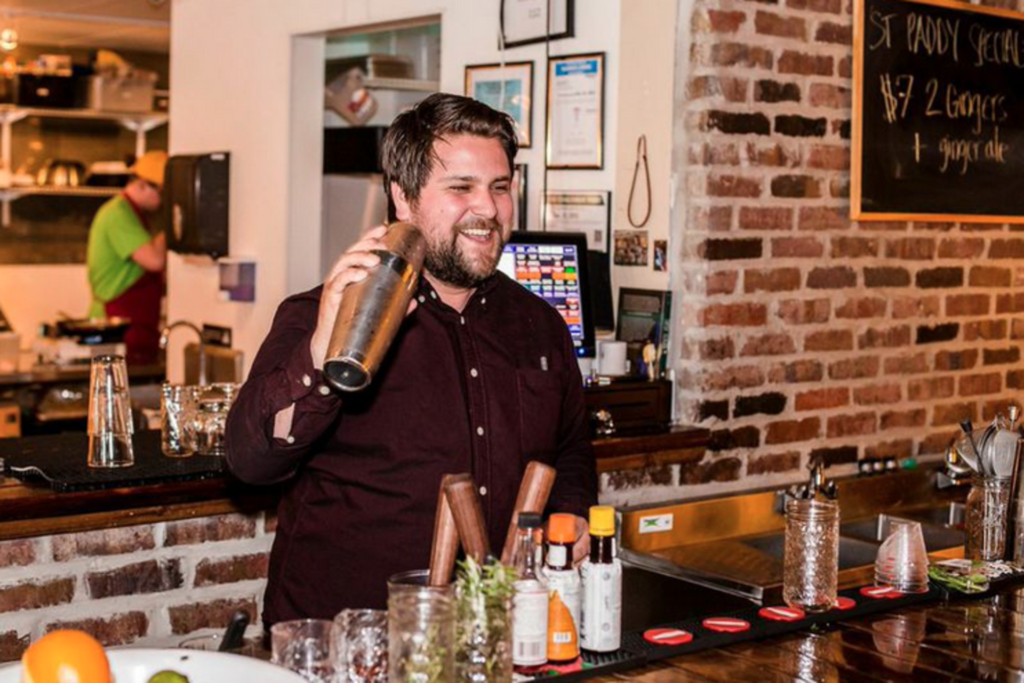 The thing about Erik Mariscal is that the dude seems totally normal. When you find him behind the bar at the Local Pig Westport, where he is bar manager, he’s usually smiling, pouring a beer, mixing a drink, carrying around supplies – he’s doing regular bartender things. Nothing is out of the ordinary.

But Mariscal, who comes from a cooking background, has a lot more in common with, say, a chef than his fellow barkeeps. Herbs and fresh ingredients play a much bigger role on Mariscal’s menu than you’re used to seeing elsewhere. The garden-fresh approach is inherent in Mariscal’s philosophy on drinks – he made that clear the last time we sat at his bar, back in January.

So I should have expected some kind of vegetable-focused cornucopia in a glass for Mariscal’s limited-edition Bacon & Bourbon cocktail. (He’ll be serving his creation up alongside five other local bartenders on Thursday, April 16.) I should have known better than to assume Mariscal wouldn’t bring in, like, a dozen different ingredients. I should have been prepared for the slime-green colored cucumber-fennel-whiskey creation Mariscal dreamed up.

“This is not your mom’s cucumber water,” Mariscal says, sliding the drink toward me with glee. (He would later take his title from that comment.) “Give it a spin.”

My first sip is herbs on herbs on whiskey. Mariscal has mixed together muddled tarragon, Wild Turkey Rye, housemade cucumber and fennel water, honey, lemon juice and Velvet Falernum – a sweet, almond-and-ginger-spiced syrup hailing from the Caribbean. All this is shaken and strained, then topped with sparkling water. I taste each element in waves, a surprising twist with each swallow.

“How did you come up with this?” I ask Mariscal.

“Well, clearly, it was walking through the Garden of Eden,” he says, laughing. “No, really, with this one I wanted to make it very spring, so I thought of the most refreshing ingredients I could think of, which were cucumber and fennel. I wanted to make a cocktail with both of them.” 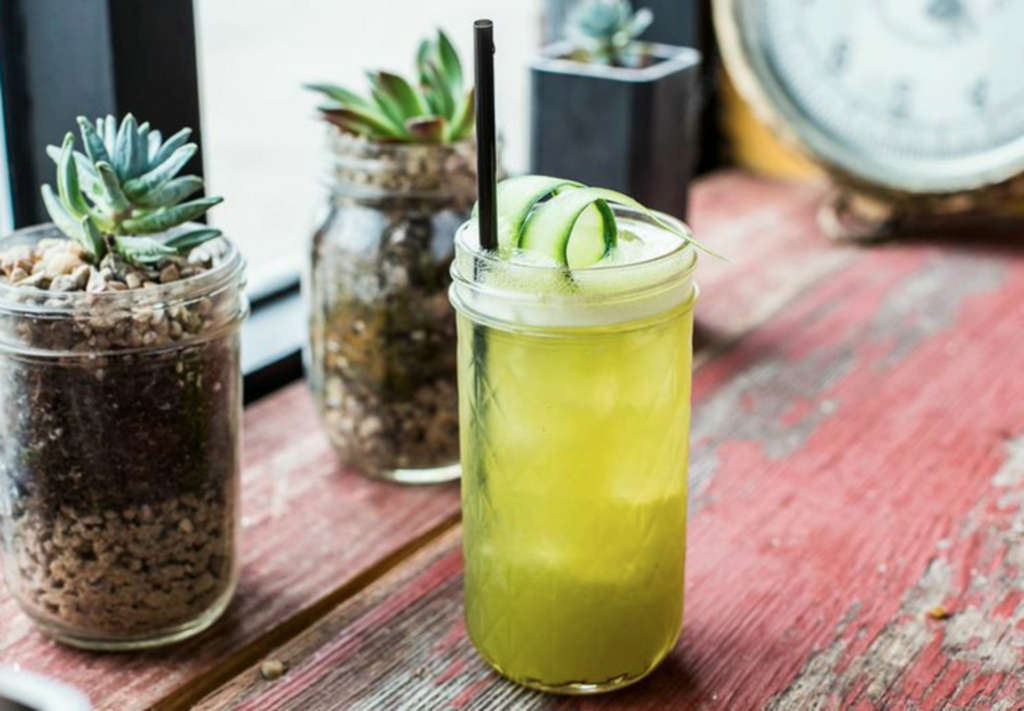 The final execution of the drink is quick and easy, but the recipe seems daunting. I wonder why Mariscal hasn’t simply made one cucumber-fennel water instead of two separate preparations.

“Oh, no,” he tells me. “I mean, first, you have to juice them [the cucumber and fennel] separately. But besides, I like to be able to balance each cocktail out specifically and use each ingredient as much or as little as I want.”

Far be it for me to mess with a working practice.

NOT YOUR MOM’S CUCUMBER WATER