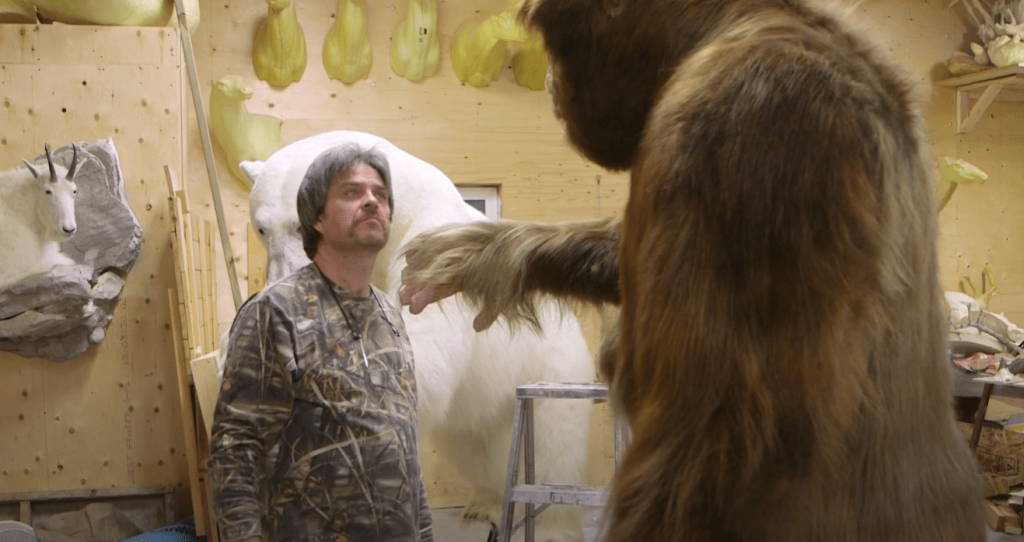 When it comes to the art of taxidermy, the creator’s goal is generally to make a preserved animal seem as lifelike as it was when it was really alive. But what do you do when the creature you’re mounting hasn’t been conclusively proven to exist? Kansas City filmmaker Dan Wayne explores that question in his new documentary, Big Fur, which documents World Champion Canadian taxidermist Ken Walker’s quest to build an eight-foot-tall Bigfoot replica named “Patty” from Styrofoam and animal skins.

“I’d been following some taxidermists with the idea of making a movie that’s character driven, and he was kind of at the top of the list,” says Wayne, who was working on his first documentary feature after years of collaboration with another local director, George Langworthy. “[Walker] told me that he was gonna make a Bigfoot, and that’s when I knew I had found a movie.”

Even more than it touches on the art form of taxidermy or unveils the mythology of Bigfoot, Big Fur serves as a delightfully quirky portrait of Walker himself—a fervent Bigfoot truther who delights in recreating extinct and endangered animal species and recounting his former days as a professional Roy Orbison impersonator.

As the documentary unfolds, the taxidermist’s dedication to finishing his cryptid becomes much more certain than the trajectory of his own life—which is turned upside down on screen when he begins a short-lived affair with his friend and former mentee, Amy Carter, and balances his talent with his ability to meet the monthly mortgage.

But even as Big Fur juggles these storylines, it all comes together thanks to its deadpan charm and inarguably one-of-a-kind protagonist. We spoke to Wayne about capturing Walker’s persona, what it’s like to own a Sasquatch in his living room, and more. 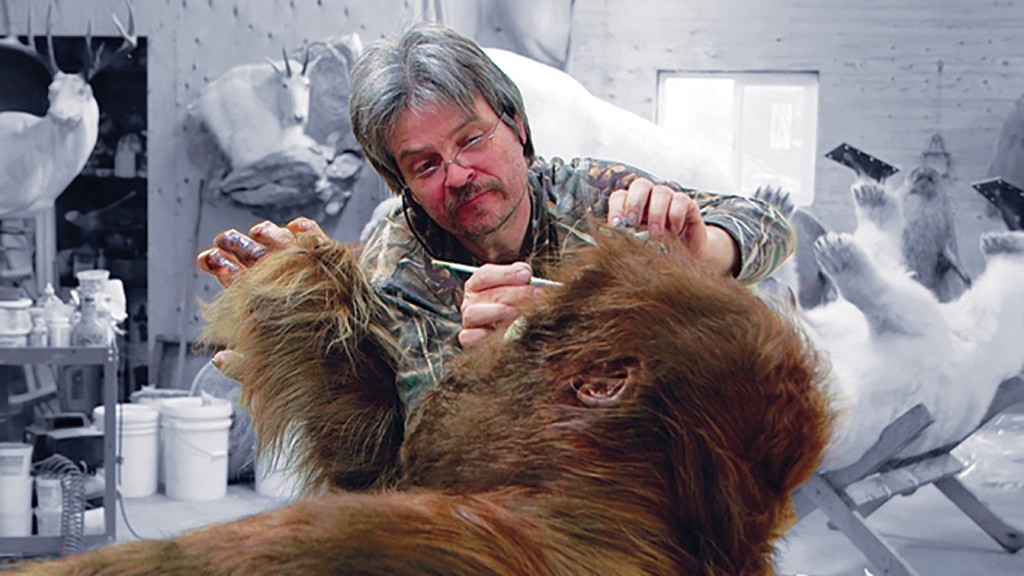 The Pitch: Big Fur focuses on both Ken’s approach to taxidermy as an art form, while also incorporating the folklore of Bigfoot’s supposed existence. How did you strike a balance between including both of those subjects?

Dan Wayne: Well, it was kind of tough. It helps that Ken is funny, and he doesn’t take himself too seriously, but I was always struggling to make sure that I wasn’t making fun of him. So that was kind of a fine line, editing-wise.

My initial goal was to make people appreciate taxidermy as a legitimate art form, and I think it’s successful in that way. Because I really started practicing [taxidermy] at about the same time that I started hanging out with him, I also learned a ton from him. He’s real happy with the film, which helps.

And there’s certainly Bigfoot movies, Bigfoot documentaries out there, and I didn’t have any interest in doing that. I’m not trying to make anyone believe in Bigfoot, but I would like them to kind of consider the importance of Bigfoot, and maybe why it plays this big role in popular culture, and maybe because of what it stands for.

The film also touches on how the mythology surrounding Bigfoot is tied to a larger mission of preserving the wilderness.

Making the film, I was always surprised to find out that one of [hardcore Bigfooters’] main objectives is to preserve Bigfoot’s habitat. And I thought that that is completely ridiculous, when you consider that Bigfoot, you know, shares that same habitat with all of these other animals that we know are in danger, you know? But to me, Bigfoot stands for wilderness, because it’s this animal that thrives—it can only thrive in the wild, and we are losing our wild spaces so quickly that we run the risk of losing even the concept of a Bigfoot. 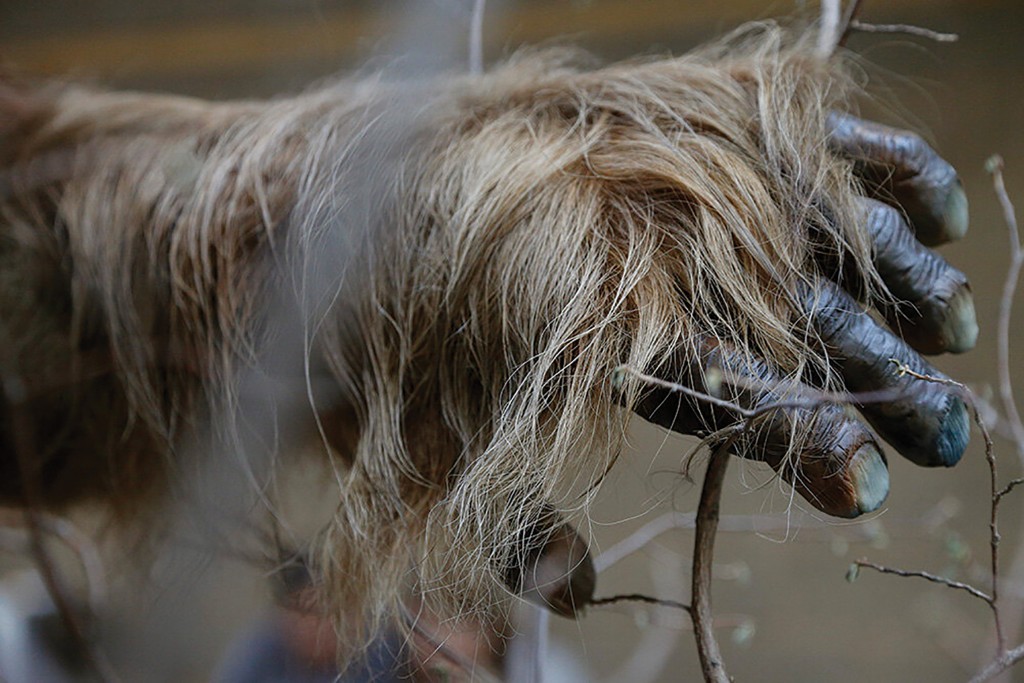 Did making this documentary change or challenge your own thoughts about Sasquatches and their existence?

I had never thought about Sasquatch twice before I met Ken. I mean, I can recognize it in the pop culture sense, but it was never a big deal for me. But being up in Canada and the Pacific Northwest, there’s some areas up there that are just real wild. It really isn’t that far-fetched that they think something that was intelligent could live up there and elude humans if they wanted to.

When I’m home, I don’t think so much about it. When I’m with Ken—almost every conversation with Ken ends up being about Bigfoot in some way. And he’s a pretty compelling character, and it’s hard to discount everything. 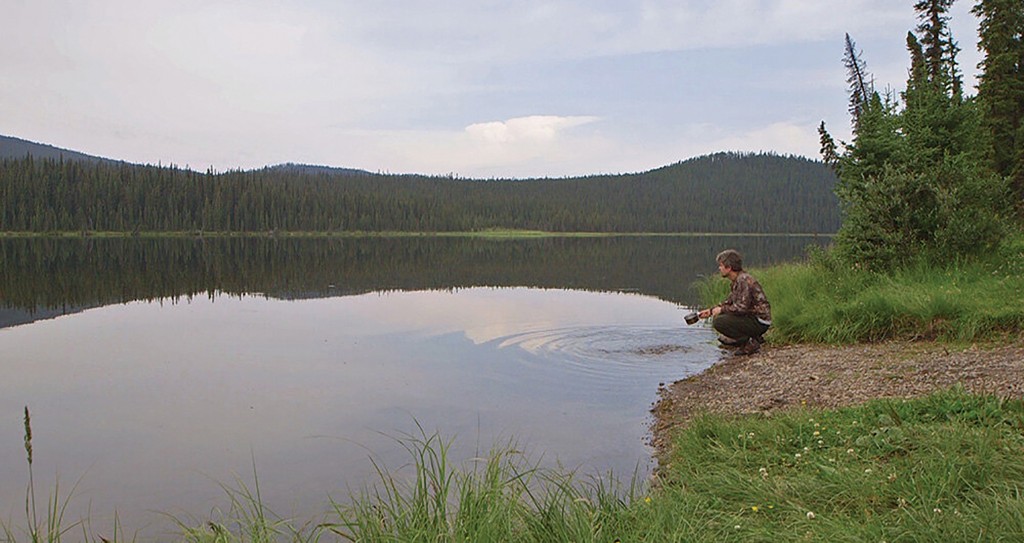 The documentary also takes time to explore the impact that Ken’s passion for taxidermy has on his personal life. How did you make the decision to include his relationship with Amy? What were those conversations with Ken like?

It came as a huge surprise to me when it happened, and it was very late in filming. And I believed they had a special relationship, but I had no idea that they had full-on fallen in love with each other while they were both still married. The three of us had the conversation about it, because ultimately, the movie is a biographical portrait of Ken Walker.

I tried to do a version of the film without that part in there, and it just—the end of it just didn’t seem to make sense, because they were always together in the frame, and just the way Ken’s life changed after that, I felt like I really had to include it. Then there were also rumors being spread in the taxidermy community that Ken had taken advantage of her, which was not the case. So part of the reason to include it was to kinda clear the air, and really let people know what really happened. 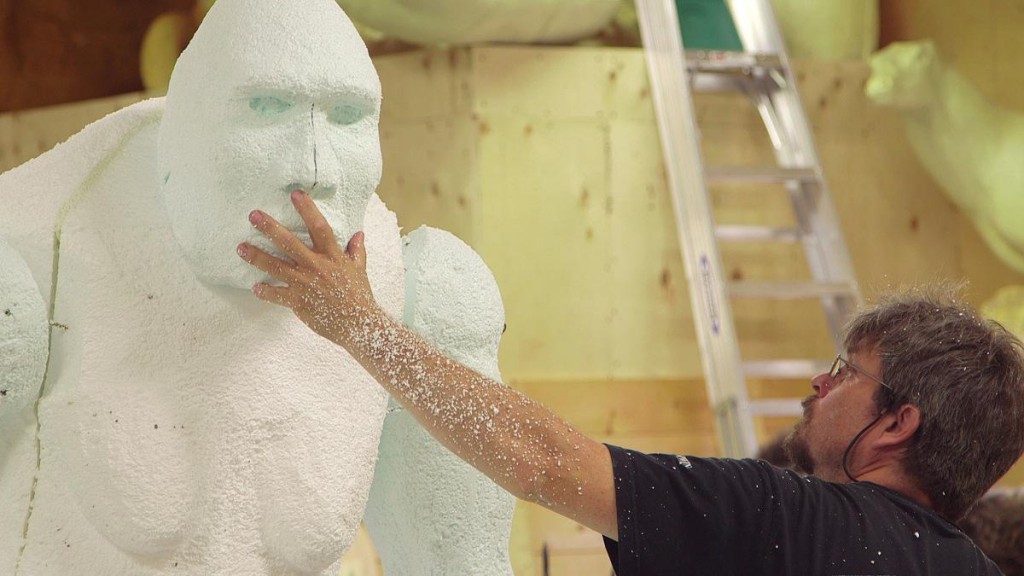 I know that Big Fur hit a number of festivals before COVID hit, like Slamdance and Big Sky, but what has remotely promoting and releasing a movie during the pandemic been like for you?

A real challenge, because every other filmmaker is in the same boat I’m in right now. So we’re all out there pounding the social pavement, trying to get people’s attention, and people’s attention span right now is really small. The thing about Big Fur that I had going in my favor was that I’ve got Patty. I’ve got the 8-foot-tall sasquatch here in my living room, and I have a van that’s covered in fur that is specifically designed to get people’s attention and to haul her around. Ken told me he’d do anything he could to help me promote the movie, so I asked if I could borrow Patty for a while, and take her to screenings, and he was fine with that. So he gave her to me. 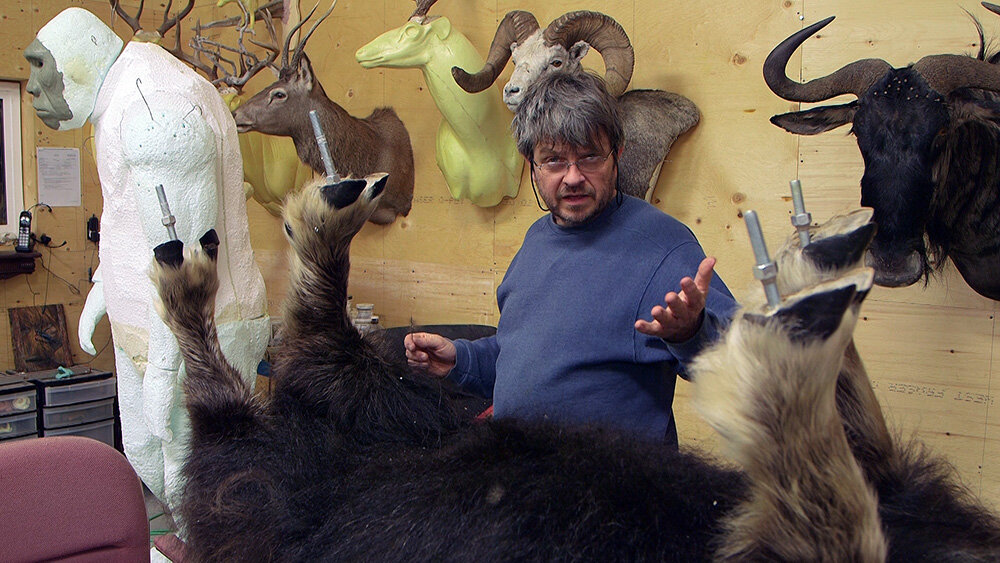 Are you planning on keeping her in the living room for the foreseeable future? What are you guys thinking about doing?

I don’t know. My girlfriend—I think she’d prefer to have a little extra space in here. [Laughs.] I would probably try to find at least a temporary home in a museum somewhere. There’s several Bigfoot museums around. She’ll probably find a home somewhere else, where more people can see her.