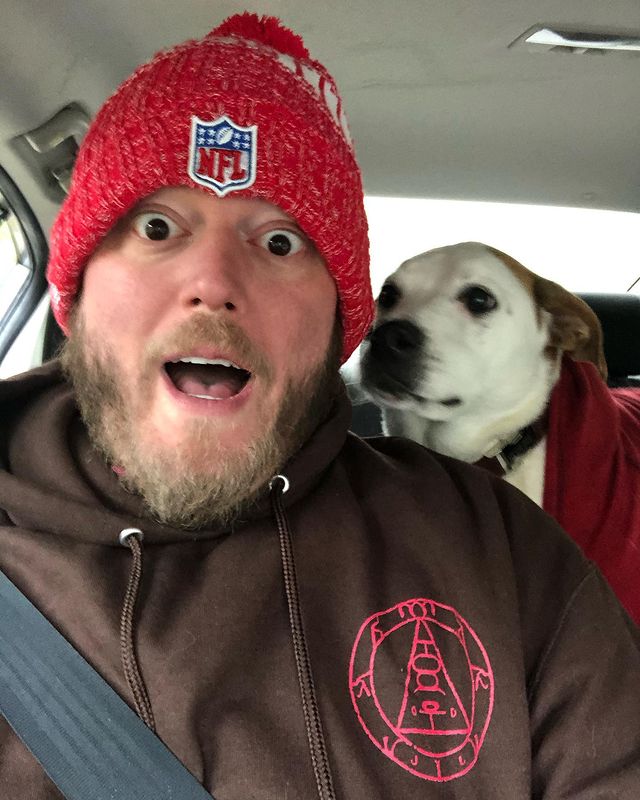 I am often surprised that Kansas City has made me host to an entire menagerie of pets. Certainly, my background did not prime me for it. My mother informed us from the start that we couldn’t have pets because she was allergic, and therefore we were allergic. [I have come to believe, after watching her cuddle with my sister’s large dogs for a decade, that these claims were perhaps overblown.] Every dog or cat I’d ever encountered leading up to adulthood was some foul creature who wanted to make sounds at me or bite me or both. I have not had the greatest of track records with animals, and once in a blue moon, I’ll worry that the old adage about them being able to sense evil somehow applied to me.

In Los Angeles, my (soon to be) wife adopted a cat the week before she met me. It was an abused kitty from the streets of Santa Monica, with a broken right front paw from where kids hit it with a rock. Vivian named the cat for her favorite movie. And that’s how “Dr. Kitty Kimble From The Fugitive” became the first of our family. [She was lonely when she adopted the cat, and had she met me a week later, I could have avoided years of having all my shirts destroyed by a creature of pure chaotic rage.]

Kimble made the trek to Kansas City when we moved. One pet seemed enough. Until disaster struck. A vet friend posted photos of two tiny cats, found abandoned to die in a dumpster, and rescued by a fellow vet. The brothers were clinging to each other for life, and even in rehabilitation would not let go of each other’s little paws. Within a day, we’d made plans to adopt them. That’s how Woodward and Bernstein, the progeny of two eccentric journalists, came to overhaul our lives.

Kimble was unamused. Kimble remains, staunchly, non-plussed by this decision.

Three cats in a household is a bit much. It is a constant reminder of a series of decisions that, while not regretted, are regretful. I would die for them, but I am also in danger of destroying them. Especially in the mornings, when they have decided my sleep is cutting into their presumed breakfast appointment. 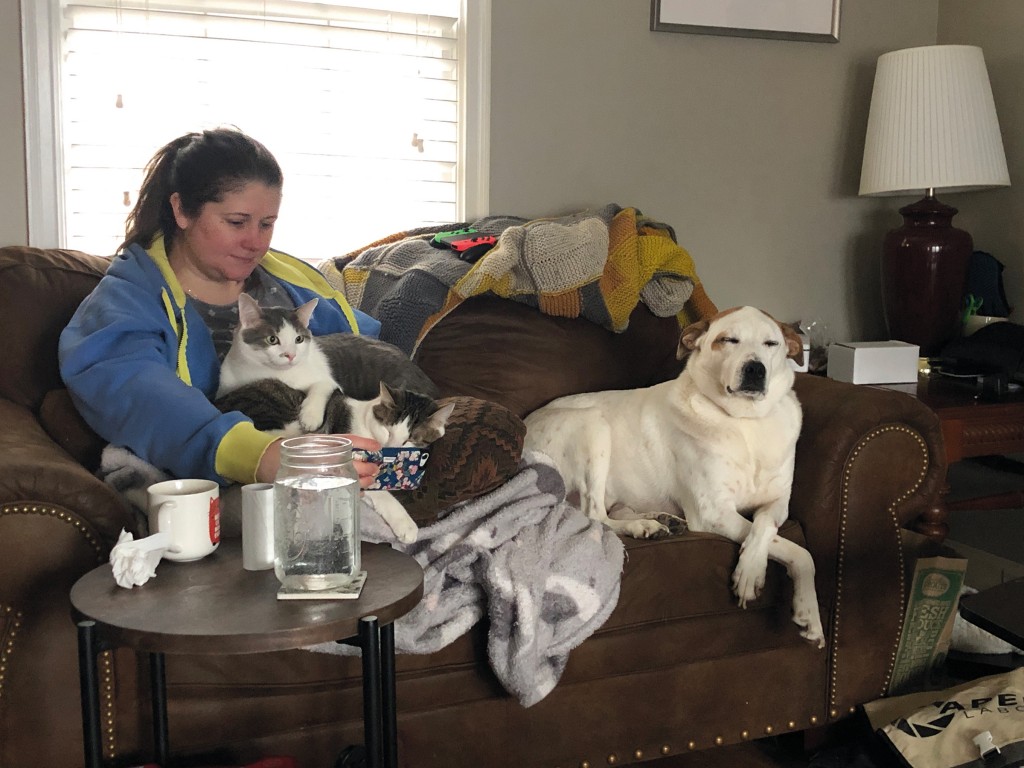 Last year, Vivian and I moved into a place with a backyard. She’d grown up with dogs and wanted a dog. I’d grown up terrified of dogs and thusly having no interest in a dog. But there was so much backyard to use, it only made sense that something should benefit from it.

Not liking dogs has often been perceived in society as a bit sociopathic. Who doesn’t like dogs? Well… Okay, so I never disliked dogs, per se. I simply had no interest in them existing in my vicinity. I do not like being yelled at, or bit, as I assume is the general preference of most people. I also watched as dogs seemed to destroy the mentality of friends—requiring work, financial and emotional commitments, and so forth that I felt diminished their quality of life. Why do you need to skip a vacation because the dog can’t come? Why are you spending thousands of dollars a year to keep an animal alive long past what appeared to be any reasonable quality of life? Why were you always in a position of having to discipline this animal, to prevent it from attacking strangers? In a very soulless, spreadsheet mentality manner, I simply did not get the concept of dogs.

But then. Pandemic. Backyard. Boredom. Depression. “Hey, should we adopt a dog?” Sure, why the fuck not?

We drove up the street to the first dog rescue we could find. And we asked to see one dog we’d found on a website. Vivian bent down and pet him. I was hesitant because petting dogs has never been my jam—obviously. Brock Wilbur was never the guy to walk up and try to scratch your pupper on the street. Brock of Old was fine without that. I did take a knee though, and I pet this new dude. A 60-pound cattle dog; all white with hints of yellow. The exact same coloring as our evil cat, Kimble. 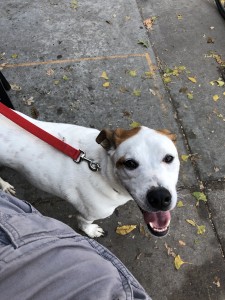 The dog seemed to like me. The rescue associate said, “He doesn’t like most male creatures. Not a big fan of men.” My wife and I looked at each other. “Good,” we replied. “No one in this house is a fan of men either.”

We took the dog for a walk around the block. He seemed nice. The next day we brought him home. We aren’t great at comparison shopping. Probably should have seen more than one dog, ever, before committing to hosting it for a lifetime.

We named him Captain Trips. It’s a reference to the virus in Stephen King’s *The Stand* that wipes out the planet. It seemed a pandemic dog should be named for a pandemic. [People find that bleak; we find that cute. Go name your own dog.] But also Captain Trips can barely walk without falling over his own feet, and he goes out of his way to trip us at every turn. It works on levels.

The dog absolutely hates me. Or. It’s less that he hates me, but rather he bonded with Viv in that first minute, and now if I even stand between the two of them in the kitchen, he loses his goddamned mind. This has made situations, like our bedroom arrangement, fraught with tension to say the least.

It’s been a few months. We are working on it. He has bonded with the rest of the menagerie and has quickly found an ally in Kimble—especially in the face of the unyielding goblin energy of the Journalism Brothers.

I love him so dearly. I cherish every small opportunity I get to scratch behind his ears. I feed him too much of my human foo because I am not above bribing something to love me. And one day, God-willing, he will understand that he can be man’s best friend. Or at least one man’s best friend.

That day is not today. But soon.