Letter From the Editor: Southland Tales is a trip in its own right 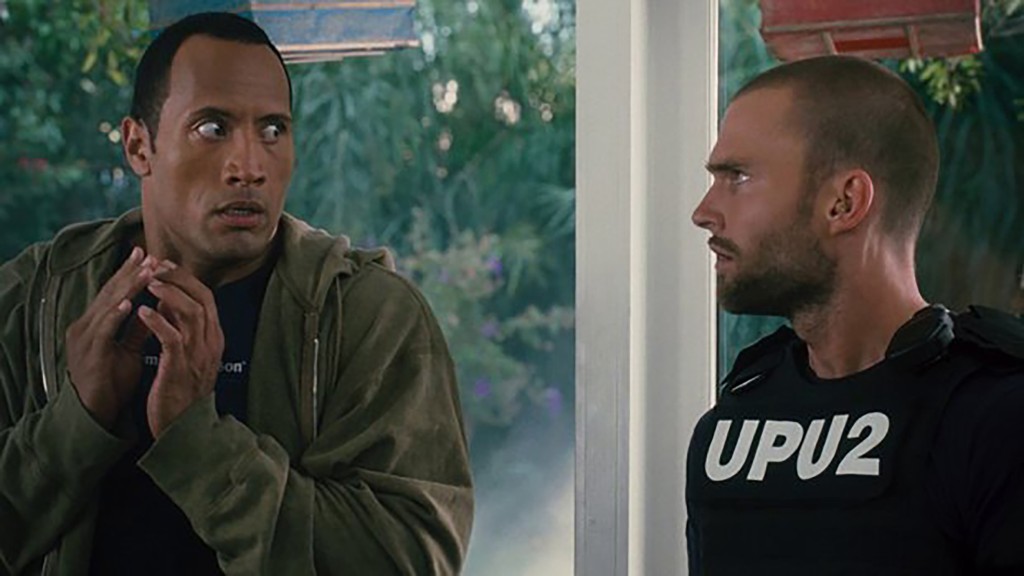 Welcome to The Pitch’s annual 4/20 issue, wherein we celebrate all things green, chill, and adjacent to green-chill.

The sticky-icky has never particularly agreed with my brain chemistry. Yes, the idea of feeling calm (for once) is the most terrifying thing in the world to me. Next to a bat that’s also a spider. No spider-bats, no matter what the comic book franchises tell you.

When I got to college, I was thrilled to have my then-girlfriend be the first person in the world to tell me to get high. We acquired the level of brownie-edible that a freshman should expect to acquire in Evanston, Illinois.

As per a 2003 college student, we sat down to watch the film Donnie Darko and experienced no effects from our edible, until suddenly we very, very much did, and didn’t speak for a month.

What I would like to offer up today is that, should you choose to get high for 4/20 (or at any other point) and seek a movie to blow your mind, you opt for Southland Tales.

When Donnie Darko became the cult film of a generation, no one was sure what the then just-graduated USC student Richard Kelly had done to make it work.

Rather than examine what an unlikely (accidental) miracle that low-budget movie was, this relative child was cut an exponentially larger check to make his follow-up while taking a step back and saying, “Whatever it was you did before…do it again. We clearly don’t understand, so just have at it.”

A 30 year-old filmmaker, unsure of what made his work land last time, handed a major motion picture budget…yields exactly what you would dream and/or imagine.

Southland Tales is a three-hour epic, cut down from an originally longer runtime that got booed on premiere at the Cannes Film Festival. It incorporates a plot so spiraling that it required a comic book prequel series, that was in no way released before the film.

It has become the stuff of Hollywood legend, where even attempts to describe it make you sound like a lunatic. Yet, it is perhaps my favorite film of all time. And certainly the one I advise you to watch if you’re looking to toke up around something new this April.

The premise of Southland Tales is, as vaguely as I can pose it, is as follows: A dirty bomb is detonated in Abilene, Texas around the time of 9/11. America’s war with the Middle East turns up to 11 while our war of self-policing at home reaches truly dystopian levels.

This is merely the backdrop to why Justin Timberlake now mans a sniper post off Hermosa Beach—looking for pedestrians acting weird to assassinate.

Their actions are perhaps backed by a left-wing extremist movement hoping to offset the next election with stolen thumbs, as an impossibly perfect George Bush stand-in (Holmes Osborne) leads a voter suppression effort that threatens to destroy the country.

Nora Dunn is there. Seann William Scott plays two different cops. Amy Poehler and the rest of early 2000s SNL are there—including Jon Lovitz as the bleached-blonde face of police oppression. Wallace Shawn plays an Elon Musk stand-in and has repeatedly confirmed to the press that he has no fucking clue what this film is about.

This is about a third of the cast that you’ll recognize in this sprawling epic for no one.

Timberlake does a Busby Berkeley musical dance number set to a song by The Killers while drenched in blood and Budweiser, surrounded by women in blonde wigs and nurse costumes. I don’t know what else you need for me to convince you to watch this. He’s got soul, but, I cannot stress this enough, he’s not a soldier.

What Southland Tales brings to the table is that it is the single most unhinged film I have ever seen. Three dozen celebs you know play against type, there’s a killer soundtrack, and if you tried to explain to anyone else why a man fires a rocket launcher from a flying ice-cream truck, you’d be institutionalized.

One of the funniest moments in the film features an ad for an SUV where it sexually penetrates a weaker car—an ad campaign that I’m seeing for an HBO show while writing this now.

It’s a bizarre satire about accidental prophecies that eventually became its own accidental prophecy, but you don’t need to appreciate it on that level to enjoy Zelda Rubinstein holding up a magic glowing box that plays Muse songs.