Letter from the Editor: Should Old Acquaintance Be Forgot? Duh. Obviously.

Exit Music (For A Year) 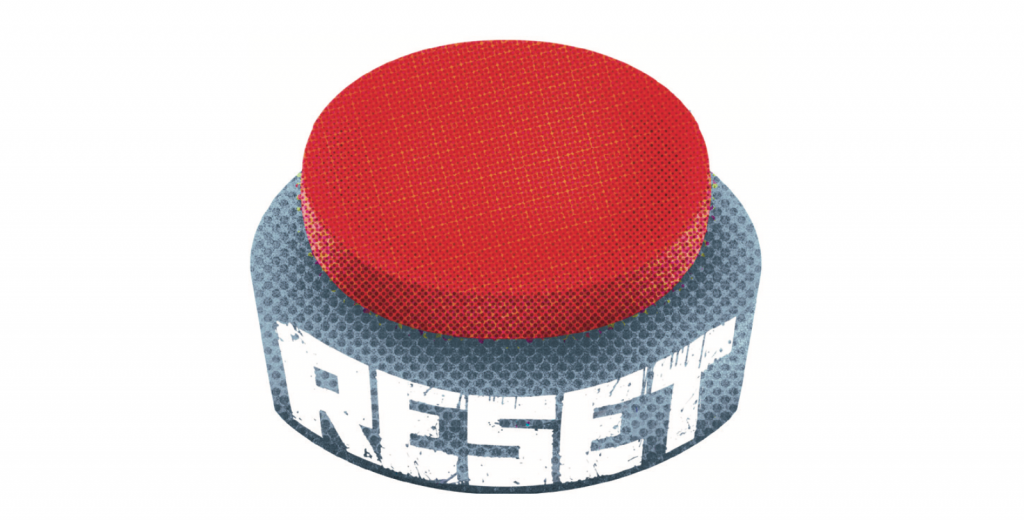 Here is Brock Wilbur’s Letter from the Editor at the start of our January issue of The Pitch. Happy New Year to all!

That’s the familiar refrain of tech support professionals and millennials with less-than-tech-savy parents across the globe. When the problem seems unsolvable by any other means, perhaps the simplest way through is just to pull the plug for a bit and try starting over. The troubleshooting solution seems an appropriate parallel to our current America.

“Fuck 2020” is a chant you’ve probably heard echoing from all corners of your social circle. Not just in December, but for most of this hell-year. And it isn’t a new chorus: it seems like the last four or five years have ended with comparable affirmations. After all, certainly the coming year will bring salvation, whereas the year that has just wrapped-up is assuredly the low point from whence nothing could possibly get worse. I tend to not participate in this question of “How could this possibly get worse?” because it feels like a line delivered by a character in a horror movie, just before everything gets unimaginably worse.

Moreso, the concept that, by some time or narrative magic, everything changes over on January 1st at 12:01 a.m. and we live in a better universe has never once come true. I didn’t believe that we could do worse than 2019, then on the third day of 2020 the United States performed a coordinated airstrike in Baghdad to assassinate an Iranian leader, which seems to be trying to instigate a war. That was day three. And even then I was naive enough to ask, “How could this possibly get worse?” Then Kobe Bryant died. And then I went to the hospital. And then I was trapped in my house for 11 months while 300,000 Americans died. See? Asking the question is like poking for a war with Iran, if Iran in this analogy was fate itself.

[Also of note, the Black Lives Matter protests were in full-swing this year. A terrible thing that we have to take to the streets for so many lives senselessly lost. A wonderful thing that so many good people stood united as one to demand America do better.]

We are now, in this moment, seeing a light at the end of the tunnel. Not a magical switch flipping in 2021, but a true sense of hope for a different future, thanks to an incredible triumph of science. The last vaccine that medicine churned out on a worldwide scale was for mumps. It took four years. Miraculously, we cracked (multiple) vaccines for coronavirus in 11 months. And the FDA was prepared to approve anything that had a 50 percent or higher success rate. We’re getting something with a 95 percent success rate. Not only that, it serves as the foundation by which we might be able to vaccinate up to 50 of the other most frightening diseases in the world. If you step back to take a look at it, this is truly a godsend. We lucked out so hard it is difficult to accept.

I’m writing this on the day that vaccines first arrived in Kansas City and our front-line hospital workers began to get the protection they require. The cure is here. There is a future that is no longer an endless series of pushing back our plans while hoping for a better tomorrow. That doesn’t mean that we’re safe. There are still months and months to come before everyone can get access to the drugs, and in that time our spiking numbers will continue to claim lives. This sucks. This is terrible. We cannot let our guard down. And yet. There is a tomorrow that you can see, and almost touch, where some kind of normalcy returns.

I bought tickets to a concert in Chicago in September. I haven’t seen live music in nearly a year and I’m going to go hard in the paint. That’s my best guess for when we’re okay again. And if we aren’t, sure, push it back a bit. Whatever keeps us alive. This is mostly to share that your local black-pilled statistics cynic, the last person that you would expect to hear it from, is fully on-board with believing that the end is in sight. We’re gonna be okay-ish.

And that is sort of the theme of this issue. As you can tell from the cover, I believe that we’re coming together to hit the gigantic “RESET” button. We’re about to turn it off and turn it back on again. We’re going to reclaim that year that we lost. And as such, this issue is mostly about hope, forward progress, what comes next, yada yada. It also reflects a celebration of some folks who did exceptional work during the shutdowns; in the hopes that this is some of the final COVID-19 specific coverage we have to write. [God, I cannot wait to stop typing that goddamned name. I will never drink a Corona ever again.]

But part of this reset includes the idea that we’re not even truly gonna be doing a “new” year. We’re going to be redoing a lot of the last one. For example, the Japan 2020 Olympics are happening in 2021. They’ll still be called the Japan 2020 Olympics. That’s just how this is going to go. We’re going to be doing all of 2020… on top of 2021. We’re going to be doing two years at the same time. It feels fair after being cooped up for all of 2020. But I’m not sure we’re prepared for how exhausting it is going to be to burst outta the gate and tackle double the amount of stuff. It’ll be a densely packed time. Reboot me, fatalism daddy.

As New Year’s Eve approaches, I’m stuck on a yearly wormhole question: What is Auld Lang Syne about? What does any of that even mean? Well, I’m not alone in that, because historians have often been equally stumped by it. The song’s earliest traceable version extends to 1711 in Scotland, but even that seems apocrypha. And tracing it from there has been equally a fool’s errand.

“Should old acquaintance be forgot and never brought to mind” seems to suggest that we forget our friends? But if you look up the word “acquaintance,” you will see two standard meanings:

2. “A person’s knowledge or experience of something.”

So perhaps it’s a refrain asking for us to put the past behind us on every level. Grudges, fears, anger; burn all of your troubles in this airing of grievances. Perhaps this is why the song has not traditionally just belonged to New Years celebrations, but also to funerals, birthdays, weddings, and so on.

As any Irish-based song must include, by law, there is indeed the “take a cup of kindness” line, that suggests perhaps we drink our troubles away. Sure. Find your own variation on drinking troubles away.

There has been so much shit this year, that I have long been concerned that we will never recover. Not from the disease itself, but from the chips on our shoulders from what we’ve encountered. From what we’ve seen around us. From the politicization of every choice made, down to the memory of seeing your neighbor who didn’t want to care about anyone else, and hoarded all of the toilet paper in the story back in March. The idea that we’d come out of this with so much anger directed at our friends and neighbors that a new kind of disease would linger for decades, in the form of resentment.

I carried this disease too, for so long. But your neighbors and friends did not let you down. Our government should have, and could have, done so much better for us all. The rest of the world has shown how easily this could have been handled. We should have never had to face a choice between keeping businesses open versus dying to provide for our families. Even those whose behavior I do not understand, I have come to agree that we were all failed by the same people, and in that way I struggle to blame them. For this, and so many other reasons, I’m ready to put the entirety of 2020 into a little emotional box in my heart, let it shake like the puzzlebox from Hellraiser, and burn it in a fire at the end of our tunnel.

We are being offered a mulligan for a year that was stripped from our fingers and our souls. To return after the reset into a world where we carry these weights with us is to deprive even ourselves of a chance at a better future. The “Old Acquaintance” that need be forgot is the memory of the anger you carried. Of the wrongs you perceived. And eventually, yes, of our constant acquaintance—an invisible assassin that haunted our every moment.

Let’s hit the reset. Let’s turn it off and turn it back on again. Let’s walk into that sunshine when we can and double down on the most incredible year imaginable.