Letter from the Editor: Here’s Your Future 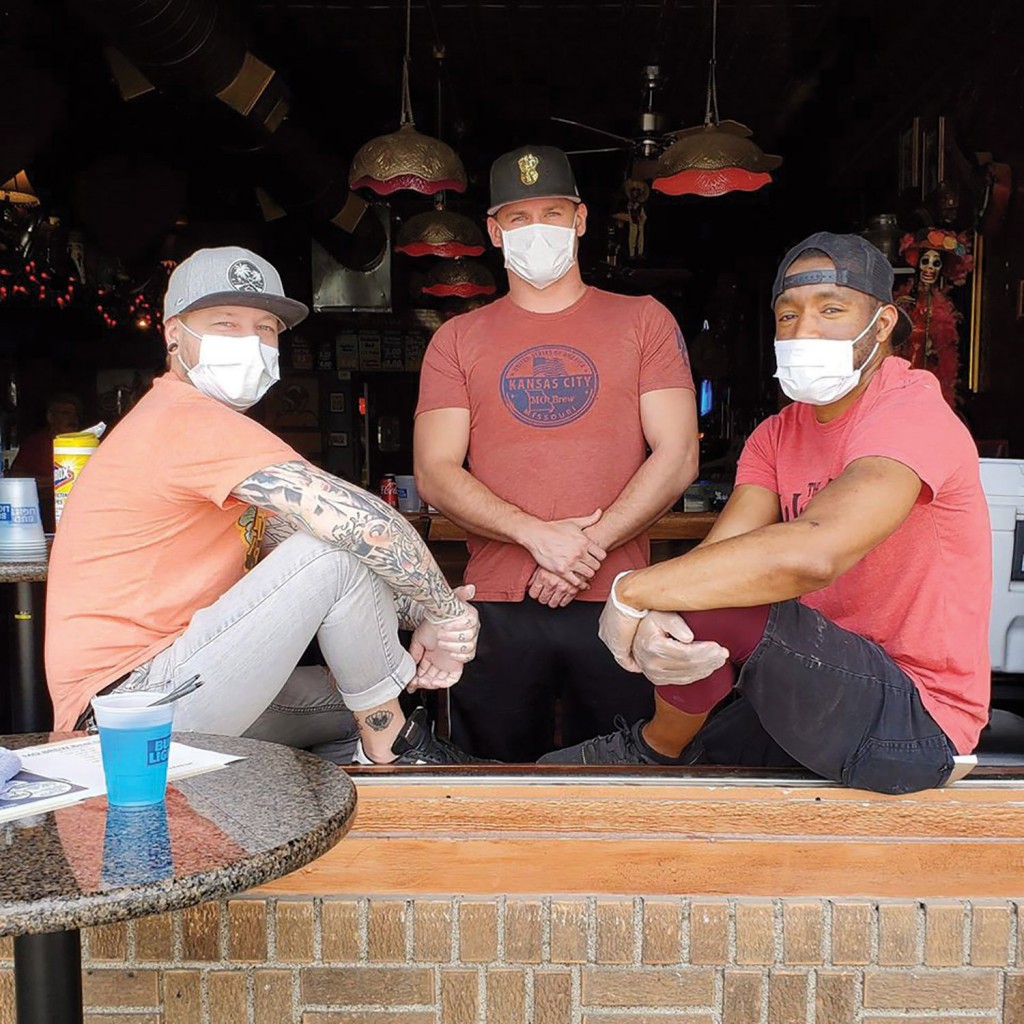 Christopher Washington (left) with the rest of the team, reopening The Drunken Worm on 39th Street. // Photo by Krown Concepts

The Portland indie-punk trio The Thermals has an album called The Body, The Blood, The Machine which is a concept album about Christianity. While containing plenty of tracks that seem to spit in the eye of God, or at the very least at religious institutions that many of us were raised within and those assorted disconnects, there is an overwhelming sincerity to the songs—and their reframing of Biblical stories as first person, emotionally manipulative events. It’s an album of break-up songs if your shitty ex-boyfriend was the dude who created the universe. He made a lot of big promises but mostly negged you and turned you and your friends against each other. A real jerk with a sociopathic ego problem and magic powers.

The opening track “Here’s Your Future,” is about various people throughout the Bible and how they reach out to God with requests—receiving responses of how they’re going to be punished for their dedication to His cause. Their punishment for loving Him is to hear how badly their life will end for doing so. Before they do so. Just to rub salt in the wound. (Unless, for example, you’re going to be turned into a pillar of salt. Then there’s no wound. Just the salt.)

It sounds like some real high-and-mighty bullshit (literally), but as a blistering 2:30 long rock song, I have never been able to listen to it without crying. It carries a dismantling tone that you’d probably associate with the smallest Beatles song, while also being pissed-off as hell.

I am writing about it now, without listening to it, and I am crying to the thought of it. Yes, I HAVE A LOT OF FEELINGS; BACK OFF DAD.

The final verse of the song mixes a thrashing wall of guitar feedback with the singer’s voice breaking to pieces over the crushing plea of these lyrics.

I promise you won’t have to die all alone

I need you to pay for the sins I create”

And then the song just cranks everything to 11 and blows out your headphones. It is the most fun/least fun moment in all of rock music to me. I don’t know why it gets me like it does.

Or, until recently, I didn’t.

There is a Biblical quality to the current moment; perhaps bleakly because it does feel like we are living in some form of the End Times. We are in a moment where if you were to ask “Hey, what does my future look like?” there is a better than decent chance God would have some real bummer-ass news for you. Such is the case of most stories in the Good Book, and certainly is the tale of fragile humanity as a whole.

At the start of the month I lost my friend Chris Washington. He was one of the head bartenders at The Drunken Worm on 39th Street and one of my best friends in the world. An incredibly smart, empathetic, and wildly athletic dude. This whole thing got him out of nowhere. For days on end, it felt like this was just some odd joke that he’d played without realizing that it was not gonna go over well. Like he was gonna jump out from behind a curtain and say, “Oops, I really misjudged that joke, but I’m totally still here!” Of course that flawed punchline never came. I’ll never see him again in any way.

He just ceases to be, and that should be against the rules. There is no good world where Chris can just be taken away from us on a whim. Nothing in 2020 is fair, but it is worth noting for the record: This isn’t fair.

We met with his family when they came to town to make final arrangements. I’m not sure they understood why it was that my wife and I spoke as if we were his best friends, but the truth is that C-Wash was best friends with everyone who knew him. Losing him was a painful reminder that this is all still so awful, that our future is still very dark, and that we could lose anyone/anything at any time.

None of us can have a foundation in 2020. It’s all sand moving under our feet. Where is Chris’s future? Why is he no longer in mine? Who knows what next week will look like, especially right now? Who writes your story? What if we could avoid the inevitable? What if this could turn the corner and flatten destiny’s curve? What if this could be better?

This spawned the current issue of the magazine that you’re reading. We asked some of our favorite writers to explore what they think the future of Kansas City looks like. What are the best possible versions of what we could be in the next five to ten years? What are the practical steps it would require to get there? What takes KC from being simply the 38th most populated city in the country to being one of the top ten places to live in the United States?

As someone who moved here after a decade in Los Angeles because I saw KC as a rising star, I see that evolution written in this city’s blood. Are we “The Next Austin,” like so many like to say? Probably. Let’s hope that we stay atop our infrastructure needs better than them. Are we the only place where I could have met someone as wonderful and pure as Christopher Washington? Clearly. Are we ready to tackle our issues head on; those items speed-bumping our progress towards being a destination city? Most assuredly.

Here’s our look at how things could get better. Here’s how we could share a higher, brighter path forward. Here’s your future.

Pitch in and we’ll get through,

Tags: Letter from the editor, Streetwise