Letter from the Editor: Going through it, and into a New Year 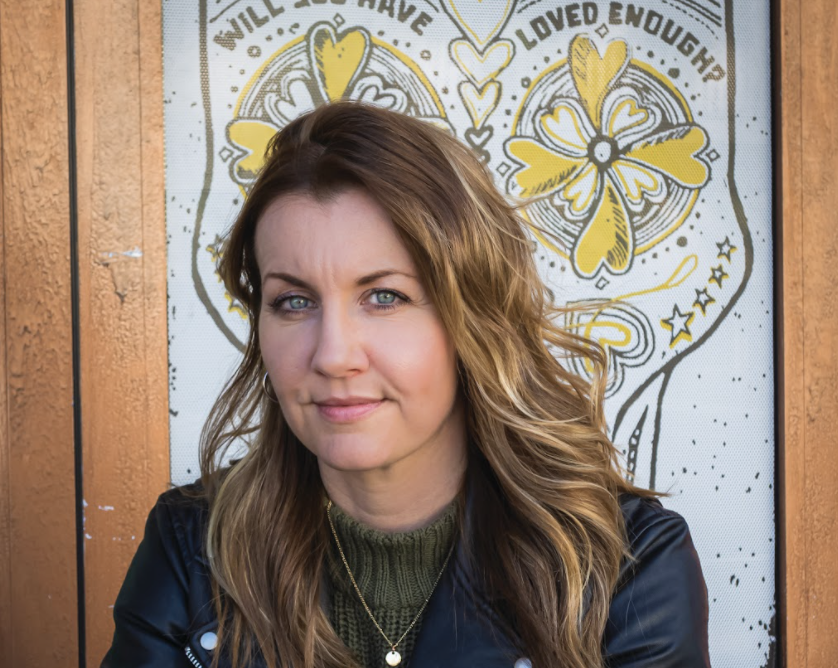 Rukes outside The Drunken Worm on 39th. // Photo by Jim Nimmo

Our January issue is traditionally about change, regrowth, and re-evaluation. You’ll find a lot of articles looking into the future in these pages, from Barb Shelly’s piece on the political pitfalls Missouri and Kansas could fall into to Liz Cook’s adventure into the boutique world of IV cocktail rehabilitation.

You can read the whole thing right here:

We, as a publication, are also looking forward to the adventure that awaits us in ‘22. Part of that journey begins with—in case you hadn’t heard yet—new ownership. My wife, Vivian, and I joined with a group of local and regional business people to buy The Pitch. Wild, right? I don’t know how it happened either. What I do know is that we look forward to plowing ahead into a new era.

The pressure of navigating this purchase while running a publication turned the last chunk of 2021 into the most complicated, poorly controlled period of my adult life. My go-to power move as a solution in this situation has traditionally been a one-two punch of overworking and self-sabotage. Pedal to the metal and acknowledge nothing. Self-care is not my strong suit.

Amid all this chaos, I stumbled into a chance meeting with Candice Rukes.

Rukes is a local, or at least was one in some previous life. She’s spent her career as a touring production coordinator. Anytime a musician/performer heads out on tour, someone needs to run the small army of roadies—sound engineers, caterers, bus drivers, security guards, and so on. She’s had multi-year runs with John Legend, the Jonas Brothers, Justin Timberlake, The Killers, and Will Smith and his entire extended performing family.

She’s managed Super Bowl halftime shows. She spends most days of her life starting a stadium extravaganza from square one, and seeing it through to completion by the time the clock strikes midnight. Rinse and repeat the next day, in a new town.

Rukes, with some industry friends, long recognized that the folks in their world are suffering from their own specific epidemic.

“You don’t talk about your problems on a tour. At all,” Rukes tells me. “Because you’re replaceable. Production wants you to get your shit together or not show up. No one is letting you have some time off when you get a Bipolar II diagnosis. Dealing with huge artists—and often backing bands of as many as 20 musicians—means that there’s no one willing to help. Even if they wanted to, they don’t have the time.”

Rukes walked me through her history on the road, peppered with a few sordid bits of gossip.

“A touring production is basically a military maneuver,” she says. “Don’t ask, don’t tell. No resources are going to be allotted to help you out. You’ve got 120 people that go city to city each day, none of whom are getting to see their families. This frat culture of hazing and abuse fills the void.”

That frustration is what lead Rukes and a small group of other touring professionals to start The Roadie Clinic. Currently housed out of a facility in Niles, Michigan, The Roadie Clinic provides resources for those from the touring world that need services they otherwise cannot access.

Touring employees often lack a permanent address. This leads to issues like the inability to work with banks (and the idea of applying for a mortgage is a pipe-dream). With a lack of advocacy groups or unions in the field, most roadies have no health insurance. Safe housing and qualified professional care are not accessible to this entire employment field.

Or it wasn’t until now. The Clinic provides access to mental health advisors online, in-person rehab services, and even accountants to help battle the day-to-day hurdles of the roadwarriors’ financial battles. It’s a top-to-bottom system for restabilizing the lives of industry professionals who—like a shark—will die if they stop moving.

Rukes wants to see The Roadie Clinic expand to a KC location sooner rather than later. This city is a central hub for touring productions, and its location would make it a perfect destination for those seeking its support from across the Midwest.

“That building in KC can be a lighthouse beacon,” Rukes says, “letting the rest of the country know that, on so many levels, KC gives a shit about advocacy.”

My conversation with Rukes left me inspired and reinvigorated on many levels after feeling like I just kept hitting the same walls, over and over again. It’s one thing to hear this advice from a therapist, it is another to hear it from someone who travels in your same patterns—putting a head down and trying to power through rather than ever taking a moment to breathe. I could trust her—she was like me.

As much as I cannot wait to spend my year pushing community leaders to help us establish a branch of The Roadie Clinic, I personally have no one to thank more for helping me turn my year around Rukes—and that fellow traveler encouraging me to turn against all of my normal inclinations. Just stopping to take in life and care about myself was a radical transformation.

When you’re going through it, sometimes the fastest way out is to stand completely still.