Letter from the Editor: Escort service 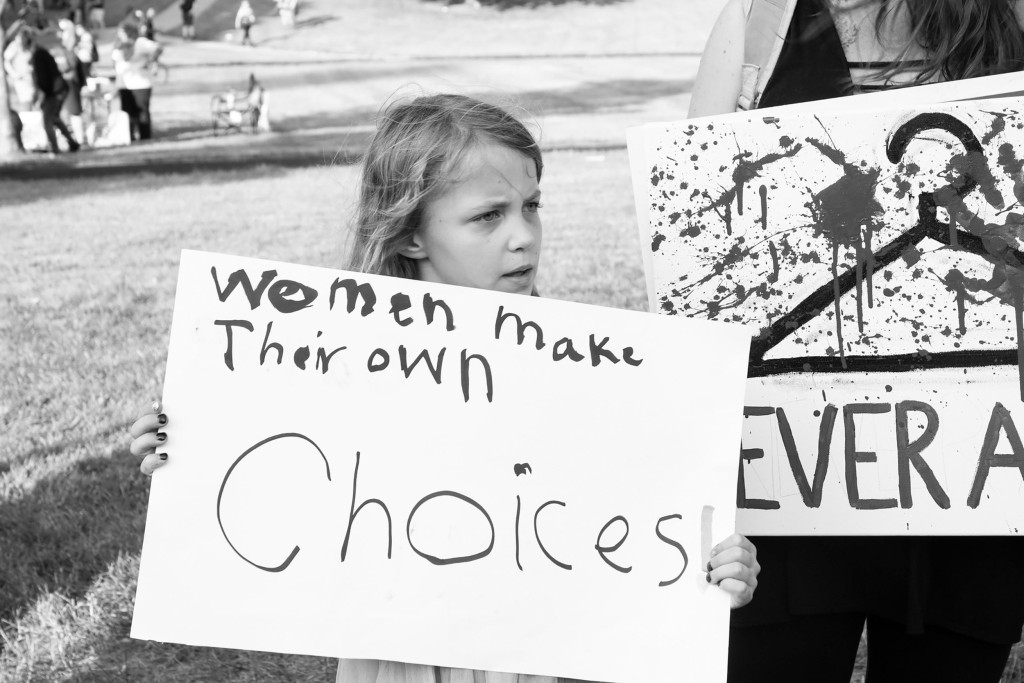 It’s not a tale I often share, but the first time I needed to acquire Plan B, I was en route to Disneyland.

I’d recently moved to LA and had started a relationship with a friend from college. The night before our first planned outing to the most wonderful place on Earth, something of An Incident surprised us both. Having no idea how to go about acquiring an Undo This pill, we Googled our way through the process.

As to not ruin our plans for attending the adventure park for children, we made an appointment with the Planned Parenthood of Anaheim, CA as a brief stop on our way towards the place where I could get in line for Space Mountain and subsequently chicken-out of riding it.

At PP, we waited in a lobby behind bulletproof glass for 15 minutes. Then my girlfriend spoke with a doctor, and we went to pick up a prescription for a single pill. She could take the pill at any point in the day, so inside the park I held her hand while she swallowed the preventive medication.

We were standing right in front of Sleeping Beauty’s Castle—its shadow cast over us, and dozens of screaming children with beleaguered parents formed a Greek chorus of reminders that we were absolutely making the right decision.

That’s the story of some dumb kids, a broken condom, and a multiverse path where they brought a kid into a very, very unhappy relationship that would implode within months.

That story is unimportant. The detail of that day that stayed with us forever was that Planned Parenthood didn’t charge us anything to see a doctor. Not a dime. This would be the first and final time in my life that American healthcare would do that. I currently have a cut on my toe that won’t heal, and even with fairly decent insurance, that’s already racked up like $600.

We, in that office, had to be told aloud that we were allowed to leave without paying for anything. It cost more money that day to eat a churro than to not have a whoopsie-doodle baby.

In the years to follow, I would come to fully appreciate all of the services that clinics offer. Not just preventive care, but check-ups, screenings, medications—this entire spectrum of health services that most people could not fiscally access through any other means.

As a 6’7” former football player, I started spending my Sundays outside of a clinic in south Los Angeles to use my size for the good of others. This facility was staffed by volunteers and only open on Sundays.

By the unfortunate nature of its infrastructure, everything between the parking lot and the front door was public property. Which meant that plenty of people carrying horrific signs and chanting about the fires of Hell could physically interact with anyone entering or exiting the facility.

As a clinic escort, I got a brightly colored vest, and I would help ferry folks between a doctor’s office and their car—a situation most Americans will never have to encounter as they engage with, y’know, general healthcare. Legally, we had a policy of non-engagement, so no matter what a protester did, we had to just sorta pretend it away, and use our body as a shield to help people move through the fray.

There was no way to shout down the man dressed like Jesus that told me my father should have murdered me. There was no way to mute that dude that showed up every week to dangle “bloody” doll parts at women. There was no playlist to block out the actual children’s choir that was sent one day to—not sing for us—but simply throw rocks. Let ye whomst cast the first stone, etc., etc.

As someone who grew up Christian, the cruelty on display here week after week made me feel such shame for the people who thought this was the hill to die on. How does one square this kind of cartoonish abuse with love for each other?

[Not for nothing, but the reason that protesters were allowed such leeway was that the clinic’s parking lot was shared with a Chik-fil-A, which both encouraged their activity and were conveniently closed the one day a week the clinic operated.]

When I moved to Missouri, then-Governor Eric Greitens was doing a victory lap about shutting down almost every Planned Parenthood in Missouri. Oddly enough, without the free healthcare and testing they provided, rural Missouri experienced one of the worst syphilis outbreaks in modern times. Ah, such a win for our state. Much like electing Greitens as governor.

Roe v. Wade has fallen, and Missouri was the first state in the union to use its trigger laws to effectively ban abortion. Contraception is in the crosshairs. And as Judge Clarence Thomas has clearly stated, everything from gay marriage to privacy laws are next on the chopping block.

It would be easy to feel defeatist at a time like this. I remember how it felt to be a clinic escort with a non-intervention policy, who had an adult man screaming in his ear for hours on end while shaking red paint-covered Barbie dolls. I remember the fear of knowing the sheer unhinged dedication that these men brought in their need to control people’s bodies.

I remember knowing in my heart that they will not win.

They have not won. This is not how it ends.